The economic exploitation and developmental neglect of the core tribal areas of India’s eastern plateau and hills across Odisha, Chhattisgarh and Jharkhand have to be tackled through practical solutions unhindered by ideological blinkers 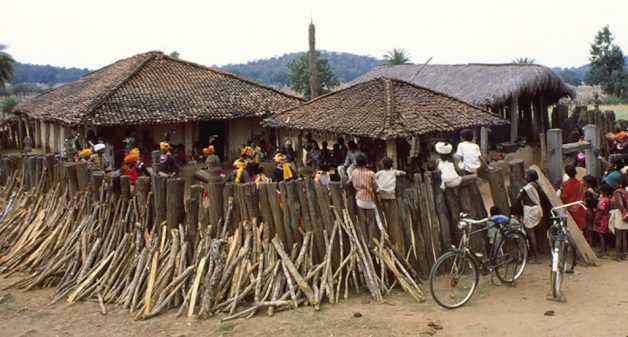 Celebrations at a community meeting place in a tribal village in Chhattisgarh. (Photo by Collin Key)

The eastern plateau and hills region in India, mainly (but not entirely) in the states of Odisha, Jharkhand and Chhattisgarh, is a region that is in crisis for several decades now. A devoted community health doctor working all his life in a missionary hospital in this area has only half jocularly termed this the 5M region. At least one of these 5Ms is core to any major discussion on the region and its problems. These 5Ms are Mines, Maoists, Missionaries, Malaria and Malnutrition.

This region starts near Mandla in the west, includes Gadchiroli in Maharashtra, the old Bastar district, western and southern Odisha and reaches north through Jharkhand and Chhattisgarh to reach as north as Singrauli and Sonbhadra in Madhya Pradesh and Uttar Pradesh. Its eastern fringe is Medinapore in West Bengal with its infamous Jungle Mahal and Nandigram.

This region is home to a large number of people belonging to Santhal, Munda, Ho, Oraon, Gond, Kanwar, Bhumij, Kolam, Kondha, Dungariya, Kole and other tribes. It is characterized by undulating, hilly and mountainous terrain, reasonably good forest, and decent rainfall of about 1200-1500 mm. A large number of major and minor rivers like Narmada, Sone, Tapti, Wainganga, Damodar, Subarnarekha Mahanadi, Brahmani and Baitarni rise in the wooded hills of this region.

There is a strong trend to romantically set tribal people apart from the rest by calling them indigenous people, children of nature who live in harmony with nature. This school of thought condemns virtually all manners of modern development. An extreme form of this view is to treat them akin to protected animals to be conserved in a national park to which then the state will arrange excursion trips for foreign tourists in air-conditioned buses. This actually used to happen till very recently and buses took people to see how the Bondas lived in Bonda hills in Malkangiri.

Since the rest of the country no longer lives like pristine children of nature, the disparity between the tribal folk and others in terms of educational status, well being, health, general progress, etc., keeps rising. Fortunately this sort of madness is restricted to a very few cases. 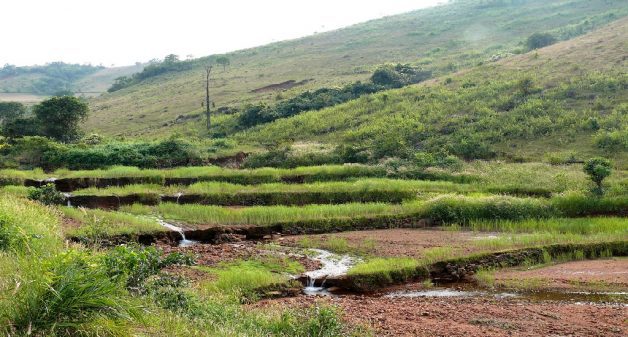 In reality, what has been happening for centuries is abject neglect of the people coupled with rapacious exploitation of the resources in their region, often at their peril. Our ancestors did not kill the aboriginals the way they did in Australia or the United States, but they certainly marginalized them. Dams submerged their homes.  Our ancestors proudly killed the fauna of these people often having their photographs with a dead tiger proudly displayed.

Governments in the past looked only at revenue from timber from these regions. All the ore and metal industries have been taking away the ores and generating wealth elsewhere, including in the form of royalty income to states which is then invested elsewhere. As this wealth brings in non-tribal people, these regions no longer remain demographically dominated by tribals. The savvy non-tribals then become the new exploiters of the tribal folk.  This has happened with tragic consequences in Jharkhand.

The ethnic divide and economic exploitation have together found expression in the form of political protests. The Maoist insurgents have exploited the resultant turbulence. Important rail and road routes pass through the 5M regions and both the protests and the insurgency tend to affect smooth movement of goods and people. Thus in administrative terms, the 5M region has become essentially a matter of law and order for the state. The 5M region has become a core of underdevelopment in terms of HDI (Human Development Index) or other parameters of SDGs (Sustainable Development Goals). This region tops in statistics regarding every form of shameful social ill: bonded labor, serfdom, flesh trade, child trafficking, miseries brought in by diseases, hunger and starvation etc. In that sense it has become a millstone.

Perhaps the most recent complication has been the environmental twist to the issues of this region. The mainland folk, their ancestors having ruined all semblance of ecological balance in their own habitat, have suddenly become great saviors of environment in the 5M regions. It is easy to oppose development to save the environment when those who are already marginalized and impoverished face the negative consequences of underdevelopment.

So then we have a cauldron of political insurgency, environmental activism, economic strife and sharp, stark problems of underdevelopment here in the 5M region. Is there a way out? There is if people were to remove their ideological lenses and think practically. If the focus were on working together in evolving win-win solutions, things could change for the better for every one.

Rather than opposing all mining and metal industry, the focus of the self-appointed friends of tribal people needs to shift to training tribal youth to take jobs in these industries and in all upstream and downstream activities. The industry or the state needs to stop looking for shortcuts and ways to shortchange the tribal people and make serious efforts at including them in the growth. With such a Midas touch, industry, tribal people and the country all could benefit.