The junking of high value currency notes has led to an unprecedented situation where the poor are more at risk from manipulation by the unscrupulous than from any crippling financial loss in the short or medium terms, barring exceptions 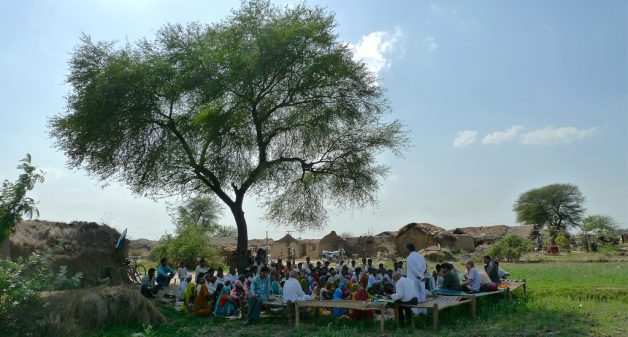 The elephant in the room this week is clearly the unprecedented situation caused by demonetization of the Rs 500 and Rs 1000 bank notes. Among the urban, Anglophone and electronically connected, many tears are being shed for those who share none of these attributes. People who are not “financially included” and live in far-flung areas with inadequate banking outreach are said to be at a serious disadvantage due to this step. The established nexus of caste-class and power would ensure that the better off among these people would manage as well as our ilk do. Hence, it would be a good exercise to think of the impact of demonetization for the rural poor.

Short term income impacts: The rural poor and others get their short term incomes form sale of the produce or labour. There are two classes of produce: the once in a season sort of produce like grains, pulses, oilseeds, cotton, etc., and there is a class of produce like milk, eggs, birds, vegetables, etc., which are sold far more frequently. Not more than 10% of the 240 million MT cereals are ready for the market and in any case rural poor produce barely enough to feed their families on their smallholdings. So the impact on them through this route is minor.

The impact on their income arising out of transactions in milk, vegetables, etc., would be more significant if they were to exchange it for cash in short time cycles. Indeed, the impact will be severe on a very small proportion of the rural poor producers who depend on their bread for the vegetable such as okra sold on that day. The payment cycles for most of the others are a week or longer and presumably they would get their payments in new currency notes. Hence, there’s overall small impact.

Short term expenditure impacts: Aside from the class of landless and migrant wage earners, these impacts will again be small because most of the rural consumption occurs in the form of purchases made on credit. And the wages of these very poor categories seldom exceed Rs 500 per day, so if any the impact on them needs to be seen only arising out of the last category where some one is taking them for a ride.

Impacts arising out of money stock they have: The so-called “piggy bank savings” of the rural folk or more pertinently the savings hidden by rural woman are too small to cross the limit where they would need to worry. Considering that exchange and deposits would be possible virtually without limit for their savings, the impact is restricted only to the extent of loss of their wage earning for the period they spend in queues in front of banks. For them this would be significant, say a day’s wage.

In all probability, this will be resolved via arbitrage by their moneylender or someone who will agree to stand in a queue on their behalf and my guess is that this would be of the order of half a day’s wage or about Rs 100 per affected household. Some 30-40 million households in the rural countryside could experience a loss of Rs 100 is my guess.  The impact would be moderate to severe.

Impacts on incomplete capital asset transactions: Large parcels of land are being purchased on a huge scale across the country for peri-urban housing, for construction of industrial sheds, for farmhouse or weekend houses and, of course, by the State for public purposes. Barring the last, transactions for most others are occurring between private individuals and the landowners. While it is possible to argue that the rural sellers of the lands would be sufficiently savvy about the risk of hoarding cash, those in the far-flung areas perhaps would be more affected. But on the whole the number of people so affected is likely to run into thousands rather than millions and the moral justification for outrage if they suffer because their stash of cash is difficult to become legitimate fund is limited.

Impact due to chicanery and cheating by the powerful: Stories are circulating about how locally powerful men have lent thousands to members of self-help groups free of interest, asking them in return to deposit the sums in their accounts and then repay them months later. There are stories also of unscrupulous miners and industrialists distributing large cash to loyal employees to go deposit in their accounts and return much of it later to the bosses.

There will be multiple versions and variants of such ruthless behaviour. It is likely that rumours will spread about extension of the deadline for exchange of old notes leaving the gullible holding these worthless papers on December 30. To me this route appears to have the highest potential of negative impact on the rural poor.

To sum up, it does not appear as though the demonetization would have significant negative consequence for the rural poor. The worst damage is likely to be on those who are ill informed and gullible or impressionable and hence, targets for manipulation by the more wily and unscrupulous people around them. It is perhaps incumbent upon all those of us who mean well by the rural poor to warn them of these pitfalls and to caution them against wily schemes of the ruthless.