The severe scarcity of currency notes have resulted in business at India’s largest cattle fair, which is conducted entirely in cash, crashing to a halt with most sellers returning home empty handed 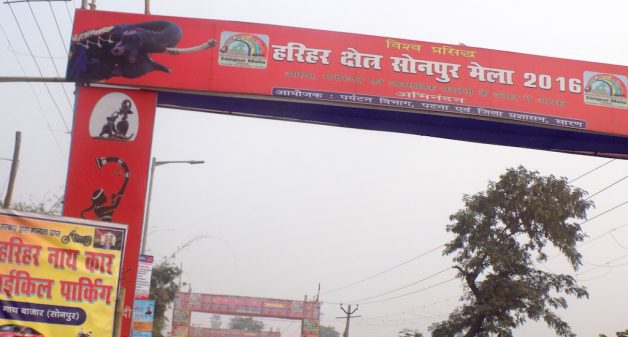 The Sonepur cattle fair, touted as Asia’s largest, wears a desolate look this year. The ghora bazaar, ghai bazaar, chiria bazaar and other enclaves in the huge fair near the confluence of the Ganga and Gandak rivers are deserted and the bustle of selling and buying is missing.

“We have sold only one cow so far. It has never happened before,” says cattle trader Suresh Rai. “It is a big loss but what can we do except waiting for another few days for customers?” Suresh, clad in his usual lungi and banyan with a gamcha on his shoulders, and his brother Upender, both residents of Govindchak village in Saran district, are in a big fix. “In the absence of business, it is difficult to manage fodder for our 10 cows and buffaloes and our own food. Whatever cash we had when we arrived here, we spent in the last fortnight,” he says.

The Government’s announcement on 8th November to withdraw high value bank notes from circulation has had a direct and adverse impact on the Sonepur fair, which starts on 15th November every year and usually continues for a month.  The year 2016 would probably count as the worst year of the fair in terms of business conducted.

Most cattle, horse and other livestock traders have failed to find buyers as the country as a whole grapples with a serious shortage of currency notes. “We are not accepting old notes and there are no customers with new notes,” says Upender. “Where is cash? It is a bad time for us.”

After nearly 20 days since the start of demonetization, the queue at the State Bank of India’s branch in Sonepur fair shows no signs of easing up. Cash is the lifeblood of the meal and there’s no cash to be had.

In earlier times, the Sonepur fair was famous for the buying and selling of elephants. Today, the elephants are only for show but vigorous trade takes place in other animals such as horses, pedigreed dogs and cattle, as also a large variety of birds. Not this time.

Another cow trader, Billath Singh, said last year he sold 10 cows but not a single one this year. “Where is the buyer with cash? There are no cattle buyers in the fair because of notebandi (demonetization). Ever since the fair began, I have not sold even one cow.” Singh said this year the number of cows was nearly half of the last year. Less than 100 cows were brought but nearly 40 cows are still unsold. Many traders have simply left. 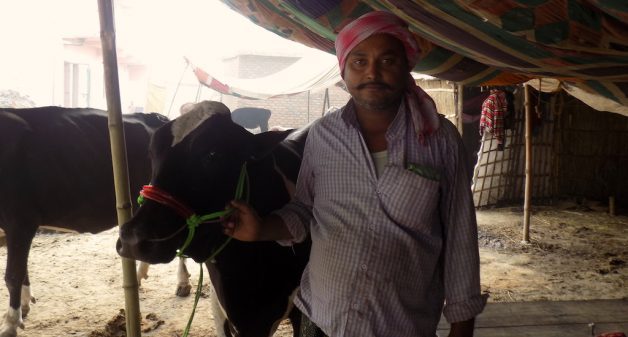 No buyers for horses

Singh’s plight is clearly evident in the numbers collected by various state government departments at the fair grounds. For instance, more than 2,200 horses were brought to the fair for sale this year but barely 200 were actually sold. In fact, the horse traders have mostly departed from the fair. “Two days after fair began, the number of horses was nearly 2,200. The number reduced to less than 400 by the end of November,” Jeevan Kumar, assistant disease investigation officer of Bihar’s Animal Husbandry Department, told VillageSquare.in.

Ranjeet Prasad, a horse trader still camping at the fair, said demonetization has made a big difference in his earnings. “We have been forced to sell horses at minimum profit as there was less demand due to the cash crunch,” he said. Prasad, who has been visiting the fair for over 30 years, said he has never faced such a problem of low sales. “I have succeeded in selling a dozen horses but this year’s fair is bad for cattle traders. Most of the horses left the fair sooner, sensing poor sale due to lack of cash.”

Demonetization has badly hit business at Sonepur, according to Saran District Animal Husbandry Officer Krishna Kant Kumar. “This time business, particularly sale of cattle, is very poor,” he told VillageSquare.in. “Demonetization’s effect is evident with drastic fall in number of cattle sold at the fair. The cash crunch forced potential buyers away. As per our records, only 264 horses were sold at the fair. Last year, 2,575 horses were sold, mostly during first fortnight.”

Shrikant Singh, a forest officer at the base camp of the fair of forest department office who has been posted here for some 20 years, said that business has been so bad that cattle sellers have offered discounts, but to no avail. “There are no buyers for cows even at half its price because there is a cash crunch in rural areas,” he told VillageSquare.in.

Other business hit as well

It is not only cattle traders but also small businessmen, who have set up shops, who are bearing the brunt of demonetization. “We are left with only 25 per cent business. It is difficult to manage for rent and there’s no question of profit,” said Mohd Hasan, a shopkeeper from Rajasthan selling household items. “It is a total loss.”

Maanjit Singh from Ludhiana and Sohail Ahmad from Jammu and Kashmir, both traders of woolen clothes, said the cash shortage has badly reduced their business. “We had not anticipated this loss because we arrived here on 9th November, a day after demonetization. We never imagined that people would be without cash”, Ahmad said.