It’s much better to dig than to build for water

Supported wholeheartedly by women in Samastipur district, the prohibition of alcohol in Bihar has freed up resources that can now be leveraged to bring about significant social transformation 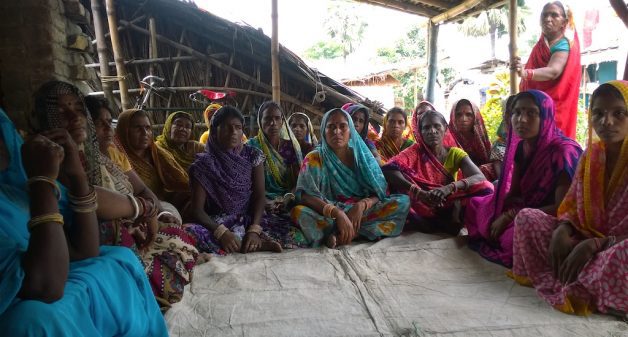 Women in rural Samastipur are supportive of the government’s blanket ban on alcohol consumption. (Photo by Debika Goswami)

Mamta Devi is convinced that with the prohibition of liquor, villages in Bihar are happier and the face of the entire state will change for the better if other items of intoxication are banned as well. Mamta Devi is a 30-year-old woman living in a village in Samastipur district. She is one among those thousands of women who have at once felt a great relief from physical abuse and mental stress by the men in their families with the commencement of the Bihar Excise (Amendment) Act in April 2016, which restricted the production, transportation, sale and intake of alcohol in the state.

The new law is strictly enforced through rigorous checks and penalties are levied in case of violations, which include fines as well as prison sentences. However, the liquor ban received a big jolt as the recent decision of Patna High court regarded it to be unconstitutional. The issue brings to the fore a clash between the fundamental rights of citizens and restrictions levied for a social cause.

What is of significance is the context in which the liquor ban has been imposed, given the adverse socio-economic consequences of the same on poor families. It is important to analyze whether women and children belonging poor families welcome the act banning liquor. How have they benefitted from the regulation? The answer to this lies in the fact that the prohibition of liquor has brought rays of hope in the lives of thousands of tormented rural women and children who are impacted by the ill effects of alcoholism.

It has led to the prevalence of the much sought-after tranquility within households and in the society at large. It has ensured an improved quality of life in terms of adequate food, education and a secure future for family members. Overall, it has helped women and children live more dignified and prosperous lives.

Right now, with the prohibition of alcohol, rural households are saving approximately Rs. 100 per day, back of the envelope calculations show. The saved amount, which was earlier spent on alcohol, is now invested in more nutritious food for family members, better educational facilities for children, healthcare for family members and other general household expenses.

In addition, some families are also investing in improved agricultural equipment and savings in banks and self-help groups, whereas earlier “people who were desperate to drink even sold portions of their lands and property for it,” says Chandra Devi of Rupnarayanpur Bela village in Samastipur district. The direct implication of all these indicates a general improvement in the quality of life accompanied by the prevalence of peace and happiness within the households, which was earlier affected due to the ill effects of alcoholism.

Coupled with the monetary savings, the savings in terms of time also count immensely. Now, men in the families tend to invest time on household activities, which was earlier spent on boozing. Increased attention towards family and children, taking out time to have meals with the family members, all these have lead to the prevalence of harmony within the households. Besides, there have been incidences of increased socialization in the community as well, with men spending time on games of cards in the evenings. However, the best time utilization can be seen in increased working hours in the agricultural fields, which also has paved the path for better income generation.

Women have also reported a drastic reduction in domestic violence after the law prohibiting liquor came into force. They can now lead a more peaceful life free of daily worries about wastage of money on alcohol, fights and abuses by drunken male relatives, physical violence and conflicts in the wine shops and similar incidents. The relationship between husbands and wives in the families has also improved because wives now feel more emotionally secure. Sundarvati Devi, a 50-year old woman from Jhahuri village of Samastipur district, happily says: “Great reduction of domestic violence has happened in my household as a result of the ban. This has given me a lot of confidence and mental peace.”

Emotional security of the children in the rural areas of Bihar is also bolstered. The fear feeling which emanated from witnessing drunken male relatives using abusive words or beating up their mothers created adverse impacts on their minds. Most of them lacked concentration on studies and did not prefer staying at homes in the evenings and nights when the intoxicated relatives used to return home.

With this new law in force, the situation has undergone a radical change. A reduction in household fights among parents has made the children feel more secure and pampered as their needs are better taken care of now with the extra money saved from checking liquor consumption. Besides, the dependence of the children on their fathers have also increased as they are spending more quality time, unlike earlier days when they were afraid of their intoxicated fathers.

Thus with improved household situations, the children will gradually learn to value their parents and concentrate on educational activities. On the other hand, with the commencement of the new law, there has been a sharp reduction in the number of fights in the village society at large, which were earlier daily affairs because of the effects of intoxication. Overall, the peaceful household and societal ambience now are supportive of the constructive development of the kids in the rural areas of Bihar.

In spite of all the positive impacts, it is true that prohibition of liquor through legal enforcement is a short-term solution and if imposed for a considerably long period of time, its operation may become difficult. It may lead to illegal marketing of alcohol. Hence the emphasis should be on behavioral change of individuals and the society at large. Awareness generation and sensitization programs in schools, colleges and other institutions clubbed with societal awareness drives by the government at regular intervals should be the key to usher in behavioral change.

In addition, the government and civil society organizations in Bihar stressing on the importance of fighting the ill effects of liquor consumption in poor families should also design and implement special programs for the economic and political empowerment of the women who can become agents of change in their families. Building social capital among women in Bihar can yield long-terms dividends for the state.

Debika Goswami is a Programme Leader in Governance and Policy Advocacy in S M Sehgal Foundation. She holds a Masters degree in History from Presidency College, University of Calcutta. She has a Master’s degree in Non-Farm Activities and Rural Development in Developing Countries from the University of Rome, La Sapienza. She has seven years of experience in research on rural governance, livelihood and income generation of the rural women.

Debika Goswami is a Programme Leader in Governance and Policy Advocacy in S M Sehgal Foundation. She holds a Masters degree in History from Presidency College, University of Calcutta. She has a Master's degree in Non-Farm Activities and Rural Development in Developing Countries from the University of Rome, La Sapienza. She has seven years of experience in research on rural governance, livelihood and income generation of the rural women. 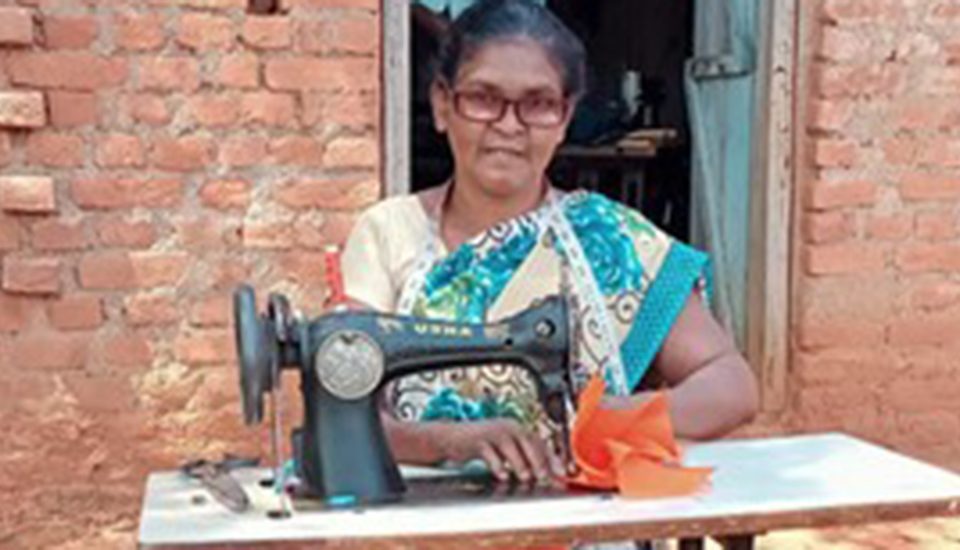