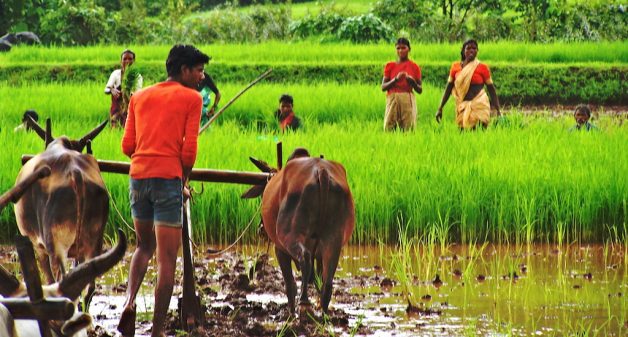 In the past decade or so, there has been frequent talk about plough to plate in Indian agriculture. The allegory is meant to represent addressing the issues in the entire value chain that has farm production of food on one end and the final consumer at the other. Doing so is expected to eliminate inefficiencies and waste in the system and result in improved incomes for the farmers as well as enhanced value for the consumer.

For a tiny, if not microscopic, section of producers in some select pockets of the country, this dream has been approximated. However, for a huge bulk of producers and for the bulk of produce, this dream is elusive. It is also undeniable that land and affiliation to it comes in the way. This issue of effective and beneficial integration of small producers of farm produce in the food markets has received quite some attention in recent time. There are issues in the production systems as well as in the large variability in time, space, and taste of consumers, the proverbial kings of the markets.

On the side of production systems lies the land question. The typical operational holdings are small, often under a hectare. These holdings too may not be in a single contiguous patch of land but scattered in four or five tinier bits. Land consolidation has occurred only in the irrigated alluvial Indo-Gangetic basin areas of Western Uttar Pradesh, Haryana, and Punjab. In these pockets, even with the subdivision of property over generations, the average plot sizes remain reasonably large, often closer to a hectare.

In most other regions, however, spatial diversification to partially offset weather or nature-induced risk and partially as a result of subdivision of land over generations; average plot sizes have fallen drastically. The smallest average plot sizes are in very populous states such as West Bengal or Bihar. It may be argued that even so, all the farmers in a contiguous compact area can grow a pre-decided crop so that lot size will rise and of the produce will become somewhat more homogeneous.

But this does not happen since small plots are owned by autonomous smallholder farmers. They decide independently of each other and in response to their own family conditions and opportunity sets. Each of them tries to diversify his crop and activity mix in order both to meet a wider range of his economic needs and to reap the advantage of the incomplete correlation between variation in crop incomes.

As a combined result of these two factors, for any market operator interested in engaging in the processing of a food crop, operations become tough. To obtain 10 tons of wheat in Punjab, a market operator may have to engage with just one farmer. But to obtain a single ton of fresh peas in Madhya Pradesh, a processor may have to engage with 15-20 farmers spread over a much wider area than a single farm. Several consequences follow.

The number of transactions for the same volume rises in Indian farm sector compared to most developed countries. Quality variations are much higher. Coordination costs on a per unit basis are much higher. Efforts to harmonize growing practices across farmers and efforts to change agronomy and efforts to introduce innovations all, therefore become more expensive in Indian agriculture. Moral hazard has a greater chance of affecting contracts and cost of monitoring and contract enforcement high.

The issues arising out of the consumer side are well known. I was told by a marketer that there are 16 types of wheat and 9 types of wheat flour in demand and one of his competitive advantage is in matching the right wheat for processing the flour needed in a specific region. Consumer tastes and preferences in fresh produce vary even more sharply and by occasion and time of the year. Matching these variations with a production schedule in a production system characterized above is so tough that no one has seriously even attempted it.

It can perhaps be said that market is and will remain what it is and it is better to make adjustments in the production systems if better alignment and value accretion is sought. This calls for consolidation. In the absence of any meaningful possibility of land consolidation and with perennial atomization of producers, it calls for virtual consolidation. This could be in the form of harmonizing production efforts via a farmer producer organization (FPO) that can credibly act on their behalf or of short and medium term leasing so that decision making can be centralized; or contract farming.

The first solution has been pushed by many, including the World Bank, but has made hardly any dent. A large proportion of the FPOs is organizational equivalents of severe acute malnutrition and stunting. This happens due to the peculiar legal regulations: only producers can have equity in these. Since producers are small and poor, they can contribute only so little. That means that the FPO has little owned funds and remains a virtual cripple in doing any meaningful business.

The second solution of short or medium term leasing has not been seriously tried out on a formal and large enough scale. A current Bill under consideration of Parliament could pave a way for this to come about. Finally, there is the possibility of contract farming. This would become possible when market players see large enough business in fresh farm produce. Feeble attempts for contract farming have started for a few commodities like potato but the scale is too small.

Thus, land does indeed come in between the plough and the plate and we are struggling to remove it from retarding the growth of farm sector.