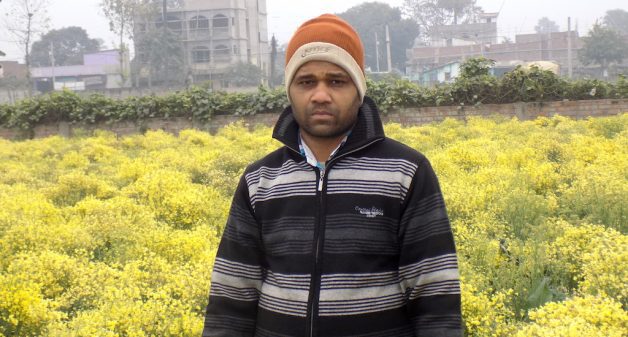 Rakesh Kumar, an educated youth in his late 20s, is neither keen for a government job nor is he willing to migrate out of his village in search of a job. His income from “brand quality” cauliflower seed farming is more than adequate for a good living.

Rakesh, a postgraduate, is not alone. There are over a dozen educated young people in Chakwara village in Bihar’s Vaishali district who have made cauliflower seed farming their main source of livelihood that has turned this poverty-stricken village into a prosperous one. Chakwara is a striking example in rural Bihar as out-migration to earn a living is common all over the state.

Rakesh’s family own only 10 katha of land (one-third of an acre) but he has taken nearly 4 acres of land on lease for seed farming. “Most seed farmers like me have small landholding of their own and have taken land on contract for seed farming near the village and at different places,” he told VillageSquare.in. Rakesh said his family earns at least Rs 1 lakh per bigha (1.6 bigha equals one acre) of land through seed farming. “We are happy as income from seed farming is more than we can earn by doing a job,” he says.

Most of those in seed farming belong to an agrarian caste locally known as Koeri (or Kushwaha). They are broadly classified as Other Backward Classes (OBC). There are some from other castes like Yadav, again an OBC, growing cauliflower seeds in Vaishali.

“There are more than 100 branded seed companies in different villages in Vaishali. They are either selling seeds directly or through small and big traders in this field across the country,” Sanjiv Kumar, a resident of Chakwara and the man behind innovative and high-tech seed farming and its branding, told VillageSquare.in.

Like others in Chakwara, Sanjiv said that as he did not own enough land but started contract farming to grow cauliflower seed. Similarly, in villages like Shahpur and Purkhauli in Lalganj block, and Rasoolpur in Mahua block, farmers have taken land on contract for seed farming. 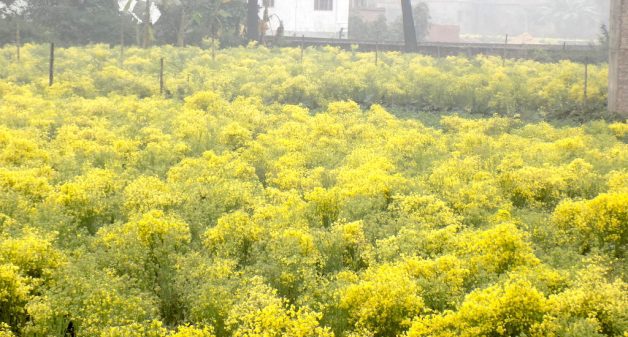 Ratan Kumar Singh, another cauliflower seed farmer, said he earns over Rs 5 lakh every year from his seed farm after spending on labour, pesticides and other things. “I, along with my brother Raj Kumar Singh have 6 bigha of land. Our main cultivation is cauliflower seed. Our brand is Raj Ratan seed and we sell it to traders in Uttar Pradesh, West Bengal, Punjab, Himachal Pradesh and other states.” Ratan, in his late 30s, said every seed farmer has his own brand.

Another villager, Sunil Kumar, who is in his late 50s, said the seed-farming situation has changed since 2005 after a group of villagers led by youth like Sanjiv has formed Anndata Krishak Club. Earlier, few people were in traditional seed farming. Now from Konhara ghat to Biddupur, a stretch of 30 km, seed farming is blooming and has become a cash crop. “We cultivate and produce seeds of tomato, brinjal and chili but the main focus and business is cauliflower seed. It has given us name, fame, and money,” he said.

Sanjiv said villagers in Chakwara and dozens of other villages prefer seed farming to do any job. “Seed farming is more lucrative than a job for villagers because they don’t have to leave their family to migrate outside Bihar in search of a job and income from seed business is adequate for a good living,” he told VillageSquare.in.

Many families in Chakwara and neighboring villages like Lodipur, Rambhadra, Meenapur, Jhadua, Nawada Khurd and Senduari have become affluent thanks to seed farming. It is the seed economy that changed the face of the villages and mindset of villagers, particularly the youth. “Good income from seed farming has open new paths for village youth to earn a livelihood at their native place instead having to migrate,” Sanjiv said.

Sanjiv recalled that the situation was bad in Chakwara even a decade ago. “I along with a group of unemployed educated youths have set up Annadata Krishak Club (in 2005) with the help of NABARD (National Bank for Agriculture and Rural Development) and Bank of India and started seed farming in a new pattern with scientific training and high-tech approach,” he said.

Initially, 24 farmers were trained in the cultivation of cauliflower seed by the Indian Institute of Vegetable Research, Varanasi. “So far, hundreds of farmers have been trained,” he said. There are now 25 registered members of the Annadata Krishak Club in the village. “We have worked on increasing yields of cauliflower seed by taking training, improving its quality and size, and put new marketing techniques developed by us to sell it as brand across the country. The Internet also helped us in it,” Sanjiv said.

During the ongoing winter season, particularly in January, farmers were seen working in hundreds of acres of cauliflower seed farming. Usually, farmers sow cauliflower in July and sell the vegetable by November-December, leaving one-third of the crop for growing seeds. The seed is harvested during February and March. A katha (1361 sq ft) yields 7-8 kg of seeds. Chakwara grows the seeds in over 100 acres of land.