A deeper dive is needed to draw insights from the low prevalence of farmer suicides in Bihar than in more developed regions of India such as Maharashtra, Tamil Nadu, and Andhra Pradesh 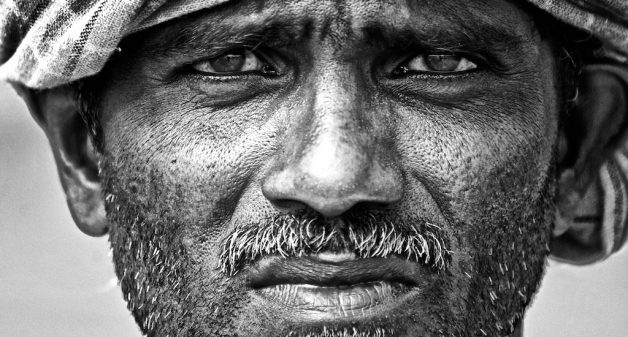 Despairing farmers driven to suicide has become a common phenomenon in India. (Photo by Prabhu B Doss)

Suicide is among the most important antecedents of death in India, perhaps equaling, if not exceeding, road accidents. The better-developed and governed states of Kerala, Tamil Nadu, Puducherry and Andhra Pradesh show a higher incidence of suicides (number of suicides per 100,000 population) than the relatively backward states. Bihar, for instance, shows a suicide rate that is under 1 per 100,000 of the population.

The past two decades have shown a spurt in suicides among farm families. This started becoming a public issue with the rise of suicides in Telangana, spreading through Vidarbha, Punjab, and Karnataka. The latest leader in the morbid race has been the Marathwada region in Maharashtra. The Beed district in Marathwada alone has reported over a thousand suicides in the last two years.

There have been numerous analyses of the suicide phenomenon through scholarly writing, particularly of farm suicides. Suicides are said to be a result of acute distress. In most cases of young suicides, such distress arises out of failure (in exams, in romantic affairs, in marriages or at post-partum stage in a woman’s life). While some may be manslaughters cunningly made to look like suicide, most of these deaths occur as a result of rash fatal acts taken in an emotional frenzy.

Suicides among older people are said to arise out of uncontrolled stress arising out of the secular trend of events in personal life. Farm distress-led suicides often said to be resulting from unmanageable debt burden, are in the second category. Of the total suicide figures, those associated with farm distress are in a minority, but they attract far more media attention as they can be sensationally ascribed to the presumed failure of government policies and programs.

It is interesting as well as instructive to compare the regions, which show a similar if not worse level of objective adversity with these regions reporting high levels of farm distress-led suicides. It can perhaps indicate possible ways of controlling the avoidable loss of life. Hence we take a look at flood-prone areas of Eastern Uttar Pradesh, Bihar, and Assam and compare them with regions such as Telangana, Vidarbha, and Marathwada.

As a consequence, farmland in flood plains tends to be much smaller, running for an average family in less than half an acre, compared to 7-8 acres in the dry areas. While the dry areas suffer periodic droughts, complete crop failures are rare. For the flood plains, not only complete crop failures but also the loss of the very land, habitation and animals, is not uncommon. It is thus not possible to argue that the adversity experienced by Bihar’s flood-prone areas is in any sense smaller than that of the dry lands.

Yet, the suicide rates there are much lower, almost negligible. Read through the hundreds of the reports on farm suicide and perhaps the number of those mentioning farm suicides in Bihar could be counted on fingers, if the counting begins at all. What does Bihar have that these regions do not have? What are the takeaways from Bihar, which can be profitably deployed in the dry lands to save lives?

Pundits could argue that Bihar had an institutionalized inequity, the region being the epitome of the oppressive zamindari systems of the Permanent Settlement. Two consequences derive from this history. One, the masses have always lived in penury and hence have evolved ways of living in adversity. Secondly, the social systems emerged in which solidarity of the poor of sorts had a place. While exploitative, these systems seldom led to suicides.

Most importantly, these historical experiences have led to an expectation management ethos where the poor in Bihar have limited aspirations. The second and a powerful factor is that of wage income from distant but circular migration.  After all, Punjab and Haryana’s Green Revolution happened on the back of Bihar labor as much as did the prosperity of cities like Mumbai. Since migration income is not correlated with floods, there is a sort of stability in their total income flows.

The situation in drought-prone regions is different. A bulk of the suicides from dry lands is among the landed gentry, perhaps second-generation males of considerably well-off homes. They have seen good days when they were children but see no hopes of those good days coming back. They have social expectations placed on them by dint of being descendants of prosperous families and they have no ability to meet these expectations. So the causes of distress have elements other than objective adversity alone.

Are these factors adequate to explain the sharply different rates of farm distress-led suicides in the two regions? If so, then one can say that nothing can be done in the short run. We cannot change the history of the dry lands, nor can we change the labor migration pattern on a large scale in the short run. Before we supinely admit this to be the case, we have to confront the reality that scholars of suicides in branches of psychology have a different point of view. They argue that access to means of committing suicides, perceived gap between aspirations and reality, inability to share the mental burden with peers are some factors which are more proximal to suicidal behavior than the presence of mental stress alone.

In this set of factors, we may perhaps find the real culprit. Deadly pesticides, including the horrible poison of organo-phosphoric formulations, are used to a far greater extent in the drylands than in flood-prone Bihar. American boll weevil caused more damage to human life through misuse of the pesticide meant to kill it than it did to crops. There is, in fact, a race among pesticide manufacturers to sell more and more of their products in these regions. Even a whiff of some of these can be injurious, a swallow decidedly fatal.

And these pesticide cans are jostling against each other in average farm homes in Marathwada or Vidarbha. Can access to means to suicide be easier anywhere? Whether due to default crop pattern (wheat, mustard, and gram) or whether by its life pattern, Bihar simply does not consume so much poison in its farms. Is low consumption of pesticide the true lesson from Bihar?

Can this indicate what needs to be done in drylands? Is it, for instance, conceivable that pesticide purchase too needs the strict regime of expert prescription and quantitative regulations which currently govern the sale of Schedule H medicines including, in particular, the most abused class of sleep drugs? Or, can one see a system where centralized village authorities do pesticide sprays and farmers simply place an indent on them?

Such a system could, of course, attract much opposition from multi-national as Indian vendors of these poisons and also need creation and stabilization of such village level bodies but could verily save lives.