Rethinking irrigation needs to focus on end results and in exploring every possible way of reaching water to crop roots. For this to happen, perhaps the hegemony of the irrigation bureaucracy needs to come to an end 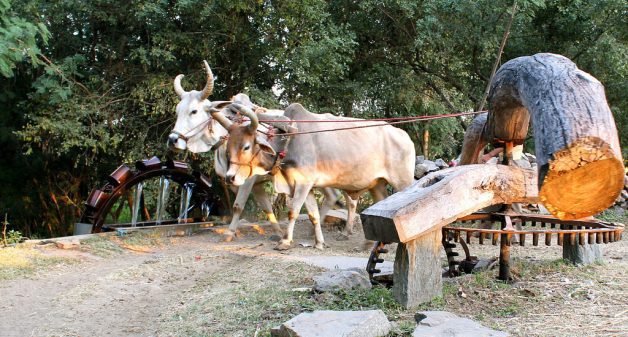 Since Prime Minister Narendra Modi announced the intention of ensuring Har khet me pani (water in every field) not during an election campaign, it can be taken seriously. One can say the same about the intention as announced in the budget that he wishes to double farm incomes by 2022. If these intentions are to be achieved on the ground, the country needs to look at questions about water and irrigation more seriously.

The question of doubling farm incomes as well as of irrigation concerns all farmers who are currently dependent solely on either rains or an unreliable canal network. While the specific texture and content of problems in regard to irrigation and farm prosperity vary across regions, we may start looking at some specific and particularly needier instances. I am more interested in these issues as they pertain to the overcrowded but resource-rich eastern parts on one hand and the parched lands in the dry central regions, habited by many indigenous people, on the other.

The word irrigation evokes a somewhat mistaken image in most minds. The word makes us visualize large dams with their imposing and multiple gates releasing water that flows through a whole network of canals eventually satiating farms along them. This is despite the reality that more lands are irrigated by sources other than canals than those that are irrigated by canals themselves.

Large dams are convenient only to state irrigation departments. Recent history has been very dismal and money is being invested with little or no tangible return to show for it. A few years ago, a scholar reported that despite spending Rs. 140 billion on irrigation, the total irrigated area in that year had actually shrunk. We have any number of dams that does not irrigate a single acre and canals that stand as gaping long depressions in the landscape that contain only the run-off water during monsoon.

But such dead or near-dead investments also have the potential of producing a miracle. Madhya Pradesh, for instance, improved the irrigated area and its agricultural production in recent years by just repairing and fixing its then awful irrigation network. So clearly, everywhere the focus has got to be on fixing the infrastructure already created.

There is a behavioral and hence, a genuine problem here. Who is interested in repairing badly designed and constructed infrastructure? It’s certainly not the top-notch engineers. Even a century after, Sir Aurthur Cotton’s statue still adorns the barrage on Godavari, undoubtedly a true marvel in siting and designing a remarkably useful structure. And we have other heroes thereafter.

Each irrigation engineer perhaps models himself on the legendary Cotton or Bharat Ratna M. Visvesvaraya, who designed massive dams like Bhakra and Hirakud. But no one remembers who fixed the leaky Sukhtawa dam and canals, which caused such heavy waterlogging in the black cotton soil regions of Hoshangabad. All the professionals are mainly interested in creating huge, grand structures, which stand a testimony to human achievement and their massive intelligence. And no one wants to do less glamorous things like repairs and fixing. This common folly, which I call the Visvesvaraya complex, is not unique to Irrigation engineers alone but is seen across other professionals.

One way, therefore, is to use the administrative power as was done in Madhya Pradesh and solve this problem of poorly executed and maintained infrastructure. The other way, far more popular with engineers, bureaucrats, and politicians, is to try and create new infrastructures of dams and canals.

As of now, all tribal people and poor farmers living in catchment areas of all potential dams are leading a happy and ignored life uncluttered with interactions with pesky friends of tribals and environment. And the intellectuals and the media are working or rather talking overtime on issues like intolerance, role of beef in culinary diversity and military excesses.  But the moment new dams or canals are seriously proposed and start descending from their blueprints on to terra firma, these folk and their chatterati friends in Delhi will wake up to the new cause.

The result of such cacophony will be delays in project completion by decades and cost overruns of a massive order, both so loved by everyone, starting from engineers who make their careers in constructing, contractors who gain from time overruns, to sundry activists who can preach yet again about the terrible sins of displacement.

But irrespective of all this, irrigation through dams and canals system can reach only a fraction of all farmers. If India relied only on this route, it will therefore always be a kuch khet me pani (water in some fields) and not har khet me pani. So one needs a rethink on irrigation and on water. If one sees that the basic role of irrigation is to provide water to crops through some artificial means (means other than letting simple rainwater reach the roots of the plants), many other ways of making this happen become possible.

Many ways to irrigation

Groundwater use is one of them. In hilly regions, using diverted waters of existing springs and streams is another. Deepening streambeds to increase the length of time during which water is retained in them is the third. On-farm and in-situ retention and harvesting of water is the fourth. Improving the efficiency of water extraction, distribution, and on-farm use is the fifth. Specifically learning from Israel to grow many more crop units per drop of water is the sixth.

There could be more ways. It will be instructive to devote time to each of them. Thus rethinking irrigation will need to focus on the end results — explore every possible way of reaching water to crop roots. One thing is, however, very clear. For this to happen, perhaps the hegemony of the irrigation bureaucracy will need to end. And whether this will at all happen is moot.