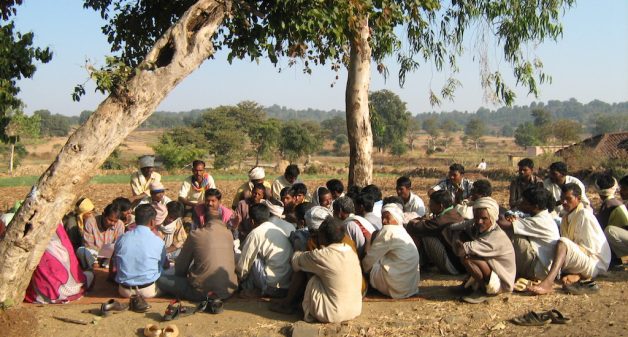 A few years ago, Barkheda village in Mandla district of Madhya Pradesh was a typical example of how rural communities neglect their common resources and let them degrade or be used by a few influential households. Then a few villagers decided it was time for change.

With the help of development workers from a non-profit with expertise in natural resources management, some of them figured out that the commons could be used to the mutual benefit of the community at large. They started raising their voices at village council meetings.

“The gram sabha (village council) provided a much-needed platform for the villagers to raise their voice, and exert social pressure on encroachers to remove their encroachments from the common water bodies,” Santlal, a resident of Barkheda, told VillageSquare.in.

Santlal’s statement echoes the sentiments of many, as it stems from a community that has taken its affairs into its own hands. With the confidence that comes from self-governance, the community has breathed life into its schools and anganwadis (day care centers), besides managing their common resources such as forests, ponds and check dams efficiently.

With a predominantly tribal population, Barkheda is a village typical of the central Indian landscape. With marginal landholdings that are mostly rain-fed, the households earn about Rs 50,000 per annum. Typical of a tribal village, Barkheda, though rich in natural resources, was riddled with poverty.

A few years ago, the villagers took charge of their natural resources and established a village executive committee. Since then the committee has been governing all the water bodies of Barkheda. The village now has rules on water usage, based on the principles of equity. 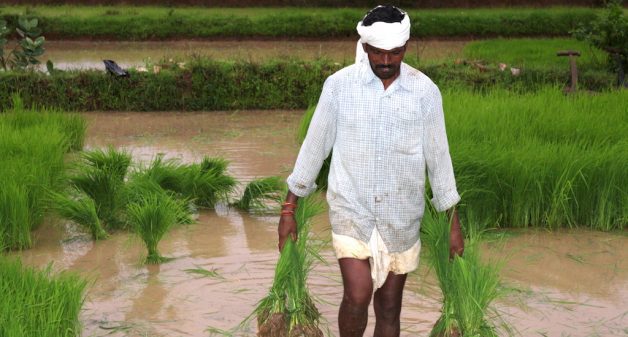 For instance, better water management enabled 13 farmers in the village to cultivate a second crop on 10 hectares of land. They started with cultivating wheat but it required more water than was allotted to them. So the committee asked them to shift to lentils and pigeon pea, where the water requirement was lower. Thus the matter was resolved to the satisfaction of all members of the committee. The water resources are managed so well that the villagers now have water even for their cattle in summer; earlier they used to take the cattle far in search of water.

The village committee completed a partially built school building and got some of the habitations electrified. It also loaned money to a village youth so that he could start working as a representative of a public-sector bank. This person has opened a kiosk and offers banking services in the village. It is the only kiosk in Bichhiya administrative block, to which Barkheda belongs, which is exclusively serving villagers. There are a few more operating in Bichhiya town.

Taking cue from Barkheda, many neighboring villages have begun to manage their water resources. A resurgence of community fisheries has also been observed in the Bichhiya block. Most village ponds in Madhya Pradesh were unproductive due to lack of maintenance and protection, one example being Kherotola village in Thonda panchayat.

Like Barkheda and Kherotola, more than 90 villages in Bichhiya have been transformed due to self-governance. The common factor in all these villages is the focus on community deliberations and the growing confidence in collective planning and in developing inclusive rules.

The impacts of self-governance are far-reaching, reflecting the Gandhian vision of gram swaraj, where communities manage their own affairs through local norms and boost the local economy towards collective prosperity.

The model has had critics too, the prominent one being B.R. Ambedkar. He opined that without eliminating feudal and caste divides, gram swaraj may further reduce the democratic rights of marginalized people. However, the ideas of Ambedkar and Gandhi have been peacefully mingling on ground for decades. For instance, in Kherotola, when a widow ruptured the embankment of a pond to irrigate her land, the villagers handled her case with empathy. The bund was repaired and arrangements were made so that she could draw water without damaging the embankment.

Similarly, there are sanctions for violating community rules, depending upon the gravity and frequency of violation. This is because villagers value modern principles of democracy and natural justice, given their improved levels of education and awareness. Universal adult franchise, positive discriminatory laws and decades of public education in democracy have contributed slowly but surely in improving grassroots democracies.

What spurs Bichhiya villages towards self-governance? Firstly, tribal societies have an age-old culture of self-help and self-rule that manifests itself now and then, though the state downplays it. Secondly, major policies are all encompassing, bypassing locale-specific needs, especially the needs of tribal areas. One can say that the interventions came out of pressing need.

The Foundation for Ecological Security, an NGO working on eco-restoration and strengthening of village institutions, has been trying to nurture these initiatives, where civil society is an important contributor. Most importantly, the strong leadership in these villages is responsible for such transformation.

The vision of leaders such as Raisingh Kushram of Barkheda has helped steer the cause. In order to restore a water body, he convinced the encroachers to remove their encroachment, though it took him a year.

While gram swaraj draws its strength from the Constitution, legalities reduce the scope for village governance to a bare minimum. Self-governance is curtailed by a number of rules and legislations, which is compounded by the lackadaisical implementation of acts such as the FRA.

Moreover, as Ambedkar pointed out, fissures due to caste and religion, compounded by divisions due to exploitation from colonial times pose a grave danger to democracies at all levels. Such aberrations can be addressed though it is a long-drawn process of democratization, education and awareness.

Civil society that has by and large been focusing upon short-term gains, has to understand that it is a marathon, not a sprint. Transformations need to be supported and nurtured for long durations.

Finally, growing materialism and changing value system between rural and urban environs weaken communities’ cohesiveness in villages. For instance, non-participation by citizens in governance and constant cribbing rather than solving the issues is a typical urban attitude, since urbanites lack collective responsibility.

The close-knit rural communities need to keep their strength of community bonding intact. Networking will bolster the efforts and improve the functioning of village administrative institutions. Working together on issues will help villages learn from each other’s successes and failures, making redressal of larger inter-village issues easier.

“We have worked on our natural resources,” Raisingh Kushram, president of Barkheda village committee, told VillageSquare.in. “Now we need to improve education and health in our village.” With the present federating processes that hold promise, integrated approach to development as stated by Kushram is the key to sustainable development.

Ishan Agrawal works with Foundation for Ecological Security, a non-governmental organization, and is based in Mandla district of Madhya Pradesh. He is a postgraduate in rural management from IRMA and a Lead India fellow.

Ishan Agrawal works with Foundation for Ecological Security, a non-governmental organization, and is based in Mandla district of Madhya Pradesh. He is a postgraduate in rural management from IRMA and a Lead India fellow.