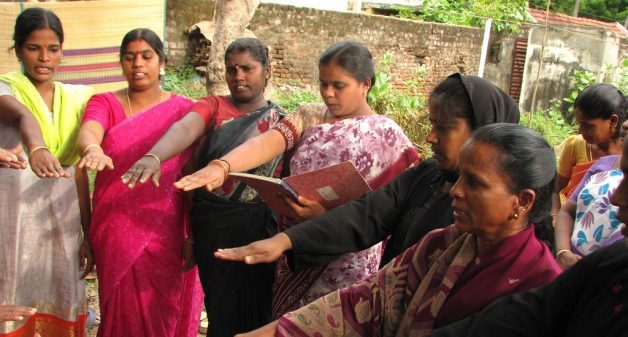 NGOs have played a pivotal role in the women’s self-help group movement in India. (Photo by McKay Savage)

In July 2017, the Supreme Court reiterated the need for a law to regulate the activities and funding of non-governmental organizations (NGOs), notwithstanding the guidelines submitted by the central government for the NGOs’ accreditation. Following a PIL against an NGO for misappropriation of funds, the Supreme Court expanded the purview of the litigation to all NGOs.

The Central Bureau of Investigation (CBI), directed to carry out this task, informed the Supreme Court that there were 3.3 million registered NGOs and voluntary organizations but less than 10% of them, 307,000 lakh to be precise, filed their audited accounts. It is certainly symptomatic of a deep malaise that calls for cleansing.

Do numbers tell a story?

The NGOs, including local arms of global organizations and homegrown groups, work on a wide range of issues such as livelihoods, gender rights, road safety, human rights, microfinance, environmental protection, healthcare, agriculture and sustainable energy. They are an integral part of development and serve as the crucial interface between the government and the community.

Going by the figures provided by the CBI, one finds that the number of NGOs is double the number of schools in the country, and 250 times the number of government hospitals. There is one NGO for every 400 people as against one policeman for every 709 people. Though there are many NGOs doing commendable work, the impressive numbers do not always translate as impressive work.

SHGs and their success

The development history of rural India, particularly the tribal areas, is studded with a high degree of commitment and sacrifice of countless grassroots workers. India’s rural transformation would have been impossible without their selfless dedication to development.

The best and recent example is the self-help group movement that has empowered women in a remarkable way. Closely associated with the program right from its inception in 1992, I have observed grassroots workers negotiate tough terrains – physical, social and administrative – to equip individuals and the leaders of village-level institutions with knowledge, skills, and confidence to become informed and active self-advocates for the development of their communities.

The self-help group (SHG) movement, which is now in its silver jubilee year, has grown massively with 85 lakh units operating across the country. The SHGs are the biggest generators of social capital in rural India. The vast majority of women leaders in Panchayat Raj Institutions and the most successful sarpanchs (village council chiefs) have had their grooming in the self-help collectives.

Moreover, SHGs have proved to be an effective instrument in transforming oppressive gender-biased customs at home and in the community. This is especially true for those arising from caste, class and political power, which have made it difficult for the poor to find a sustainable livelihood and a holistic growth.

Role of NGOs in villages

According to the census of 2011, about 69% of the country’s population resides in villages. With nearly three-quarters of the population, rural India has high potential for accelerating the nation’s overall socio-economic development.

The potential can be harnessed through building value-based partnerships for livelihood promotion, human resources development, and financial inclusion while optimizing natural resources through efficient water management and sustainable agricultural practices. As always, NGOs will have an important role to play in the rural ecosystem.

NGOs are an important part of India’s vibrant civil society, helping the community interact with the government. NGOs have made a pivotal contribution on a range of issues such as water resource management, agriculture, income enhancement, sanitation, education, governance, and capacity building of village-level institutions.

Government’s support and check on NGOs

Unfortunately, not all NGOs are started with noble intentions. In many cases, NGOs are promoted for the private economic benefit of the founders. It is saddening that the grassroots workers of the NGOs have always been very poorly paid, the bulk of the aid being cornered by the founders and administrators.

While the non-performing NGOs should be weeded out, the process of scrutiny should be transparent so that the genuine ones are not demoralized. However in a democracy, the government must be cautious and should not, in the name of legal disciplining, crack down on legitimate NGOs that do not toe the government line. An autonomous civil society is highly critical to a nation’s development.

Need for support on occupational hazards

We need to be sensitive to the hazards to which the grassroots workers are frequently exposed. Before I took up a career in development banking I worked as a journalist. I wrote extensively for the national and international press about the development sector. Travelling in the hinterlands gave me firsthand idea of rural problems. My identity as a journalist gave me access to administrators in the highest offices and much-needed protection locally. But the grassroots workers do not enjoy such privileges and protection.

Most of the attention is on beneficiaries of social programs – their livelihoods, saving habits, gender relations, etc., as these are seen as the indicators of measuring the reach and effectiveness of the aid. Rarely is the lens turned on the lives of development workers: how they relate to aid beneficiaries, their local peers in the development machinery, and the security and family issues that come with the job. Personal courage and values count. The values held dear by the urbanites are tested in the field. Peaceful coexistence with political agents remains an ongoing challenge.

Though everyone welcomes rural development there is no personal risk for an outsider. When there are conflicts of interest where the weak are dominated and exploited, many of the rural poor and those who work with and for them face abuse, discrimination and danger.

Need for recognition of grassroots workers

There is a lot of innovation and sacrifice by the staff of voluntary organizations, known only to the beneficiaries. Even in the organizations’ periodic reports, the contribution of individuals towards the success of the project is not documented. We should really applaud and honor ordinary men and women, who work doggedly to implement the projects.

As with any institutional structure the need for transparency and accountability are crucial. Complete adherence to the laws and systems are a sign of veracity of any organization. Civil society should instill confidence in the people since it symbolizes their aspirations. It is all the more important for those working in rural areas since the people in the hinterlands are not adequately empowered to safeguard their own interests. It is necessary that NGOs look inward and set their houses in order to regain the lost credibility that had been built through the sacrifices of countless committed grassroots workers.

In rural India, NGOs are one component in the broader development network but in certain conditions, they happen to be the most powerful tool. It is important how we leverage their potential. While governance and accountability are necessary to ensure the NGOs stay on course, politicians should be careful not to force their narrow ideologies on people, as they would negate the works of the genuine NGOs.