A new generation of rural businesses are being established to cater to the changing needs of the countryside that require very little capital infusion to start and expand. There is now a need to put in place a financial ecosystem for these enterprises to thrive 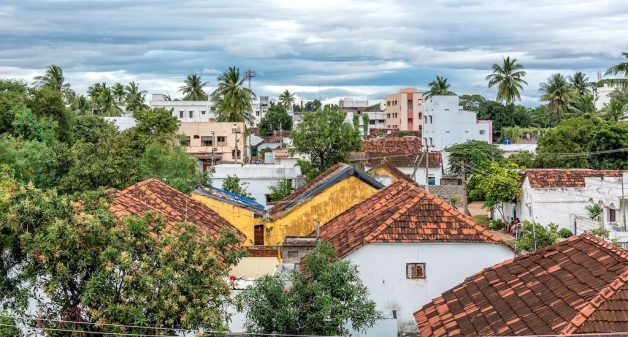 New horizons for entrepreneurship are opening up as the village economy makes new demands. (Photo by Ravi Teja)

Promoting enterprises in villages is akin to carrying coal to Newcastle. Given the all-pervading risks in rural economy usually dominated by agriculture, most economic activities in the countryside have an entrepreneurial flavor, though they may not be what the laptop-touting venture capitalist will ever look at.

It needs ground familiarity and a sensitive eye to notice the spirit of can do and of enterprise, which the seemingly naïve and simple rural folk demonstrate and live with. The older enterprises were dominantly of the livelihood enterprise type, where eking out an existence rather than building a capital base was the primary objective. These catered to simple and predictable needs of the local people and were limited both by issues of connectivity and of variable demands in product attributes arising out of variability in use conditions.

A bulk of the population in rural areas will continue to practice agriculture and will need products and services. Hence, there is and will remain abundant scope for local enterprises catering to the local needs. These in turn will generate livelihoods for the local people, though they will remain in maintenance rather than growth mode. As the nature of agriculture and practices in it change, the rural enterprise will need to adapt and some new enterprises will emerge to cater to the new needs.

Two classes of new enterprises have started making their appearance in rural areas in recent times. Some of these are at their nascent stage and some others are fledglings, but they will become more and more prolific over time. Enterprises arising in the context of revolution in communication technology have become commonplace now. Even in the banks of Kosi River in Supaul, we discovered a household putting up solar panels and offering the service of charging mobile phones for a modest fee.

Although such enterprises meet only a part of the entrepreneur’s needs, they will perhaps mutate, add on services and become units capable of supporting a family. Here are some more categories I discovered in my travels across the countryside.

In Satod village of Khaknar administrative block of Burhanpur in Madhya Pradesh, there is an entrepreneur who actually trades in cow urine. A significant amount of work on promoting natural or organic farming is being done by a well-known development organization there. Gomutra or cow urine is an essential ingredient of most produce required as manure or plant protection materials in this process. The number of farmers working on the new organic processes is quite large here, running into a few score. Collecting urine of the desi cow is a tedious and odious business and all those who can afford to not do it, avoid it.

So comes up an enterprise of a humble marginal farmer who recognizes the need of many and starts a business. A simple Korku tribal person, he is honest and does a reliable job of collecting and storing cow urine. Those who wish to make their own manure or plant protection material but wish to avoid the drudgery of collecting the stuff simply go to him. He pours out the desired quantity and charges them Rs 10 per liter. He makes enough money in the process to meet a part of his consumption needs.

In Balwadi administrative block of Barwani in Madhya Pradesh, there is development organization actually promoting an entrepreneur who makes processed manure on a commercial scale. I visited his yard. He told me that the number of farmers here who has taken to organic cotton production is really large and hence the demand for the manure is rising. So he collects the dung from compost heaps of the households in his village and some neighboring villages, brings the stuff to his yard and processes it as per the guidelines of the organization.

There is a standard operating procedure that has been laid out for him and there is actually a quality test for the produce. I saw tractor trollies being loaded with sacks filled with processed manure. Since this is at a promotional stage, the organization is acting as the chief buyer and he gets a service fee. He proudly told me that he will sell 3000 bags each of 25 kg manure and will earn Rs 75,000 in one cycle of production lasting over three months.

Given that organic cotton or other production is so much better in terms much reduced cost of production, reasonable yields and far better results on soil health, the practice is set only to become more and more popular. It will receive a huge boost with the mess up in fertilizer trade most likely to happen when the new system of fertilizer subsidies will come up next year.

Organic or natural farming practices involve a huge amount of drudgery often forced on women and Dalits and reluctance of caste Hindu males to engage in the work connected with the foul-smelling stuff restricts its sweep. Thus in any case, rather than making every farmer go through the drudgery, developing enterprises of this sort makes huge sense for the promoters of organic farming and for the rural areas.

Many enterprises such as SELCO Solar Light Pvt Ltd are doing credible work in promoting small rural enterprises based on diverse applications of solar power across several states of the country. Governments routinely claim that each village is electrified but the reality is different and in any case solar power is a cheap source of power.

In a remote village Rojanimal I found installation of a solar power installation. It supports a pump that irrigates 15 acres of land of very poor tribals, and in addition, provides lighting and mobile charging power to 10 households. The investment in the whole thing was about Rs 5.5 lakh. Each round of irrigation costs Rs 650-700 in most plains areas, whether it is based on own diesel set or the water is purchased. One can see the basic economic viability of this solar enterprise.

Is there is a supportive ecosystem for these types of new enterprises? It must be noted that these enterprises are not in the digital world but are in muddy rural backwaters, which few city people know or understand. Quite a few of these enterprises require small doses of capital, which is below the antenna of most funders of equity. Rural loans are not exactly the most popular business among any segments of well-regulated lending industry.

The hype of the information technology enabled service (ITES) enterprises is so loud and dazzling that these backwater enterprises do not attract attention of many people. Promoting agencies themselves are perhaps quite unaware of the developments that are taking place on the ground or are simply indifferent. We therefore need to figure out ways to take advantage of the job and livelihoods potential of these enterprises for boosting the employment in rural India.