There is a potentially large livelihoods and enterprise potential in the medicinal herbs sector, which is sadly neglected by grassroots development professionals and ignored by the government despite an acute shortage of modern healthcare services in rural India 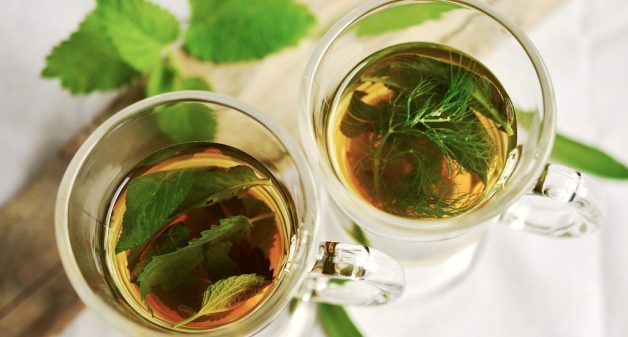 Growing medicinal herbs that fetch high prices could be promoted as a form of rural enterprise. (Photo by Pixabay)

The refrain has been fairly constant in my extensive travel across the country. People tell me that in earlier generations — in some places, they refer to their grandparents and in others, to their parents — much of the local health services need was met by use of locally available medicinal herbs. They would invariably say that people who knew herbs and their uses provided this service and that such people are no longer around. And so, the people go to the modern medicine men.

Considering the near ubiquitous reluctance of modern medicine men to serve rural masses, a reluctance that arises substantially from the hugely increased cost of medical education, this statement is at best disingenuous. The reality is that a majority of them go to what are popularly called jhola chap medicine men and at times synonymously but with an entirely unfortunate slur on the worthy region, to so-called Bengali doctors. The delivery of health services in rural India is not my point, but the neglect of medicinal herbs is.

Unfortunately, whenever one broaches the subject of medicinal herbs, every one immediately equates it to the reliance on delivery of health services by local health service providers who used these herbs. This to me is a partial construction on the subject.

In the first place, it tries to push a solution on the hapless rural people on which we the urban elite seldom rely. It is interpreted as we know that modern medicine men are more effective, but since your folk are poor, let them live (or die) with medicinal herbs. I for one am least likely to recommend this highbrow and insincere course of action. The point that is missed is about a potentially large livelihoods and enterprise potential in the medicinal herbs sector which is largely, nay, completely neglected.

The popularity of herb-based preparations made by successful marketers (whose brand equity is huge) has grown perhaps almost as fast as the depletion in the resource base. This depletion in turn is caused by almost complete reliance on naturally occurring herbs obtained through harvesting practices that are unsustainable. The medicinal herbs resource base in India has been rich and diverse but is a vanishing resource.

The naturally occurring herbs are said to grow on difficult terrain in remote forested region — the Himalayas, the Western Ghats, the remote hills in Satpura, etc. While this may be true of a certain class of herbs, it is not a general case. While the resource base is rich and diverse, the only herbs one really hears of in a commercial sense are very few in number, and these are nearly gone. Yet, the entire situation is potentially retrievable.

Recently I travelled in Mahakaushal areas adjoining the Kanha reserve forest in Madhya Pradesh. An excellent organization has motivated residents of a village to clear the lantana weed from a large patch of some 13 hectares of common lands. This patch is now free of the prolific weed and is covered with grasses and a wide range of shrubs and herbs. I was told with justified pride that they had enforced social fencing and allowed all stakeholders, including landless and marginal households, to cut and carry grass form the land.

While walking through this cleared plot and appreciating the hard work the people must have put in, I noted one well-known herb, plucked a small piece of the plant and asked the people accompanying me if they knew what it was. While most professed ignorance, one of them said that it is bhui awala (phyllanthus niruri Linn). This is a well-known herb to be used to treat jaundice. None of the people there knew the use.

Such anecdotes are plentiful. When looked at through serious lenses, they take two forms. The first is about the biodiversity angle talking about the rich floral diversity and within that how many of the herbs are useful and where and how to conserve and preserve them. For instance, there are some 128 known herbs with medicinal uses to be found in Satpura plateau, of which Mahakaushal is a part. Botanists and foresters have paid some attention to this narrative.

The second form gets deeply embroiled with what is called ethno-medicinal knowledge of tribal communities and how to preserve it and how to use it in complement with modern medicine.

I am interested in the third and hitherto neglected narrative of how one can look at these herbs as domains of enterprises. The fact that mere clearing a plot of lantana could see these herbs flourish indicates that they being indigenous to the region, will come back in all their richness in this very ecology. But common lands are contested and these herbs compete with more pressing need of fodder for animals. Can they not be deliberately cultivated? Can they do some preliminary processing and reach them to users in forms they want? Can whole value chains be developed on them? Can farmers take to cultivation of these herbs as a way of deploying their unproductive uplands on which very little grows any how?

Presumably cultivation will happen if one understood agronomy of these species and could lay one’s hands on their planting materials. I am aware that some very interesting work in this field is happening in South India through credible organizations. But the very fact that people living among the rich and diverse flora do not know it indicates that there is a neglect of this sector. Clearly there is a need to intensify work on these lines.

To sum up, it is time to look at the medicinal herbs available in the countryside as a base on which to build local enterprise. This needs to be drawn by side-stepping the fascinating yet unproductive discourses about bio-diversity conservation and of ethno-medical practices. People need to be given effective health care without constraining them to use perhaps glorified ethno-medical knowledge. But simultaneously, the economic potential of the resource needs to be assessed, steps in harnessing them understood and deployed.