Women of Lalganj mobilize community to bring doctors to their doorsteps

How can we kick-start Make in Rural India? 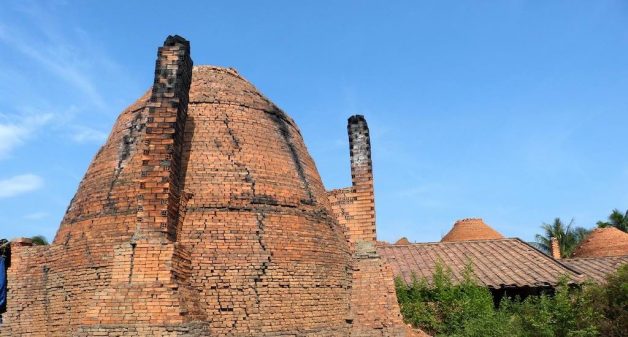 Can India’s villages be home to increased industrial activity? (Photo by Pixabay)

Prime Minister Narendra Modi launched a major campaign called Make in India three years ago. The idea behind this was to make India a major manufacturing hub in the world. It would achieve at least three things —cause a flow of investment into the country; lead to significant boost in exports; and absorb at least some of the skilled and educated people into the workforce. With fairly significant and consistent efforts in this direction, the Make In India strategy is yielding some results. Whether they are satisfactory or not is for the government to figure out.

To a large extent, the three objectives of Make in India are applicable with even a greater force to Make in Rural India as well. While formal definitions by puritanical economists will suggest that many of the newly set up Exclusive Economic Zones or even the older style Industrial Estates were indeed in rural India, clearly they are of little direct help to the rural poor. Such industrial locales and investments therein are more like extensions of nearby urban centers and do not directly lead to benefits to rural folk.

Much of rural India suffers from a want of economic diversification and income increase. Agriculture is experiencing onslaught of mechanization and hence expansion of labor absorption in agriculture without significant change in product mix is unlikely. Even if it were likely, the demand for employment in agriculture is falling as survey after survey reveals that young men simply do not wish to join the workforce in agriculture, resulting in increasing feminization as well as senilization in agriculture.

With unabated vagaries of weather, risks in agriculture do not seem to be reducing. Income risks too are huge, as indicated by wild variations in the prices of pulses and fortunes of pulse growers in recent years. Finally, if Make in Rural India fetches more income in the rural area, the money multiplier effect will trickle down the benefits for many more persons in that society. Thus a strong movement for Make in Rural India is needed.

It is thus important to understand the factors that hinder investment in manufacturing in rural areas. The advantages of locating any sort of manufacturing activity in rural India are in terms of reduced cost of land and perhaps cheaper labor. The other advantages, in reality enjoyed by the industry though industry captains will hotly deny it or completely snub any discussion on it, relate to unchecked effluent release and much laxity in enforcement of any other regulation.

The disadvantages can be in terms of particularly unreliable power supply, distance from centers where frequently needed services (cargo movement, repair teams, supply of parts and stores, etc.) are concentrated and the staff’s reluctance to face daily drudgery of travelling to and from the facility to their homes.

Hardcore industrial activities are unlikely to be initiated by urban entrepreneurs in rural areas to any significant extent unless some significant mediation introduces compatibility between rural lifestyles and urban industrial work demands. At the same time, it would appear that fair range of industrial activities, particularly pertaining to supplying products and stores for agricultural operations on one hand and post-harvest processing of farm produce on the other can be conveniently located in rural areas. This may cover manufacture of feeds, sorting, grading and packing of seeds, primary and even secondary processing of horticultural produce, etc.

A similar possibility can be envisaged for primary products. In fact there is nothing new in this; typical locations of most sugar mills, a fair number of oil mills, marble cutting units, brick kilns, etc., are rural since such locations make sense both for the farmers and suppliers of other inputs as well as for the processors.

When one begins exploring what is the extent of expansion of such industry and what new lines can be considered as relevant, one suddenly encounters a difficulty hitherto not encountered. This is in the nature of stranglehold of the local rural power structures and their unrepentant and rapacious rent-seeking behavior. When one goes to understand the ownership of stone queries or oil mills, cold storages or fertilizer mixing units, one often comes across the reality that they are established and run by the well- entrenched local economic powers. The people involved enjoy all the celebrated advantages of caste-class and political power and hence experience little difficulty in ensuring that their fiat runs unchallenged.

But when Farmer Producer companies of poor or worse, Dalit, members try to start industrial activity of this nature, these snags emerge and become life threatening for the nascent units. The local overlords and their minions swing into action fearing that the new enterprises will lead to liberation of the oppressed from the shackles they impose.

I had actually witnessed a situation when the local feudal lord in Mahakaushal’s Wainganga command had tried his best to sabotage a canal bringing water because the irrigation would have set all his serfs free of his domination. This was despite the fact that his own farms would have got water as well! How the calculus of economic gain competes with raw social power is truly unfathomable to a stranger to the locale!

The lower order bureaucracy, which is really the cutting edge in regulating the units or supplying essential inputs like electricity to them, tends to be stubborn, corrupt and often pliable at the hands of those who feel threatened by emergence of such new enterprises. It is possible that uninitiated urban entrepreneurs venturing into enterprises for which Make in Rural India is a sensible proposition may not be prepared to deal with or may not even understand the gravity of these threats, but these are real.

If urban entrepreneurs not already aligned to the local power structures and farmer producer companies of the poor dealing with products of the poor farmers are face difficulties in starting enterprises in rural India, what would seem to be the choices then? Either the enterprises have got to be owned by the local overlords or they must as a first step learn how to manage them.

Does that seem fair or promising? Or, is it possible to trigger sufficiently strong economic incentives, which persuade the local power structures in their own interest to facilitate the new enterprises? This question needs further exploration and thought.