Broadcasting programs on gender inequality and against stigmas suffered by women in Odisha, community radio stations have effected a positive change in rural communities where girls are still the ignored population 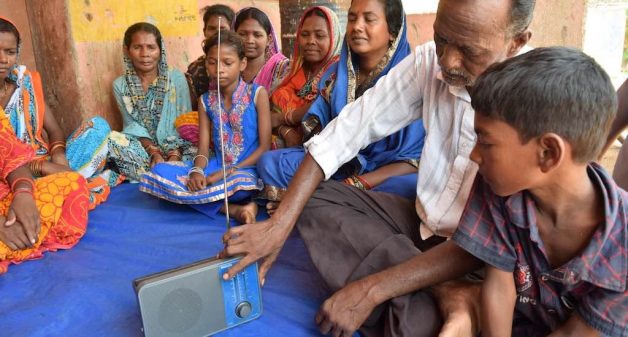 Residents of Adakata village listen to a program on community radio. (Photo by Basudev Mahapatra)

As news of rampant female feticide in the Nayagarh district of Odisha broke in July 2017, it shocked Usha Patnaik, a social activist and president of Gania Unnayan Committee, a non-profit organization, as it did the rest of India.

Working for more than two decades on issues such as trafficking of girls and women, child marriage and gender-based discrimination, the news made her wonder about the very existence of females in society. “Being a female, I was scared,” she told VillageSquare.in. “How can a society imagine its future by eliminating a sex selectively at the fetal stage?”

However, 10 community radio stations are working in Odisha on changing the mindset of the people, to enable a better environment for the safety of girl children and women.

Apart from declining sex ratio, Nayagarh district has remained the epicenter of trafficking of girls under the guise of marriage since the 1990s. According to NFHS4, it is the sixth district of Odisha with high prevalence of child marriage. In the district, 31.3 % of women between 20 and 24 years of age got married before the age of 18.

“Nayagarh has a conservative patriarchal society where girls are still the ignored population. The indications of it are that many are killed selectively at the fetal stage, many are given in marriage at an early age and many are being trafficked to other states in the name of marriage,” Patnaik told VillageSquare.in.

With statistics indicative of the status of the female population, Nayagarh is included in the list of 100 districts covered nationwide under the Beti Bachao Beti Padhao (Save a Girl Child, Educate a Girl Child) program. The Government of Odisha in association with United Nations Population Fund (UNFPA) and other agencies has taken steps to strengthen implementation of the PCPNDT (Pre-Conception and Pre-Natal Diagnostic Techniques) Act, 1994 to check pre-natal sex determination and female feticide in the state.

As a result of the programs, administrative dynamism has improved. Sex ratio at birth in Nayagarh has increased to 883 by September 2016, as per the District Child Protection Unit (DCPU) reports. Through various campaigns, girls are encouraged to enroll in schools.

“The situation is changing. But to address the issues related to gender inequality, what still remains a challenge is, changing the behavior of people, despite the proactiveness of the administration and government machinery,” Pritikant Panda, District Child Protection Officer (DCPO) at Nayagarh, told VillageSquare.in.

Making its contribution to address the issues facing the female population of the district, the Daspalla-based Radio Surabhi, the only community radio station in Nayagarh, has started a program named Suna Jhia — the golden girl.

“The objective of the program is to tell positive stories highlighting small as well as big achievements of girls in the district through radio so that the parents feel proud of their daughter,” Sisir Kumar Das of Indian Institute of Education and Care, a non-profit organization that promotes Radio Surabhi, informed VillageSquare.in.

Prompted by the poor status of the girl child in the district, Suna Jhia program aims to bring awareness and build scientific temper in the communities while sensitizing the local administration on the ground realities, Das added.

“Now I realize that the two abortions I suffered and the several illnesses I suffer from are the results of my marriage at an early age. Now that I have learnt from the Suna Jhia program, I will advise girls not to marry early and have an ill fate like mine,” 55-year-old Kainta Gadatia of Adakata village in Daspalla administrative block told VillageSquare.in 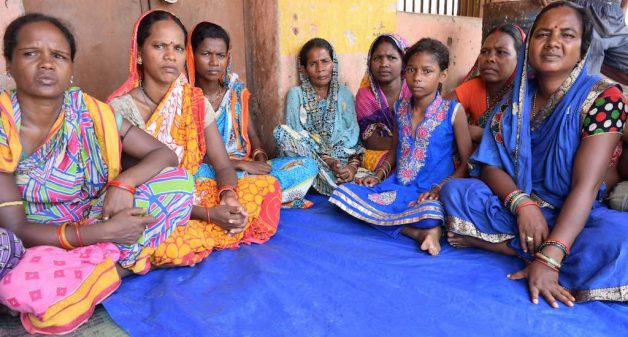 Appreciating its objective and reach, though within a radius of about 15 km, “The DCPU is supporting the program from the beginning,” said Panda, the Nayagarh DCPO, adding that Suna Jhia has tremendous impact at the community level.

“In many cases, young boys are consulting officials and deferring their marriage when they find their bride-to-be younger than 18 years,” Sanjukta Dasgupta, a Daspalla-based social activist, informed VillageSquare.in.

With 10 Community Radio Stations (CRS) operating in Odisha at present, issues related to social justice, gender equality and community development have got a stronger voice in their respective areas of coverage.

The Balianta-based Radio Kishan has successfully changed the mindset of betel leaf farmers who restricted women from working in the betel vine farms because of the women’s natural monthly menstruation. Women are now allowed to work in the betel leaf farms.

“Initially we faced resistance from the community. But things changed in favor of the women as our campaign was based on scientific facts and evidences,” Pradeepta Dutta of Radio Kishan told VillageSquare.in.

In Nuapada district, the Khariar-based Radio Swayamshakti has its focus on issues reflecting gender inequality and health problems in the community. Talking to VillageSquare.in, Biswajit Padhi, chief functionary of the CRS said, “We strive to make the radio an open forum, facilitating free convergence between communities and the Nuapada district administration.”

CRSs in Odisha have done tremendously well in keeping people as well as the administration informed during natural disasters, besides highlighting issues encountered by the grassroots communities. But there are several challenges to be overcome to keep the CRSs running and acting as an effective medium for community level convergence and development.

According to CRS managers, the primary issues include sustainability of the non-commercial radio serving the communities and its limited reach within a 10 km radius. Limited reach makes it difficult to achieve desired goals because geographically, communities do not live as a concentrated population. As the habitations are scattered even beyond the coverage area, community-focused radio programs do not reach all the intended audience.

Highlighting that government support is limited, Padhi in a note of dissent said, “UNICEF, which could support CRSs offers to broadcast content produced by it in association with BBC Media Action free of cost. If reputed global institutions start such practice, how can the CRSs sustain?” However, no comment on this could be obtained from UNICEF, despite attempts.

“Some international NGOs (iNGO) have started networking with local CRSs with their own agenda. If they push issues of their interest into the radio content, some of the issues concerning communities would be ignored by the local CRSs,” Sisir Das told VillageSquare.in, referring to a recently held national level consultation on community radios, organized by an Odisha-based CRS in partnership with an iNGO in Bhubaneswar.

“Such networking with iNGOs can help develop new models of sustainable community radio stations. This would be possible if the iNGOs support capacity building in the sector to identify and present issues that concern the community instead of interfering with the content,” according to him.

Padhi highlighted that minimum support for sustainability and capacity building would encourage more CRSs to be established in the state and energize them to be catalysts of change at the community level.

Basudev Mahapatra is a journalist based in Bhubaneshwar.