An underdeveloped village inhabited mostly by the Baiga tribal community has gone through a makeover under the parliamentarians’ model village scheme, emerging close to the envisaged adarsh gram 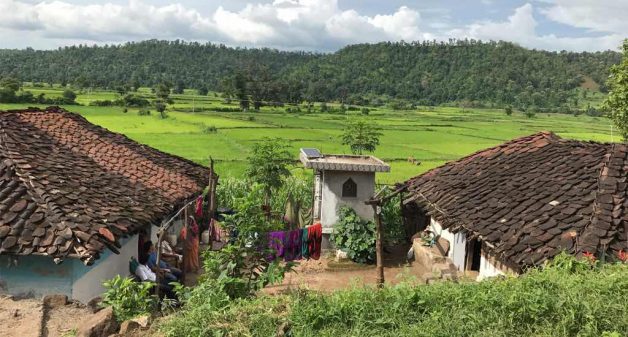 The villagers of Kapa Mal hope to grow a second crop, with facilities for pumping river water. (Photo by Bikalp Chamola)

Saansad Adarsh Gram Yojana (SAGY) was launched by Prime Minister Narendra Modi on 11 October 2014 on the birth anniversary of socialist leader Jaiprakash Narayan. With the noble intent of converting a village into an adarsh gram by each Member of Parliament (MP), SAGY aims at a holistic development of gram panchayats.

The scheme aims to substantially improve the standard of living of all sections of the society by providing basic amenities, better livelihood opportunities and social mobilization, to name a few. Moreover, these adarsh grams (model villages) have been planned to serve as schools of local development in order to train other gram panchayats.

A set of activities for social security, good governance and basic amenities besides human, social, economic, environmental and economic development was designed. The works were planned after identifying gaps through micro planning. Though the objectives seemed far-fetched given the time frame, some parliamentarians found merit in the idea and initiated the process of developing the envisaged model villages.

One such village that has been developed after micro planning is Kapa Mal in Niwas tehsil of Mandla district in Madhya Pradesh. It has a total of 332 households and a population of 1,445, of which majority are BPL (below poverty line) families. Baiga tribes form the majority of the population, with a few other OBC (other backward class) groups making up the rest.

The village is situated close to a forest. A tributary of Narmada flows by, providing water for drinking and irrigation. The water is used for irrigating only the lands that are close to the river, as there are no electric pumps in the village to convey the water to the distant fields. Using diesel pumps is not cost effective.

Hence families are largely dependent on rain-fed agriculture and livestock rearing for sustenance. Given the limited availability of water, villagers grow only a single crop. Paddy and a few vegetables cover the agricultural landscape during the month of August. For some villagers, migration to urban centers for labor work is the only livelihood option.

Under the National Rural Livelihood Mission, women had formed self-help groups (SHG). As part of SAGY’s micro-planning exercise the SHG women, with the support of PRADAN (Professional Assistance for Development Action), mapped existing resources. They found that income from dairy and agriculture could be enhanced.

The limited resources and livelihood choices made Kapa Mal an appropriate choice for being developed as a model village. The rapport that the villagers had with the MP’s father and hence the MP’s connection to the village helped consolidate the choice and execute the works effectively. Under SAGY, proper roads, household electric connections, renovation of old buildings, etc. have been provided.

The panchayat members coordinated with several departments such as the Tribal Welfare Department, Horticulture Department, Public Health Engineering Department (PHED) and Integrated Child Development Services (ICDS). Though the task seemed mammoth in terms of coordination and execution, with the MP being in favor of the village, the schemes were implemented fast. 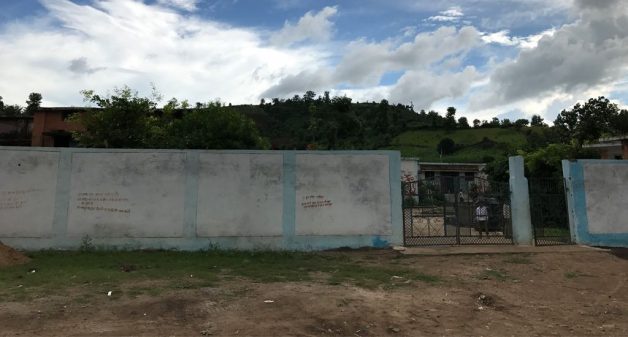 The village school has had a makeover, in addition to a new building. (Photo by Bikalp Chamola)

Earlier, Kapa Mal was not well connected with the town of Niwas, the tehsil under which the village falls. Now a new road connects the village and the market town, which is about 27 km away. The village has settlements that are at considerable distance from each other. All of them are now connected by a road except for one, which would soon be laid.

Earlier women had to fetch water from the river. Under SAGY, a new tube well has been drilled. A solar pump lifts the water from the tube well, supplying water to each household through pipelines, thus solving issues related to drinking water. To increase diversity in diet and nutrition, backyard kitchen gardens have been initiated.

The village has a boys’ ashram for the tribal students, which used to function as a residential school. Now the school caters to students from nearby villages too. Under SAGY, the school’s infrastructure has been developed by adding a new building and undertaking some minor works.

Facilities to be provided for the households were decided by the sarpanch. Based on her suggestions, approval for constructing 230 houses on a priority basis has been granted under Pradhan Mantri Awas Yojana. Additionally, each household now has a toilet. The houses that did not have electric connections have now been electrified.

Considering the terrain and the distance of the village from nearest market towns, coupled with bad roads, it was not a possible for the villagers to engage in intensive agriculture. Now with better access to markets, the farmers wish to have an electric motor near the river so that water could be used for irrigating a second crop.

With the infrastructure development and improved facilities, the villagers have a sense of being in an adarsh gram. They hope that the government departments would channelize their resources to enable a vibrant economy in the village. People understand that they have received funds which otherwise would have been very difficult to get and they could coordinate with different government departments with ease because the MP selected their village to be an adarsh gram.

With the infrastructure work having been completed, the panchayat and the community needs to develop a sense of ownership. The departments have focused on the village in an objective manner and filled the lacunae identified by the micro plan. Yet there is a lot to be done in instilling values and the adarsh gram becoming a training ground for nearby villages. An active civil society partner would facilitate further development.

What has been done in Kapa Mal would benefit the coming generations and therefore should be replicated in the other villages of Mandla district. However, an appropriate question here is, whether the focus should only be on creating a few model villages and leaving the rest as they are. Instead the SAGY villages should serve as an opportunity for the local administration to undertake more such efforts in other backward villages of the district.

Bikalp Chamola is a researcher with Centre for Development Research, Pune. A graduate of Institute of Rural Management Anand, earlier he worked with Rajeevika livelihood mission in Rajasthan. Views are personal.