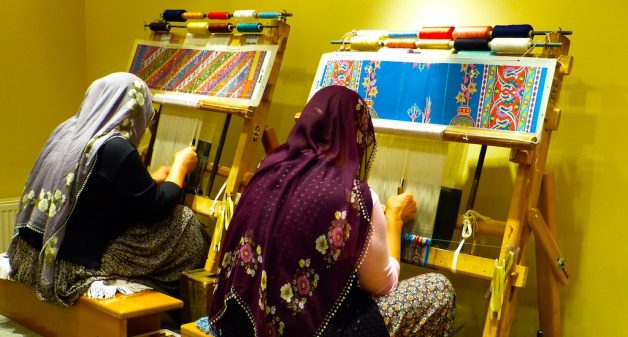 Rural entrepreneurs need a change in mindset to grow their businesses. (Photo by Pixabay)

I have noted in this column earlier that advising villagers in India to become entrepreneurs is like carrying coal to Newcastle. Most of the income-earning activities of rural individuals and households carry such enormous risks and challenges that the so-called risk-taking, which is considered the core of entrepreneurship, is almost second nature to them. Yet, we see few of the enterprises of rural households going to scale. Why is this so?

The answer may lie in the stance or mindset of the entrepreneur. For a rural household, whichever enterprise they initiate is a part of their overall living pattern. Hence, whatever they do for the enterprise, they do in a manner consistent with their lifestyle, including their revealed leisure-income trade-off. In a sense, therefore, they are lifestyle entrepreneurs.

On the other hand, a formal profit-seeking capitalist entrepreneur is supposed to set his goals at stiff levels, proactively aim, seek and work for growth and is seen to be willing to adjust his lifestyle to the needs of that enterprise. Here is the difference. There are, of course, a very large number of urban persons in business as well as in professions who also treat their enterprises as a way of life rather than as vehicles for growth and profit maximization.

What level of size of the enterprise, what level of growth and what level of income satisfies an individual is strictly her choice and we see there is a wide range in the way these choices are made. A well-known restaurant in South Mumbai — the hub of India’s capitalism — is known to operate only between 10 am and 3 pm for lunch and only on weekdays. It is full any time you visit and the owner would see no dearth of custom were he to start a dinner service as well, but he has made his choice. So does every one else. Thus, stating that merely because rural households treat their enterprises as a way of life hinders the growth of their enterprises is only a partial explanation.

Discussions with people working in different capacities with rural enterprises throw some more light on this matter. An entrepreneur working with tribal individuals and providing them techno-managerial and marketing support to start and run their enterprises making tableware from sheaths of areca nut trees made some interesting points.

His contention was that rural individuals have learnt and think in terms of sequential action. Illustrating this, he says, for instance, a farmer knows and acts in a sequence for his crops — prepare the land, sow and plant the seeds, possibly with basal dose of manures, remove weeds, provide irrigation, spray plant protection chemicals, harvest, thresh, pack and sell and store for self-consumption. He is attuned to act in this sequence and thinks in that fashion.

On the other hand, even the simple enterprise of making tableware from areca nut sheaths involves many simultaneous actions — collecting fallen sheaths, procuring from others, stacking them, producing tableware to given designs, packing them, undertaking necessary banking operations and so on. There is thus a fundamental challenge in modes of thinking for the individual and there is a challenge in making sequential thinkers to think simultaneously on multiple fronts.

There’s another example about an entrepreneur who sources woven fabric from tribal households in Assam. Weaving is a household activity in that area and there are pretty designs traditionally being woven in silk and other materials. The entrepreneur procures yarn for them and expects woven fabric that can then be used to make garments with traditional motifs but modern forms.

“The trouble is getting them to adhere to schedules. When rain creates a lot of water bodies, you can be sure that your weavers would much rather go for fishing than weave, ignoring the deadlines set for tem and forgetting their own commitments,” he says in frustration. “Around times of festivals like Puja or Bihu, our demand peaks, but weavers are busy enjoying the festivals themselves, so we just do not get our supplies. How can these enterprises grow?”

However, once rural entrepreneurs — and even tribal folk — make the mental transition from production work of the enterprise being a calling and not just a part of way of life, things seem to improve. An entrepreneur from Manipur, who engages with pretty craft objects made out of kuona grass, said that when he could assure the producers of a certain volume of business, and hence, of much enhanced income working at or close to homes, they found a way of adjusting their life pattern to cater to the rising demand. “They recognize the merit of making adjustments once risks associated with the economic activity are absorbed, and hence, income beckons them.”

The lesson seems to be somewhat as follows. Entrepreneurial activities are risky and rural individuals take to them, as every economic activity for them is risky. They also have a well laid out life pattern. To start with, they fit the entrepreneurial activities within their pattern of living. On their own steam, few of these individuals have either the capacity or the inclination to overcome the expectations and challenges of their pattern of life to put that extra energy in their enterprise, which is needed for growth. Hence they remain stagnant.

Any external intervener therefore must recognize the demands of the pattern of life on the entrepreneurs and do one of the two things. Either she accepts that rural and tribal individuals are “like that only” and makes her own business projections. Else, he creates sufficiently strong and credible incentive for the rural and tribal folk to make proactive adjustments to their pattern of life and become reliable, highly productive producers.

While there is no live data for making this statement, it would appear that once the rural individuals have made adjustments in their pattern of life to suit economic activities, they may then be far more ready to take these risks and grow on their own.

Note: The author gratefully acknowledges the inputs from presentations made by Arindam Dasgupta, Bhajit Singh and Mayuri Baishya at the Tribal Samvaad conclave held in Jamshedpur in November 2017.