Standing against forced marriages in the old city of Hyderabad, Shaheen has emerged as a space for women of minority and oppressed communities to empower themselves 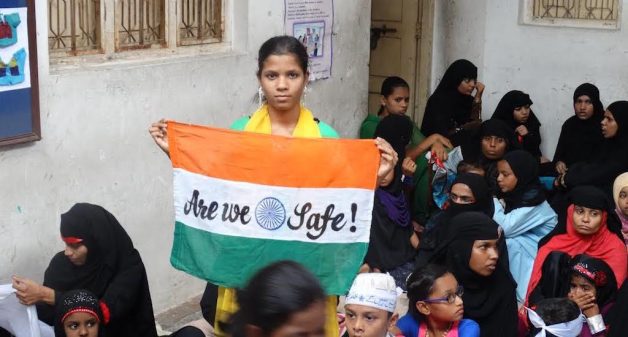 Shaheen creates awareness about women’s rights among those from a conservative background. (Photo by Shaheen)

Shaheeda, a 12- year-old, drew a bird without wings in a painting competition, since the challenge was to draw pictures depicting themselves. On second thoughts, she painted a bird in a cage.

“When I asked her about the painting, ‘That bird is me’, she said softly,” recalled Jameela Nishat. This gave Jameela the idea of naming her organization Shaheen, a bird that soars high in Allama Iqbal’s poem. “It became our mission to free this caged bird.”

In a workshop, a woman quoted her husband, “Is it a crime to beat one’s wife? One who does not beat his wife is not a man.” Such somber tales give Jameela the impetus to work. Shaheen’s mission is to empower women by creating awareness about their rights.

Jameela Nishat hails from Hyderabad. She took to writing poems at a young age, since her conservative family discouraged her to pursue her interest in painting, even as a hobby. Jameela, whose poems were considered radical, faced a lot of opposition from her family and the community.

While she could complete her graduation, unlike her sisters, her family did not allow her to study further. To Jameela’s good fortune, her husband encouraged her and she did her Masters in English from Osmania University and a postgraduate diploma in theatre arts. 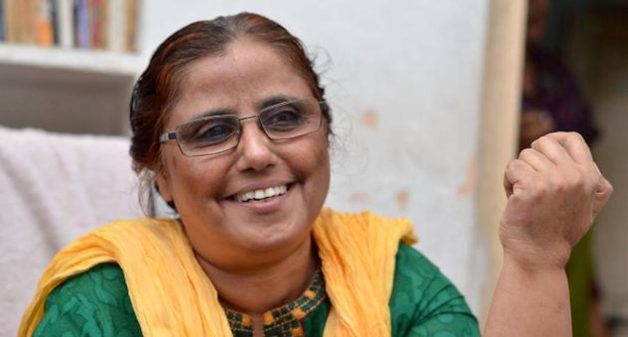 She taught English, headed a school for disabled children, and worked in a government office for a short time. With her religious identity being a point of contention after the riots following the demolition of Babri Masjid in 1992, she decided to work for communal harmony and quit her job.

She joined ASMITA, a resource center for women that addresses a diverse range of issues. She worked in ASMITA for five years and wrote poems depicting the life of women in Hyderabad. However, she felt that merely writing about issues was unlikely to bring any change in the lives of women.

With the determination to do something concrete, she quit ASMITA and registered Shaheen Women’s Resource and Welfare Association in 2002.

Shaheen began its operations in the old city of Hyderabad, notorious for continued animosity and ill will between the Muslim and Dalit populations. Shaheen started conducting house visits and mobilizing women from the Muslim community.

The house visits helped Jameela understand instances where women faced oppression. The community meetings led Shaheen to initiate a number of interventions, ‘sheikh marriages’ being one of them.

Marrying young girls to sheikhs from Arab countries is highly prevalent in the old city. It is controlled by a nexus of powerful individuals called pehelwans, who are hand in glove with qazis, who solemnize the marriage, and the girls’ parents.

Many parents fall prey to this practice because of abject poverty. In one shocking incident, a girl was married 17 times to different sheikhs and exploited by everyone, and ultimately took her life. Through various sting operations, Shaheen exposed the dark reality behind this organized racket, collaborating actively with the police and media.

Shaheen rescues as many victims as possible, offers legal counseling and trains them in vocational skills to make them financially independent. A 14-year-old girl, who married a sheikh, could not accompany him due to a pending visa application. When she informed her husband that she was pregnant, he divorced her over the phone.

Shaheen came to her rescue, ensuring medical support before and after delivery, and trained her so she could work. Jameela and the staff at Shaheen continuously counsel rescued girls and try to bring them out of their traumatic experiences.

To spread awareness about problems of abuse and exploitation and to sensitize the community, Shaheen organized a number of workshops and distributed a booklet in Urdu, on the provisions of the Protection of Women from Domestic Violence Act, 2005.

Before the enactment of the Act, majority of the victims of domestic violence did not file a complaint and the perpetrators escaped the law. Jameela encouraged each affected woman to lodge a complaint, offering legal counseling.

Once a girl was tied to the bed and set ablaze by her parents-in-law, demanding more dowry. Shaheen came forward to help her, but no case was registered as she had already testified in writing that it was an accident.

Jameela said that she has sleepless nights when she is not able to ensure justice for the victims. “Those victims remain with me throughout my life; they stay alive in my poems.”

Sultana, a mother and a victim of domestic violence, handles the legal counseling for other victims at Shaheen. She gives credit to Jameela and Shaheen for supporting her financially, psychologically and legally during one of the difficult phases of her life.

“If a woman is economically independent, she is capable of taking decisions and does not tolerate injustice meted out to her,” said Jameela. Towards making women financially independent, Shaheen conducts skill-training programs in mehendi art, fabric painting, computer operation, bangle making, stitching and embroidery. 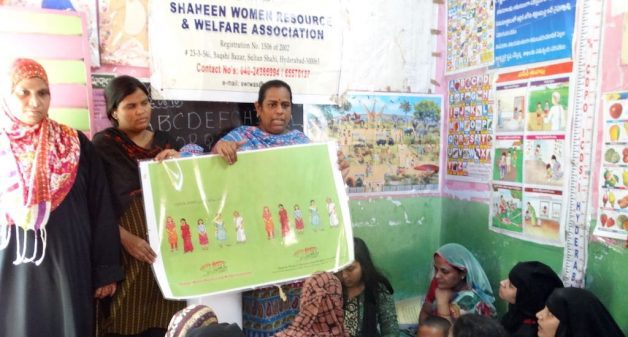 Through comprehensive booklets in Urdu, Shaheen creates awareness on right to education, right to information, legal provisions and sexual and reproductive health rights. Shaheen also works towards child protection, and creates awareness among adolescent boys and girls about prevention of sexual abuse.

It works with the government’s education department to ensure that girls complete schooling. It provides girls additional coaching and ensures that English language is not a barrier for them to complete their studies.

From five members, Shaheen has grown into a team of 35 including fieldworkers and teachers. “I can’t think of my life without Shaheen,” said Jameela with a smile.

Knowing the challenges of building a team, Jameela is confident that her team members like Nida and Sultana can take Shaheen’s work forward, if she were to retire. Shaheeda, who drew the caged bird, is now the treasurer and secretary of Shaheen!

Jameela’s journey has not been without risks and challenges. Once there was a bomb in her car. Her husband and her two sons have immense respect for her work and have always encouraged her outspoken approach that other conservative Muslims would oppose.

“My husband thought I would continue with poetry after marriage, instead I chose to be an activist. In fact, as a writer, I never received any threats but as an activist, many times!” said Jameela with a laugh. Jameela feels that there is much more to accomplish.

Ajit Kanitkar is a member of the research team at Vikasanvesh Foundation in Pune. Prior to this, he worked at Ford Foundation and Swiss Agency for Development and Cooperation, both in New Delhi. He taught at Institute of Rural Management, Anand, during 1992-1995.