Despite dwindling forest resources that had traditionally sustained them, villagers in Churachandpur district of Manipur have successfully shifted to growing new crops, and are now exploring new livelihood options 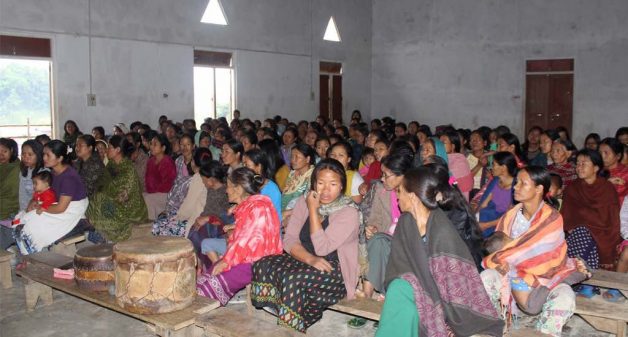 Villages in the northeast were deemed to be little republics, being self-sufficient in socioeconomic and cultural aspects. This was true earlier, when needs were limited. But now resources have become scarce. The villages lack basic amenities, healthcare, infrastructure and connectivity. There are only primary schools in some villages.

Under such circumstances, it has been a struggle for villagers in south Manipur’s Churachandpur district. Jhum, or shifting cultivation, remains their primary occupation, while they depend on forest resources for food supplements, materials for house construction, essential household items and the like.

Despite sufficient resources, these villages remained undeveloped, lacking in all socioeconomic parameters. Traditional knowledge alone could not lift them out of poverty. Most villagers could not afford two square meals a day. However, in recent years, with new initiatives, residents in Churachandpur block have been moving from this stagnancy to an economic progress, giving their villages a new momentum.

Since then, villages in Thanlon, Henglep, Sangaikot , Tuibuong, Samulamlan blocks of Churachandpur district have been witnessing progressive development. With a representative from every household, villagers have formed a Natural Resource Management Group (NaRM-G) in each village.

Women in the forefront

Women formed self-help groups to engage in economic activities together. “Women groups have made a huge difference in initiating income-generating activities,” Zamsuanlian, chairman of NaRM-G in Bukpi village, told VillageSquare.in.

With loans as seed money, some buy essential items from nearby towns and sell them in their villages. The groups engage in collective farming of economically viable crops like ginger and turmeric. Individually, some of the women have taken up non-farming activities such as piggery and poultry. As the loans are on a minimal interest rate as low as 1 %, several women are able to earn a reasonable income. 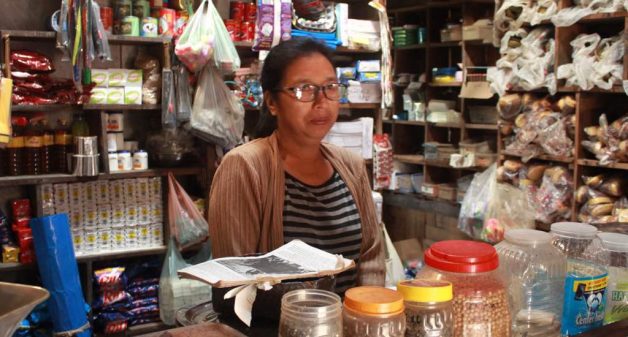 Women have set up convenience stores to shore up household earnings. (Photo by Ninglun Hanghal)

Women in Bukpi village have also set up grocery stores. These petty shops were known as pan dukan, meaning a small shop selling betel nuts. These small shops have grown into grocery stores that sell essential items ranging from soaps and shampoos, to other items such as cosmetics, shoes and clothes.

Fetching water was a hardship that the villagers, especially women, endured. The NERCORMP project of installing water tanks at key locations in the villages has come as a huge relief for women. They devote the time saved on other income-generating activities.

In Thanlon village, Songkhamuan excitedly showed his banana cultivation that he had started three years ago with financial support from NERCORMP. “Twice a week, I sell five baskets of banana,” he told VillageSquare.in.

Starting with 5,000 plants, Songkhamuan has been sending his bananas to the markets in Lamka, the district headquarter. A traditional basket contains about 1,000 bananas. As per his rough calculations, he earns around Rs 35,000 month.

Th. Pauzalun, the chief of Tallian village, has started a fishpond in addition to his banana farm. He feels happy and proud that he can offer good food and dishes to his guests. “I sell the bananas, other produce from my farms and the fish in nearby towns,” he told VillageSquare.in.

Kamkhogen, a blacksmith at Tuilumjang village, meets the demands of not only the entire village of more than 30 households, but from nearby towns too. “Security personnel posted around our villages buy kuri knife from me,” he told VillageSquare.in.NERCORMP has helped the blacksmiths buy a machine for cutting iron. This lessens their physical labor and the time saved thus helps them make more tools.

NERCORMP also trained interested villagers in carpentry work. Boison, aged about 42, is one of the villagers who got trained, earning his livelihood making tables, chairs and other furniture, besides doors and windows for houses being built.

The slow changes are not without hurdles and challenges. Villagers need more avenues to market their produce and products. Most of the villagers spend their small incomes on their children’s education and medical expenses. 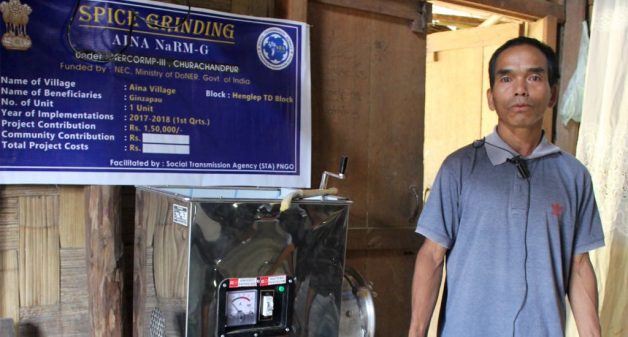 Spice grinding unit, such as the one owned by Ginzapau, has enabled cultivation of spices. (Photo by Ninglun Hanghal)

Even as works such as grinding of spice are initiated, power supply is erratic. Communications and transport facilities in these villages need to be improved. In the absence of markets, this is an additional burden to their economic activities. Banking services and telephone communications are yet to reach these villages.

Notwithstanding the challenges, residents in the villages of Thanlon, Henglep, Sangaikot , Tuibuong, Samulamlan blocks have begun to understand the benefits of collective effort in engaging in income-generating activities. “The sense of togetherness and the economic benefits of work have made a change in our lives,” Zamsuanlian told VillageSquare.in.