Through the community village clinics they have established, women collectives in parts of rural Uttar Pradesh have started campaigning successfully against fungal infections that affect the quality of their lives 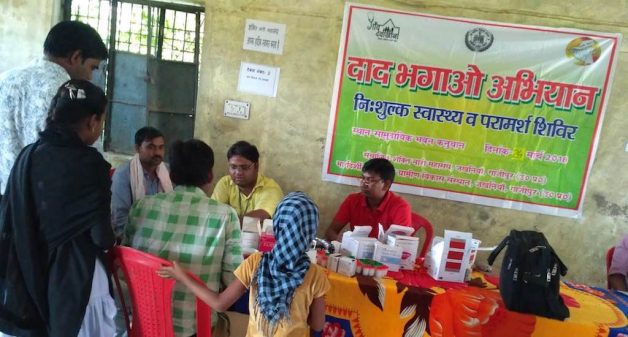 A physician offers consultation during a daad bhagao camp, set up specifically to diagnose and treat skin infections. (Photo by People’s Action for National Integration)

Entitlement based approach has been critical for demand generation for basic livelihood services through Mahatma Gandhi National Rural Employment Guarantee Act (MGNREGA). However, it is no longer a wonder that guided women collectives offer context-specific solutions for real-life problems.

A group of community-based organizations (CBOs) active in villages in eastern Uttar Pradesh mobilized women to form collectives. Today, these women collectives in Pratapgarh, Basti and Ghazipur districts have set up Gaon Dawakhana or village clinics, to take healthcare into their own hands.

Later, learning about skin infections prevalent among most of the villagers including themselves, the women decided to take steps to address the problem.

Gaon Dawakhana clinics cater to 1,000 families on a subscription model, with each family contributing Rs 50 per month. Clinics run by women offer primary healthcare through qualified doctors on fixed days in a month.

In January, while addressing the monthly meeting of women collective members regarding Gaon Dawakhana, Dayashankar Singh, founder of Sadbhavana Gramin Vikas Sansthan, a non-governmental organization (NGO), was taken aback to find a majority of them complaining about itching.

The entire meeting revolved around the issue. The women informed him that their family members including children were affected. The situation prompted the team to contemplate a focused campaign to address the problem.

Casual conversations at Gaon Dawakhana clinics helped the doctors understand that fungal infection, commonly known as ringworm infection, was a major problem in villages. Itching caused by these infections is referred to as daad in local dialect.

With poor awareness in the community about basic prevention measures, the infections peak during rainy seasons. As patients do not get themselves treated in time, relapse of infection is common. As these infections are contagious, there are instances where the whole family is chronically infected. 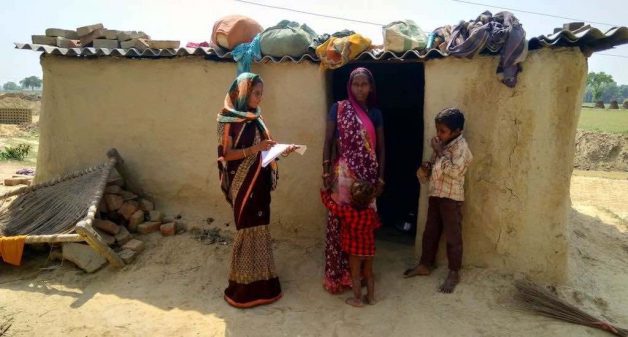 “Though superficial skin infections like scabies and ringworm infections are not life-threatening, they affect the infected persons’ quality of life to a great extent,” Dr Abhishek Mishra, medical officer, who has supported the campaign to control the infections, told VillageSquare.in.

Prompt treatment and personal hygiene would prevent complications. Mishra has trained health workers regarding preventive actions, especially at household level, so as to control spread of infections.

Ideally nurses at government sub-centers and doctors at primary health centers (PHCs) should treat the infections. But villagers often find relevant medicines and lotions out of stock at these government facilities.

Patients have no option but to seek treatment from local practitioners, who are not always trained to impart complete treatment. Improper or inadequate treatment causes resistance to infections, especially ringworm, that become chronic.

Chronicity of complaints needs long-term treatment with powerful medicines, which raises cost. Poor households cannot always afford costly medicine and hence compliance to the treatment is not attained, leading to a relapse of the infection. In a way, patients get trapped in this vicious cycle.

The women and the medical team conceptualized Daad Bhagao Abhiyaan (DBA) as the solution and launched it in villages in Basti district first, followed by villages in Ghazipur district.

The team launched a month-long campaign with the objective of identifying superficial skin infections, addressing them in campaign mode and treating them. The campaign generated awareness about the cause for spread of infections.

They educated villagers about the importance of maintaining personal hygiene and other measures to control the spread of infection. The campaign included trainings, daad bhagao health camps, follow-up through health workers and follow-up health camps, 15 days after the first camps. 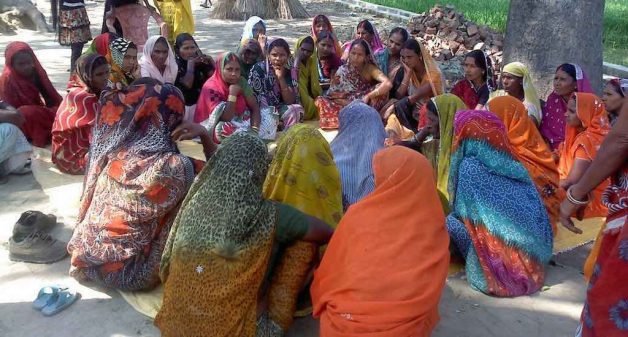 Qualified allopathic physicians trained field workers about scabies and fungal infections, and prevention measures. They in turn conducted orientation sessions for the collectives’ members. Also, line listing of patients, which is a compilation of the patients with the infection, before the health camps, helped the workers spread health education messages on a one-to-one basis.

In villages in Basti and Ghazipur, where Gaon Dawakhana clinics are functional, four DBA camps were held. During the camps, a total of 343 patients were successfully treated. Around 75% of the patients suffered from itching caused by fungal infections and 25% had scabies.

Gaon Dawakhana cardholders received free consultation and medicines. Many patients, who reported similar infections among family members who could not attend the camp for treatment, demanded lotions for them. Thus, the actual reach through the DBA camps was double the number that participated.

Sharda Devi had spent around Rs 3,000 on local practitioners, to treat herself and her family members for the infection. They had only temporary relief. “After attending the first camp, I’m happy to say that my complaints have come down,” she told VillageSquare.in.“We need the camps very much.”

Gaon Dawakhana weekly clinics ensure further follow-up of patients. The campaign helped the team understand that the burden of skin infections is quite high in villages and that it needs focused efforts to completely control them.

It was not possible to operationally execute the campaign only through contribution under Gaon Dawakhana initiative, since lotions, ointments and tablets are expensive. “We collaborated with local government-run Jan Aushadhi pharmacy and purchased medicines at low prices,” Jagdish Giri of PANI told VillageSquare.in.

To bring down the cost further, Whitfield’s Ointment was locally prepared under the guidance of Dr Varishthananda Swami of Ramakrishna Mission Home of Service, Varanasi. “Whitfield’s Ointment is old solution to fungal infections,” Swami told VillageSquare.in.“It may have become redundant in private practice, but it is very useful in treating masses where cost needs to be low.”

Use of locally prepared ointment helped reduction of cost to as low as Rs 5 per patient. The ointment costs around Rs 40 in the market. In select cases, other commonly made lotions were also prescribed as per recommendations of medical officers.

“I am sure this campaign will help the poor save money that’s being spent on injudicious treatment by unqualified providers,” Vimala Mourya of Jan Gramin Vikas Sansthan, a non-governmental organization based at Ghazipur told VillageSquare.in.“While magnitude of this problem indicates unhygienic living conditions, the campaign ultimately aims to prevent infections.’’

After this successful attempt, women have decided that the DBA campaign needs to be periodically executed. “We shall do this campaign again in the months of August – September, since there’s always a rise in daad after monsoons,” said a leader of the women’s collective.

This hands-on experience is very important, as itching due to infection is a primary health problem seen rampantly across villages of rural India. The Gaon Dawakhana through Daad Bhagao Abhiyaan has got a complete package intervention to offer other villages.

The entire campaign was planned according to community’s needs. The women collectives executed the campaign that integrates curative as well preventive focus. Most importantly, it is a cost-effective approach. There is tremendous scope to replicate this effort.