In travelling to the less fortunate parts of the countryside, it is difficult to come to terms with the stark poverty, squalid living conditions and bleak prospects of the young living in the neglected parts of our country 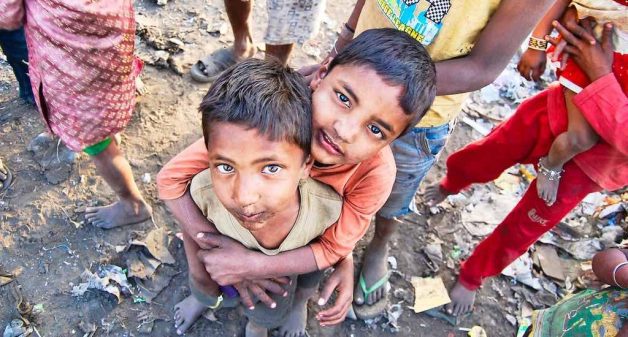 Sometimes it is important to capture impressions rather than offering analysis. Our country continues to be a strange amalgam of contradictions. Rural India, which is what concerns us most in these columns, is neither homogeneous nor uniformly depressing as is often made out.

In the rural parts of more developed states such as western Maharashtra, much of Gujarat, western Uttar Pradesh, Haryana and Punjab, the rural aspect would appear to be more a matter of Census definitions rather than signifying anything severely disadvantageous.

It is common to see a plethora of motorized vehicles, even the more expensive brands of cars; and not infrequently encounter a traffic jam caused by these cars juxtaposed with tractors and lorries right in the middle of a village. Satellite dish antennas stand on roofs of flowery creeper decorated pretty looking homes. You see boards advertising pretty much what you will have in cities: Internet connectivity, departmental stores, Chinese food stalls and coaching classes.

People strain to tell you they are no less than the city bred. Children of most families aim and appear to reach out to contemporary non-farm occupations: young women running beauty parlors, and coaching classes and becoming teachers, and young men becoming engineers, doctors or taking to small businesses, and most of them using two-wheelers.

And then, there is the other rural India so grey, stagnant and grim.

Life and my profession often take me to places that are best described as being in the middle of nowhere. The journey goes somewhat like this. To start with, one goes by a flight to a nearby airport and then takes a train or a bus to reach a largish town. This appears to have most of the urban amenities and facilities, aside of course from filthy open gutters, but still does not seem to be economically vibrant.

Yeotmal, Khandwa, Gumla, Nalbari, Purulia or Faizabad represent this type. Somewhere close by there perhaps is a large and jaded public sector undertaking, which provides all the drive to the local economy it can give in its fatigue. In some places, there may be a seasonal rush for a nearby temple. If not, then the feeling that the whole town is living demonstration of wide-scale social somnambulism becomes very strong.

There you see the huge compound with rather dilapidated collector’s residence adjoining somewhat less imposing structures where the local judge and the police chief live and lesser official mortals live. There are the usual police lines, a civil hospital, the bus stand or the railway station, a few large buildings of schools and perhaps even a few colleges. And then there is the bazaar and the rest of the people.

From here one then travels to smaller urban agglomerates that have in about equal measure brick and mortar structures and makeshift residences of the poor. Here you would have seen in the eighties and the nineties a telephone booth, perhaps an eatery or two, and if you are lucky, a petrol pump. In the east, more likely you see bottles of petrol being sold outside shops. Here the local contact person joins you and then you proceed to the middle of nowhere.

To the middle of nowhere

The grimness of the journey varies with season. Even for the best-intentioned people I would advise avoiding travel in the rainy season. The best time of course is November-January, when you see crops standing and a lot of greenery and people busily doing something. And you can enjoy the sights if your back bears up with the numerous jerks the vehicle gives you as it negotiates the freshly monsoon made potholes.

In summer, the situation is grim — grey lands stretch to the horizon, perhaps with breaks caused by clumps of ipemia (besaram), prosopis or acacia with distant tall mango or mahua trees in flower or fruit. You will also see heaps of straw lumped in the fields and hungry looking cattle searching for something to eat in the blazing sun. If you are in a peri-forest region, you are lucky because you will see spinney of teak or sal or of some mixed trees.

You reach your destination village after many a turn of the narrowing road. What you see are rows of old thatched houses with termite-eaten walls, women in characteristics colorful sarees chasing cattle or buffaloes, small half-naked children scurrying round playing in the mud with stones or sticks followed closely by bawling siblings; apology of electric connections given via poles and sagging wires; wastewater flowing down the streets; bare-bodied men sitting in groups engaged in driving flies away from their bare bodies.

In Bengal, if you have not already encountered groups of young men collecting “donations” for something or the other, you see them round a Carom board or a spread out deck of cards. In other states, the villages would appear to be without young or adult males, as most would have left searching for work elsewhere.

If you are sensitive to the social environment you will notice the unsaid pathos in the eyes of the people you encounter, barely hiding a sullen resentment at seeing someone who obviously has got better luck than them. The fact is that it is mostly luck that you are who you are. In their interactions with you, they try to put a brave face on to their conditions but their tone of dejected self-deprecation is so palpable.

I have never ceased to be surprised at the ease with which stray visitors like you would immediately start asking questions about their lives to them and how easily they start responding. And by the way, few if any halt you and ask you who the hell you are and why is it your business to ask. At times, I wonder how quickly would I ask someone to push off were he to start asking me those very questions.

You discover that there is a local school teaching up to 8thgrade in vernacular, and that the high school is 4 km away. Mothers know that the school works because their kids get food there. You find that most young women stopped studying after 8thor so, were married off and are mothers of two brats before they cross the 21styear.

The boys or the girls had no library, no computer, no playground, and no hobbies whatsoever. The kids have had to work on the farm before or after schools. They have heard of the army, police and railways as employers. Some try to clear the 12thgrade examination to qualify for these.

Fathers are evasive but mothers tell you that they had to withdraw a child or two from high school because it takes money to educate all 3-4 of them. Those who make the grade then keep hitting their head against the wall of unemployment. For the better connected among the rest, becoming a taxi driver or a cleaner on a truck is the way out. The leftover join the Marxian army of hungry unemployed labor waiting and trying to align with a local contractor who ferries them to distant places as laborers.

Over half a million women, trained to access and maintain their land records through mobile phones, have learned to complete documentation, so that they are registered as owners

Connecting farmers who had surplus produce and consumers who lacked access to vegetables and fruits, a farmer producer company in Karnataka bridges the gap, benefitting both

Volunteers in Odisha ensure stranded migrants do not go hungry

Social service personnel working on migration issues network with philanthropists, administrators and volunteers to ensure stranded Odia migrants and other state migrants in Odisha are fed