Workers of closed tea gardens struggle to make a living

In a lively anganwadi or daycare center in Godiguda village, an auxiliary nurse midwife (ANM) conducting health check up of over 10 women, some pregnant and others lactating, reflected the changing scenario in maternal and child health in the Araku Valley of Andhra Pradesh.

Traditionally, delivery cases handled by a dhai, elderly women from the village or the community, being the practice, and pregnant women visiting a medical or a doctor considered an act against norm, pregnant mothers had to submit themselves to their fate despite high rate of maternal and neonatal mortality in the valley, Malati (35), who has decided to go for an institutional delivery for her sixth child, told VilageSquare.in.

Since undergoing family planning surgery, using contraceptives and an abortion by choice are all considered sins against humanity, multiple pregnancies up to five-six children is quite common across the valley inhabited mostly by tribal people.

To add to the plight of women were the rough terrain and lack of communication facilities to reach the government primary and community health centers in times of urgency.

“In a predominantly tribal society ruled by stigma and superstitions, influencing behavior to make these women folks attend regular health check up during pregnancy and opt for institutional delivery was a herculean task,” Pramila, a girl from the Araku Valley who works as ANM in the Aasara tribal health project of Piramal Swasthya, told VillageSquare.in.

Piramal Swasthya works in coordination with the government system to make health services available to tribal communities, particularly pregnant and lactating mothers and their newborns, in times of need. “Despite being from the local communities, we were threatened initially by a few male members for misleading the pregnant women by suggesting them to go for medical check-up and institutional delivery,” Pramila said.

If the mothers and their newborns were to be saved, bringing awareness on maternal and child health, possible complications during pregnancy and benefits of institutional delivery were essential. This idea drove Pramila and her colleagues like P. Padma to reach out to people, trace pregnant mothers and motivate them as well as other family members, such as the husband and elderly members, to avail health services for a safe delivery. 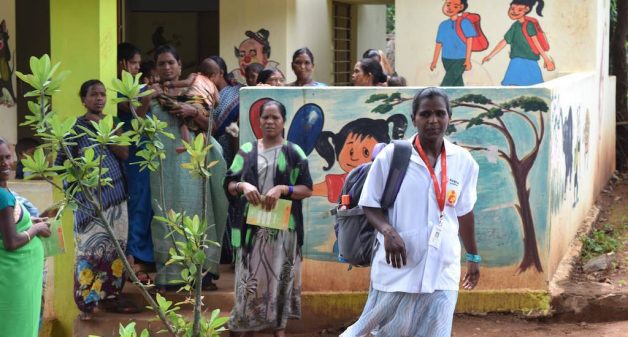 Now, most of the pregnant women like Malati of Godiguda and Vasanta (35) of Muliagalagu are not only coming for health checkup and consuming iron folic tablets as well as other nutrient supplementations, but also have decided to go for institutional delivery. “Earlier, we were unaware of the benefits of institutional delivery,” Vasanta said.

However, accessing public health facilities was an issue for most hamlets. One had to walk miles through rough terrain to reach a paved road and get an ambulance to a health center. The time required to reach a hospital always remained crucial to pregnant mothers.

In order to make the facility reach people in need, a mobile hospital service with all facilities to handle a delivery case has been started under the Aasara project. “Many pregnant mothers from remote hamlets who were at the last stage have delivered their babies in the mobile hospital vans,” T. Swarnalatha, program manager of the project, told VillageSquare.in.

While the ANMs visit every hamlet to attend the pregnant mothers, the telemedicine centers with necessary equipment, nurses and a doctor work as the points for periodical health checkup, necessary treatment and expert consultation through teleconferencing. Mothers diagnosed with diseases that need further treatment are referred to government health care centers or district hospitals.

“Most mothers come with anemia and diseases like malaria and hypertension,” said medical doctor Sanmukha Reddy of Dumbriguda telemedicine center.

As is the case with tribal communities of India, “anemia is most common among pregnant mothers and children of the Araku valley,” nutritionist Sweta Kuralla of Nandivalasa nutrition hub, a center under the Gosthani project to deal with nutrition-related issues, told VillageSquare.in.

About 88.9% of adolescent girls are anemic, 17.8% being severely anemic. Highest prevalence was seen in the age group of 12-13 and 14-15 years that is 85% and 86.5% respectively, says a study on anemia among adolescent girls in the tribal areas of Visakhapatnam district in Andhra Pradesh.

According to National Family Health Survey 2015-16 (NFHS-4), 60% of women in Andhra Pradesh have anemia. Malnutrition being particularly common in the younger age groups of the scheduled tribes, 59% of children between the ages of 6 and 59 months are anemic. Girls are more likely than boys to have anemia.

While tribal mothers have high rates of anemia, and girl children receive less than the desired nutritional intake. All told, the whole tribal community is deficient in adequate food intake, says a report on reproductive health status, issues and concerns of tribal women.

The nutrition hubs work to address the issue of undernourishment among pregnant women and children. Apart from advising them to take iron folic acid tablets during pregnancy, as provided by the government, “mothers are told to consume variety of vegetables, leaves and ragi in different forms for adequate micro-nutrient supplementation,” Kuralla said. “The nutrition hub trains the community on how to grow leaves and vegetables and prepare different types of foods for better nutrition.”

However, there are many issues to be overcome for sustainability of the changes that have come after the interventions.

The scale of child marriage and early motherhood could be higher in tribal population. At least three in every five marriages involve brides below 18 years of age. “Normally girls in the communities marry after 14 years of age,” B. Abhiman, a political worker in Araku valley, told VillageSquare.in. 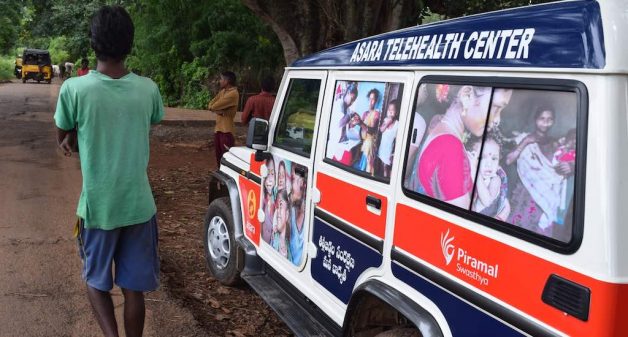 It is established that girls aged 15-19 are twice as likely to die in childbirth than women in their 20s, and girls under 18 face a higher risk of pregnancy-related injuries such as fistula. Infants born to early adolescent mothers have a three-fold higher risk of post-neonatal death compared with adult mothers, studies found.

Promotion of education among girls of tribal communities can address the issue and minimize the risk of child marriage and early pregnancy, says UN report, The Girl Child. In Visakhapatnam, female literacy in the tribal population has remained 34.67% only, according to the statistical abstract of Andhra Pradesh government. Rate of girls completing 10 or 12 years of education is abysmally low.

In regard to nutritional status of newborns, it is believed that the newborn must not be fed with the first milk of the mother, which deprives the child from highly nutritious colostrum and the antibodies the first milk contains. Apart from this, the tribal people of the valley do not consume cow milk, believing that it’s for the calves only.

Changing customary and normative beliefs and practices take time, said Vishal Phanse, Chief Executive Officer of Piramal Swasthya. “However, through the interventions so far in coherence with the government and district administration and by making use of technology for social good and development in public health sector, maternal mortality rate in all registered cases in the valley has come down to zero,” Phanse told VillageSquare.in.

This is despite the fact that Visakhapatnam district has a maternal mortality rate (MMR) of 115 per 100,000 registered live births. “Our focus is now on improving the status of health of adolescent girls,” he added.

Once restricted to their communities, pregnant tribal women are now showing interest in medical check-up, taking medicines and nutritional supplements, and in institutional delivery for their own safety and the health of the child, Vasanta, a pregnant mother of Muliaguda village said.

“Covering 181 villages under the Aasara project, we deal with 250-300 cases of pregnant mothers almost every time,” said T. Swarnalatha, the program manager.

Overall, the scenario is changing. Women have understood the benefits of modern healthcare facilities. As the women and others in the communities are changing their minds, the government mechanism has also become active to respond to health related issues of women, B. Abhiman said.

“Tribal women in the valley have become conscious about their health during pregnancy, a safe delivery and the health of their babies,” Sanmukha Reddy said.

Other than the issues like child marriage, education of girls and normative beliefs left to be addressed through a holistic approach to make the impacts sustainable, results of intervention in the arena of maternal health and nutrition in Araku valley have no doubt made it a model for wider replication across tribal India.