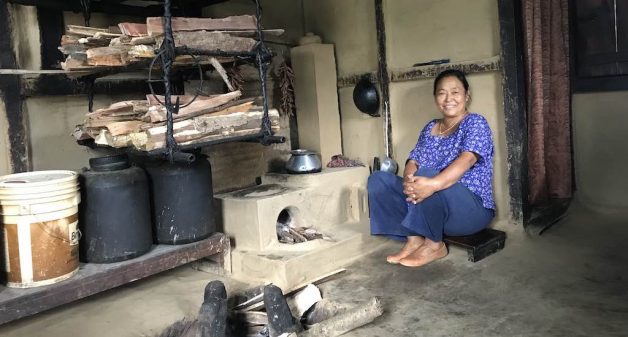 A drive of 74 km through winding mountain roads and several gushing tributaries of Teesta River leads to Rongli town in the remote East Sikkim district. Thereafter, there is no tarred road to reach Talkharka village, which is located up in the mountains near India-Bhutan border, next to the Pangolakha Wildlife Sanctuary that is home to Sikkim’s state animal — red panda (Ailurus fulgens).

It takes a trek of about 4 hours to reach Talkharka that is home to 21 families. The other option is to hire an old and creaky jeep and spend the next hour in a backbreaking journey. It is this tiny, far-flung village in Sikkim that has recently moved away from smoke guzzling, polluting traditional chullahs and adopted improved cook stoves, also known as ICS.

“See my eyes. I have almost gone blind cooking all these years on our traditional chullah. The black smoke would get into my eyes making them water whole day. Coughing had become a part of my daily routine, as I spent major part of my day in the gas chamber (kitchen),” Anita Rai, a resident of Talkharka, told VillageSquare.in.

Two months ago, she got a new lease of life when she set up an improved stove in her kitchen. “I don’t have words to explain how the new cook stove has transformed my life. I never thought I could work in a kitchen without any smoke. The food, too, gets cooked faster, giving me enough time to work in my fields,” said a relived Rai. Though a bit late in life, her journey of a healthy and happy life has finally begun.

Talkharka village in Rigu gram panchayat unit (GPU) of East Sikkim district is a thinly populated village with just about 21 households. All its residents are farmers with main crops of black cardamom and maize. Because of its close proximity to the Pangolakha Wildlife Sanctuary and the reserve forest, human-wildlife conflict is common, with animals like wild boar, wild pigs, porcupine and deer regularly destroying the crops. 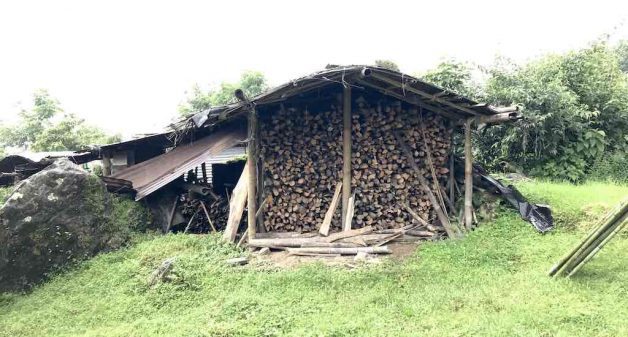 Setting up of improved cook stoves was never a planned program in Talkharka. In 2016-17, with financial support from Axis Bank Foundation, Gangtok-based WWF India and Darjeeling-based DLR Prerna carried out a joint-survey on human-wildlife conflict in and around protected areas of Sikkim and Darjeeling in West Bengal.

“Through this survey, we got an idea about the high conflict areas in Sikkim and zeroed down on villages that were most affected. Talkharka was one such village,” Priyadarshinee Shrestha, team leader, WWF-India, Khangchendzonga Landscape Office, Sikkim, told VillageSquare.in.

However, after holding first few meetings with the community last year, the non-profit realized that high firewood consumption and indoor air pollution was a major issue in the village. Several women complained about it. “We decided to address this issue first and used improved cook stoves as an entry point into the village,” informed Shrestha.

To begin with, a series of meetings were held with the villagers, with active participation of women, to inform them about health effects of smoke from traditional challahs that are also notorious for high firewood consumption. These traditional stoves are nothing but three slightly raised pillars between which firewood is fed and a cooking pot perched on the top. Because the flame in such chullahs is not controlled, a lot of time is spent cooking meals. There is no chimney or system for ventilation leading to high smoke. 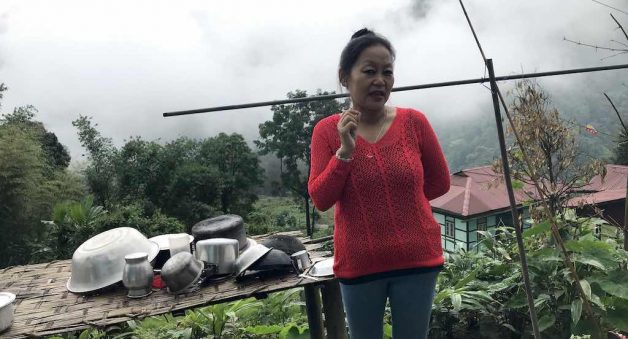 Keeping in mind all these facts, in January this year, a baseline survey on firewood usage in Talkharka was carried out by Shrestha and her colleagues. They found that on an average, a large family with five or more members, used anywhere between 15 tons and 50 tons of wood annually.

The consumption pattern in medium (between three and five members) and small families (two or less members) was found to be 54.5 – 6.56 tons and 26.6-2.7 tons every year, respectively. Regarding daily usage of fuel wood, on an average, one household used 15.7 kg of firewood for cooking purposes, 4 kg for heating water and 8.6 kg for fodder preparation.

In addition to this, every month a household consumed 71.6 kg of firewood to prepare traditional beverages, whereas curing of large cardamom required 361 kg firewood per annum per household. Some families were found to be consuming 1,500 kg of wood every year for cardamom curing. All these findings were shared with the villagers.

After holding focused group discussions with residents, WWF-India decided to train local villagers in setting up of improved cook stoves. These stoves have been introduced by the non-profit in some other villages of Sikkim. Sabina Rai, a resident of Rongli but born and brought up in Talkharka (her ancestral village), is one such master trainer who has helped set up smokeless chullahs in all households of Talkharka (except one whose owners don’t live in the village).

Making these 62 bricks requires four sacks of red soil, 5 kg cow dung and 5 kg paddy husk. All these ingredients, which are easily available in each household of Talkharka, are mixed well and kneaded like dough with the feet. There should be no stones or lumps in the mixture. This thick mixture is then put into molds and converted into bricks that take 17-18 days to dry.

Once the bricks dry, the second step begins. “Using 45 bricks, the base chullah is made followed by a 17 bricks chimney attached with the chullah, whose exhaust is outside the kitchen. This ensures whatever little smoke is generated does not accumulate in the kitchen,” explained Sabina. The chullah is also plastered using a mixture of four sacks of red soil, 2 kg jaggery, some sawdust or husk and 1 kg common salt.

Indoor air pollution can be up to 10 times worse than outdoor air pollution because contained areas enable potential pollutants to build up more than open spaces, notes a 2014 paper published in the Indian Journal of Community Medicine. 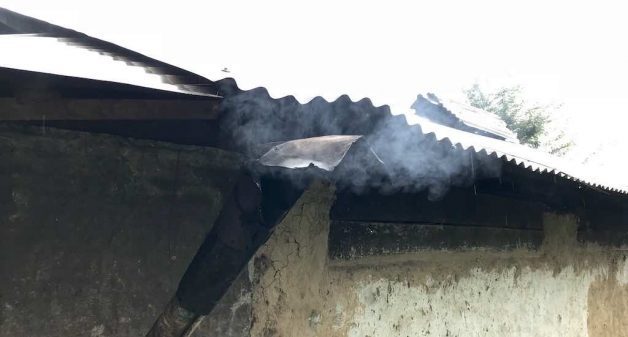 A small chimney is attached to the stove, which carries the smoke out of the kitchen. This has greatly tackled indoor air pollution in Talkharka (Photo by Nidhi Jamwal)

Incomplete burning of biomass fuels leads to emissions of suspended particulate matter, carbon monoxide, polyaromatic hydrocarbons, polyorganic matter, formaldehyde, etc., all of which have adverse effects on health. For instance, it is estimated that ill-effects of indoor air pollution result in about two million premature deaths per year, wherein 44% are due to pneumonia, 54% from chronic obstructive pulmonary disease (COPD), and 2% from lung cancer.

“The improved cook stove has given a new lease of life to the women Talkharka and improved the quality of our life in many ways,” said Anita. “I live alone and used to consume 5-7 kg fuel wood daily for cooking purposes. But, by switching over to the improved cook stove, my firewood consumption has come down to 1.5 kg a day.”

Other women of Talkharka said that the time taken to cook food had reduced to less than half as the flame of the new chullah was controlled and no heat was wasted. The improved stove also has space to keep an additional pot in which food remains hot for hours after the fire has been put off.

Apart from reducing indoor air pollution and tackling high firewood consumption, improved cook stoves have become a source of livelihood for villagers in Sikkim. People have a choice of setting up their own improved chullahs, or hire a trainer like Sabina to make it. According to Shrestha, there are over 10 master trainers in the state, trained by WWF-India, to make improved cook stoves. “Rather than inviting resource people from outside the state, we invite these local villagers who further train other villagers and also earn an honorarium,” she said.

Meanwhile, Sabina is quite excited. “I recently got an order from someone in Gangtok to set up an improved chullah in her house. Since I will be collecting the raw materials, making bricks, transporting them and also setting up the chullah, it will earn me some Rs 7,000,” she told VillageSquare.in. Her husband assists her in setting up these smokeless stoves. Improved stoves, no doubt, are a win-win solution.

Nidhi Jamwal is a journalist based in Mumbai. The story is being published as part of IHCAP-CMS Media Fellowship Program.