Suffering losses from traditional crops of ginger and cardamom, farmers in the mountainous areas of Kalimpong and Darjeeling in West Bengal have started growing organic coffee for better returns 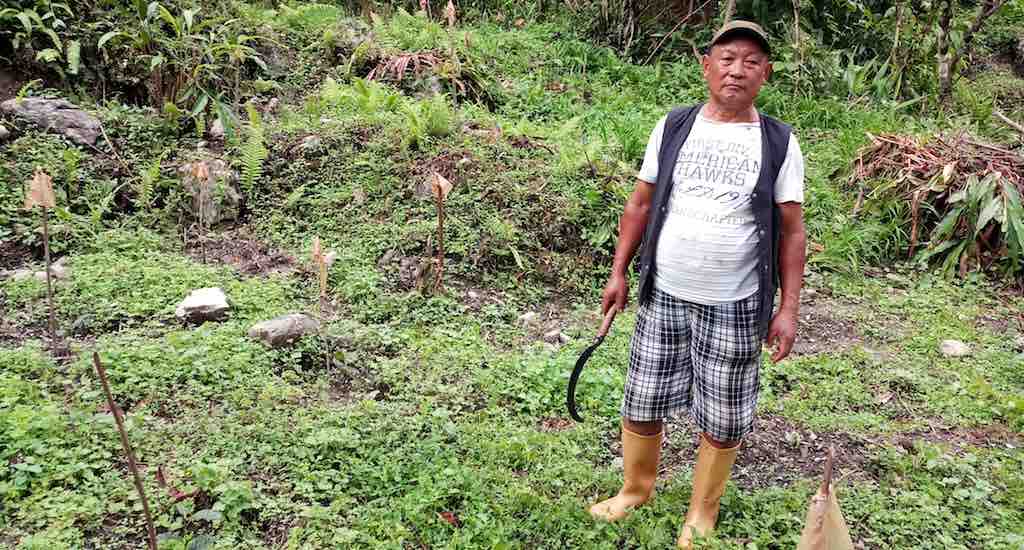 With ginger and cardamom failing them, West Bengal farmers like Sonbir Rai have started growing coffee in a part of their lands (Photo by Gurvinder Singh)

Sonbir Rai (68) has been a traditional farmer throughout his life. His ancestors also made a living by cultivating fields at Sangsay busti in Kalimpong district of West Bengal. Farming, however, has not been profitable for him for the past few years. He has been incurring losses for various reasons ranging from virus infecting the crops to low price for the produce.

The onslaught of virus has caused considerable damage to the crops. The sexagenarian has now pinned his hopes on coffee farming, which he believes will turn his fortunes. In one acre of his land, he has sown coffee saplings that would bear fruit from the third year onwards.

Unable to sustain themselves by growing traditional crops, farmers in the districts of Kalimpong and Darjeeling, the latter known for its tea, are switching to cultivation of coffee, with the hope of getting better financial rewards.

Coffee instead of cardamom

The price of cardamom that once stood at Rs 1,600 per kg has now dropped to Rs 400. “Traditional crops like ginger and cardamom are not doing well and we have been facing severe losses,” Sonbir Rai told VillageSquare.in. “Coffee might swing my fortunes.”

Sonbir Rai is not alone. Around 400 farmers have started growing coffee in 347.74 acres of land in Kalimpong administrative block I and II.

Gorkhaland Territorial Administration (GTA), a quasi-autonomous administrative body, took the initiative to promote coffee cultivation in the hills and provide an alternative crop for livelihood, to the farmers facing staggering losses due to poor yield from traditional crops.

The Directorate of Cinchona and other Medicinal Plant of West Bengal is the nodal agency that collaborates with the agriculture and horticulture departments of the GTA. 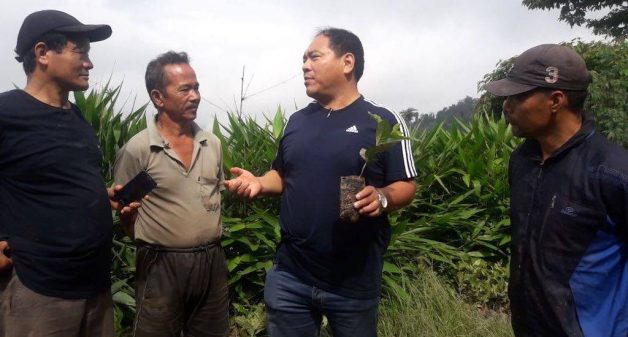 “We have been doing the project in collaboration with other departments of GTA. The main aim is to offer alternate livelihood to the farmers whose farm produce is unable to provide them with proper income,” Samuel Rai, head of Directorate of Cinchona and other Medicinal Plant based at Magpo in Darjeeling district told VillageSquare.in.

Samuel Rai attributed the coffee plantations in the hills to be the brainchild of C. Murugan, the secretary of GTA, who hails from South India, one of the major coffee producing regions of the country.

At present, Karnataka is the highest coffee producing state, producing more than 75% of Indian coffee, followed by Kerala, besides a smaller output from Tamil Nadu, Andhra Pradesh and Assam.

When Murugan came across coffee plantations in Gitdabling village in Kalimpong district in 2014, he hit upon the idea of growing coffee as a commercial crop.

In 2014, the directorate, working with farmers interested in taking up coffee cultivation, took up the pilot project of planting coffee seedlings over two acres of land in the districts of Kalimpong and Darjeeling.

“We planted coffee saplings in Mungo, Munsong, Latpanchor and Rongu areas,” said Samuel Rai. Around one ton of coffee beans were harvested after three years and converted into coffee powder.

Enthused with the production, early this year, GTA asked the directorate to prepare a Detailed Project Report (DPR) to start coffee production in the hills. Kalimpong was preferred since its temperature of 20 to 32 degree Celsius is ideal for growing coffee.

In April 2018, the directorate submitted the DPR with a budgetary estimate of nearly Rs 5 crore to start coffee plantations in the hills. The GTA sanctioned Rs 2 crore for the first phase.

The GTA has bought 7.20 lakh coffee saplings from nurseries in Chikmagalur of Karnataka. About 3.72 lakh seedlings that have been certified by the Coffee Board have already been distributed. The department is contemplating on starting a coffee nursery locally.

With cardamom and ginger failing them and with the oranges they grew also getting destroyed due to pest attacks, and unable to sustain themselves with other crops like paddy and maize, the farmers were eager to try growing a different cash crop.

The farmers were identified on the basis of their interest for growing coffee. The department selected farmers whose land was registered in their name and who were willing to spend 25% of the cost, so as to have ownership over the cultivation. GTA gives 75 % subsidy to farmers for purchase of seedlings. 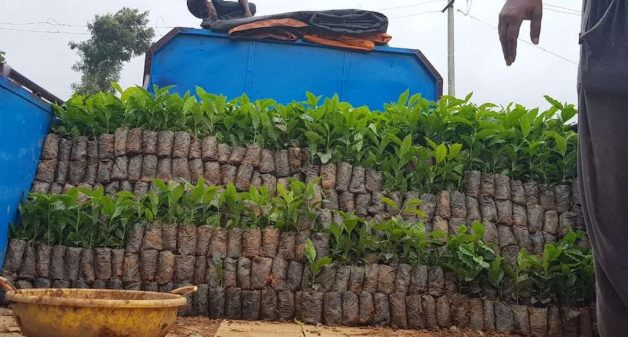 The farmers grow coffee on a trial basis in 20% to 30% of their land. The coffee they grow is organic by default and also by choice. According to officials, about 80% of the soil is organic in nature as chemicals are not used in the fields.

Also the farmers have taken a conscious decision to grow coffee organically so that their produce would command better price. Being a non-traditional coffee growing area, the farmers do not face any threats due to pests.

The entire coffee growing area has been divided into four clusters comprising of 34 villages in Sangsay Bhalukhop, Algarah and Gitdabling in Kalimpong block I and II.

We are planting Chandragiri variety, which is suitable for this locality as it is resistant to trunk borer and coffee rust problems,” Mahadev Chhetri, senior scientific officer of the GTA horticulture department told VillageSquare.in. “We wish to create a brand of Kalimpong coffee like the Darjeeling tea.”

According to Chhetri, farmers would be taken to Karnataka in September this year, to be trained by coffee experts.

The Central Coffee Research Institute (CCRI) has decided to wait and watch the progress. “It’s a good initiative but they need proper support and infrastructure for growing coffee,” C. G. Anand, joint director of research at CCRI told VillageSquare.in. “We have to wait for the first produce to know the quality of the coffee and whether it has the potential to compete in the international market.”

Samuel Rai, however, sounded optimistic. “The specialty of Kalimpong coffee is that, it is completely organic and the coffee experts who visited Kalimpong have given a positive feedback on the coffee.”