Despite long-held notions that young people in villages lack better life opportunities, the current situation of youth in urban areas and their proximate countryside is not too different in many parts of India 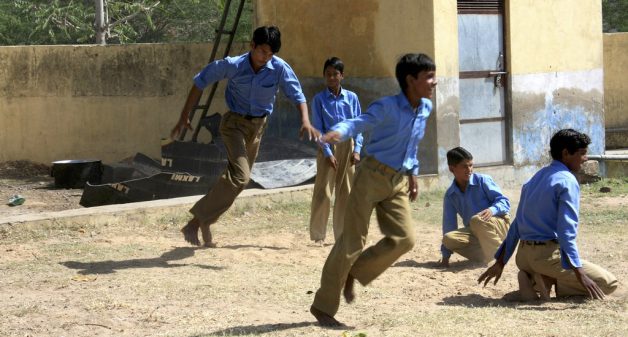 Despite what several sour-faced intellectuals, mainly povertarians, may feel, India is increasingly becoming a land of unprecedented opportunities for its citizens. A son of a Muslim fisherman became a leading scientist and then the President of India. A Dalit Christian boy walking six miles to school in his childhood held prestigious office in the Foreign Service and reached the highest office. A Parsi office boy in a legal firm ended his career as Chief Justice of India.

These are not fairy tales but real history of our times. The huge success achieved by young men from modest backgrounds in cricket or the current flurry of gold medals won by humble people in international competitions reinforce the claim that we indeed are a land of opportunities, which many young persons from humble backgrounds are able to tap. There are literally thousands of examples of men and women rising from their humble rural beginnings to excellent positions in the world. If less dramatic, they are closer to prosaic life of ordinary people.

How widespread is the phenomenon of young rural people accessing opportunities? How unwarrantedly euphoric is this statement about India being a land of opportunities for everyone? We try to explore these questions in this essay.

Old-fashioned beliefs hold that for an individual makes a transition to a life situation superior to one in which she was born, three things are important. These are aspirations, efforts and opportunities.

Aspirations arise from both a sense of the self, the sense of what is right for me to want, and the influence of the thinking and encouragement that I receive from my parents. The way I was socialized and the norms under which my family lives in its community — all influence this.

Opportunities are both external and driven by support that I receive at home. Infrastructure, institutions, public funding for pursuit of lines of career are all matters external to me, determined by the state and society. Certain amenities and facilities, such a good library or a playground or a gymnasium may simply not be there in my village or town. An amenity or a facility may be around but the entrance, personal apparatus needed to use it and membership costs may be beyond my father’s budget. Even if there be a good cricket coaching center near my home, if my father can not buy cricket gear and pay for coaching, the club may be no use to me.

The third dimension is efforts, which assume that I desire to grow in a certain line and that although opportunities are available, unless I make necessary efforts, I cannot achieve the desired end.

The above statements are true for youth, both in rural and urban areas. It is arguable that when an urban center and rural areas around it are taken together, we may expect culture and social norms to have a high degree of commonality in the region. If individuals in rural and urban habitats on an average put in similar efforts, then the differences in outcomes are to be solely ascribed to differences in opportunity sets available to them.

If the old prejudice that villages are completely devoid of opportunities and that is the sole reason why their youth flock to cities and towns were valid, one should expect to see sizeable differences in the opportunity sets available to youth in an urban center compared to youth in rural hinterlands around it.

This was precisely the question that was investigated in a number of studies carried out recently by us. The results are a mixed bag. Three of the most salient inferences from the research are presented below.

There indeed are some differences in opportunities: schools tend to be closer in urban areas, urban kids tend to have better access to newspapers and magazines, urban schools tend to be a little better, there are possibly a few more persons and places from which guidance to youth is available in urban areas. But the difference in opportunity sets is simply not large enough to make place rural youth at a distinct disadvantage compared to their urban areas.

What is more startling is that there is no material difference in the chances of a rural young person making a transition to a higher life situation compared to his parents and similar chances for an urban youth.

The geographic classification of habitations as urban and rural is really fuzzy. Most people define an urban center and leave the rural as a residual category — all that is not urban is rural. Clearly therefore, there are huge “in class” differences within the so-called urban as well as the so called rural.

The perception that the rural youth lack opportunities, which their urban counterparts have, is thus prone to be an overstatement and there is evidence to indicate that though there be such differences, it does not seem to make life outcomes very different for the rural and urban youth.