Constructed to ensure water security for cultivators, farm ponds have also helped rural women by reducing their daily treks to fetch water for domestic needs, and improving their personal health and hygiene 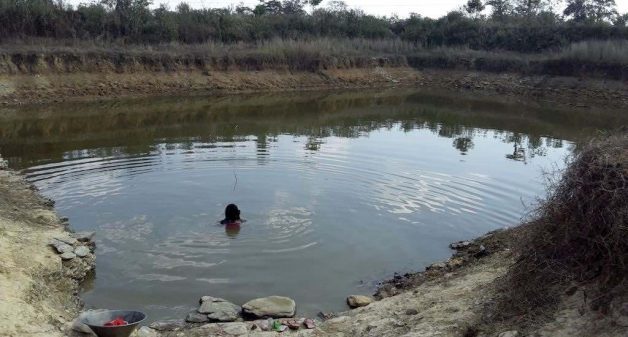 Farm ponds, given the very name and usage, bring to mind the image of farmers using water from the ponds to grow crops. Central and state governments have been promoting water harvesting structures to ensure water security.

These interventions have a direct impact on the lives and livelihoods of farmers. However, an important component, mostly ignored by policymakers as well as development researchers, is the impact water harvesting structures have on the lives of women.

Keeping aside the fact that they impact women, since a majority of the farm work is done by women, there needs to be a focus on the domestic and personal activities exclusive to women. Water harvesting structures in general, and farm ponds in particular, have been beneficial to women in carrying out their day-to-day activities.

Farm ponds address the issue of water scarcity. Working since 2013, Tata Steel Rural Development Society has constructed 800 ponds in East Singhbhum, West Singhbhum and Seraikela Kharsawan districts. To ensure good results, sites for ponds were selected based on the slope, besides depth and water retention capacity of the soil.

The farm ponds are varied in size, depending on the availability of land. The lateral dimensions varied between 80 ft and 200 ft. The depth was mostly standard at 10 ft. Ponds were dug in the fields of the farmers who evinced interest.

An impact assessment study was conducted in the Singhbhum districts to check how water-harvesting structures can be beneficial to women and contribute to a better quality of life. 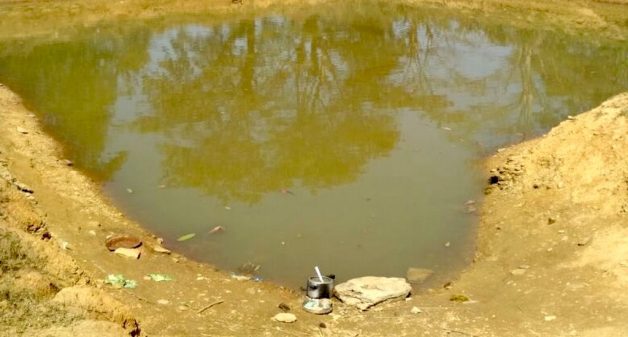 With immediate water source, women are spared the drudgery of walking for hours to fetch water for their household needs (Photo by Meghna Mukherjee)

We analyzed parameters like sanitation and health that affect quality of life and triangulated the same with data from the FGD and secondary reports. We found that the volume of water available was not only sufficient for agricultural activities, but also fulfilled the domestic needs of the farmers’ families.

Women carry water from distant sources in unfavorable weather conditions for their household needs. They walk on undulating as well as sloping terrain. There were instances of women slipping and hurting themselves while carrying water pots and washed clothes.

In Surga village in East Singhbhum, one of the respondents said, “Our daily routine consisted of spending three hours to carry water on our head and on our waist.” According to a report by UNICEF and WHO, women spend at least 30 minutes to collect water for their needs.

With similar situation prevailing in India, it is imperative that water sources are constructed near the villages and closer to the dwellings, to reduce the number of trips that women have to make. Besides the family’s needs, the women have to fetch water for the cattle too.

The drudgery associated with carrying water leads to pain in the back, hand and knees. An old woman said she suffered from severe back pain because of the habit of carrying water on her head. Now she has a hunch and needs a walking stick.

Bathing in the open

Lack of water near their houses is the most common reason for almost 95% of rural women taking bath in the open. Even after construction of toilets under Swachh Bharat Abhiyan, women defecate in the open because often the toilets are turned into storage units for lack of water.

The quality of water in most of the rivers and streams where women generally take bath is questionable as it is the same water where animals are bathed. This leads to various kinds of skin infections and diseases.

Lack of water facility near their house makes it difficult for women to clean their soiled menstrual cloth. They have to walk far to a secluded part of the stream or in some cases, wait for others to finish their bath and chores so as to use the hand pump. Some complained of having to keep the soiled clothes at home as they were unable to go to the stream in the evening to wash it.

Women of Manjhari in West Singhbhum said they used to go to a lowland stream earlier. With the construction of farm ponds, women said they no longer walk miles to fetch water.

One of the women in Sargu village of Ghurabanda administrative block said, “Earlier we had to bring water from a stream 2kms away and so I used to bathe on alternate days.” With a farm pond near her house now, she bathes every day.

Women confirmed that after the construction of farm ponds, they don’t spend much time in collecting water. Where they used to spend an hour to three hours, now they are able to do the same task in 20 minutes to half-an-hour, since they are able to bathe and wash clothes in the farm ponds.

Some women joked that the spare time has enabled them to socialize with their neighbors. Some said now they are able to take a nap in the afternoon after lunch. Taking nap was a luxury which a woman couldn’t afford earlier.

For their livestock also, they take water from the pond. The ponds cater not only to the needs of the animals of the farm pond owners, but also those of other villagers.

The number of complaints of back pain has also come down. Young women were relieved that they could wash their soiled menstrual cloth at their own convenient time.

Involving women while planning for water harvesting structures is a challenge that needs to be overcome. Also, while constructing farm ponds one may look at the option of construction of closed private bathing spaces for women.

During the FGDs, women expressed their desire to have an enclosed bathing space that would ensure privacy. As the pond water is stagnant, the water is likely to get dirty by frequent use. Small private bathing spaces near the ponds would ensure that the water remains clean.

Whenever water-harvesting structures are constructed, the main focus is on farmers who are generally perceived as men. The farmers reap the direct benefit of assured water supply by increasing their cropping intensity. However, one generally ignores the impact water has on the lives of women.

Apart from reduction in drudgery, time saved in collecting water has positive effect on the health of women. It is clear that one should look beyond economic parameters and consider the social impacts while constructing water-harvesting structures .

Meghna Mukherjee is a research fellow at VikasAnvesh Foundation, Pune. Views are personal.

Meghna Mukherjee is a research fellow at Vikasanvesh Foundation, Pune.