After the jungles they inhabit were declared a wildlife sanctuary, the Soliga tribe in southern Karnataka has made history by winning a legal battle over their traditional rights to forestland and produce 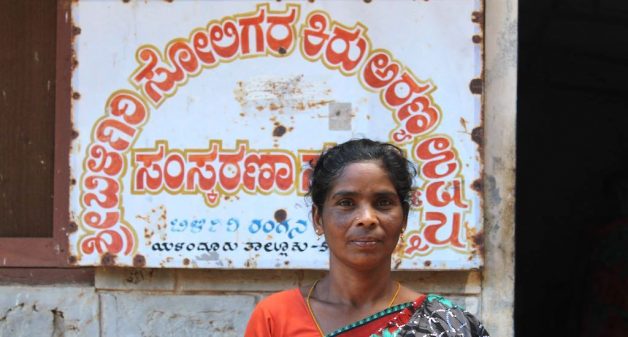 Soligas are an indigenous tribe of Karnataka, inhabiting the peripheral forest areas near Biligiri Rangana Hills (BR Hills) and Male Mahadeshwara (MM Hills) in Chamarajnagar district. Traditionally they have been dependent on the forests for their livelihood. The Soligas are also called the children of bamboo because the word is believed to mean that they originated from bamboo.

When the government declared the forests they live in a protected reserve, the Soligas created history by becoming the first tribal community living inside the core area of a tiger reserve in India to get their forest rights officially recognized by the court of law.

In the earliest account of the tribe, Scottish traveler-physician Francis Buchanan-Hamilton described the Soligas as ‘somewhat shy’. In the podus (settlements) near BR hills, the sight of Soliga women shying away from outsiders is common. “Our people have always feared naadu-jana (town people),” 60-year-old Achugegowda told VillageSquare.in.

The Soligas were dependent on hunting and shifting agriculture traditionally. The children learnt about forests and animals that their tribe worshiped. “We could easily identify over 50 different plant varieties in just one square foot of land,” said Achugegowda.

Even today the Soligas are known for their intimate knowledge of the forests and judicious use of medicinal plants and non-timber forest produce (NTFP) like honey, gooseberry, lichen, tubers, etc. They are extremely good at identifying animals through pug marks and smells.

But the Soligas were evicted and relocated, after the forests near BR Hills were declared a wildlife sanctuary under the Wildlife Protection Act of 1972.

In 1974, the government declared BR Hills including the Biligiri Ranganatha Swami Temple area as BRT Wildlife Sanctuary. The government evicted many Soligas from the forests and relocated them in nearby plains.

In 2011, the sanctuary was declared a tiger reserve. Almost every member of the Soliga tribe believes that it was a hasty announcement, without proper consultation and approval of the tribe that has ancestral rights over the region.

As far as 55-year-old Shivmallu can remember, there were hardly any incidents of conflict involving Soligas and tigers. The tribes worship the tiger as Huliverappa.

“Over hundreds of years, we have successfully mastered the art of co-existing with tigers,” Shivmallu told VillageSquare.in. “It is we who first tend to sick animals, inform the forest guards of tiger and elephant deaths.”

“Various forest laws had already put an end to our traditional practices such as hunting – for our own consumption – and taragu benki or low-intensity fires lit to control the reckless growth of invasive species such as lantana,” said Achugegowda. “In 2006, the forest officials restricted our access and collection of NTFP.” 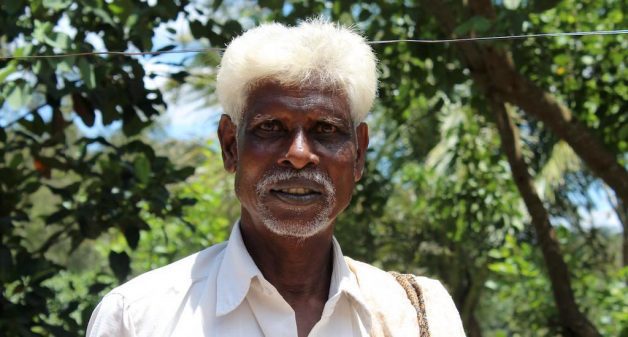 Achugegowda, who has been at the forefront of the Soligas’ legal battle, says the tribe should be integrated into conservation efforts than be alienated (Photo by Amoolya Rajappa)

In 2008, the Soligas took the issue to court. The Forest Rights Act helped them in their legal battle. With the court ruling in their favour, in August 2010, about 1,200 families received pattas that established their rights over the land.

In January 2011, when the government declared the sanctuary a tiger reserve, collection of forest produce was banned. The tribes banded together to form collectives called Soliga Abhivrudhi Sanghas, to voice their concerns. Developmental organizations such as Vivekananda Girijana Kalyana Kendra (VGKK) and Ashoka Trust for Research in Ecology and the Environment (ATREE) supported the Soligas in their demand for their rights.

“We campaigned rigorously and informed the entire tribe of our traditional rights,” said Shivmallu, recalling their advocacy efforts to gain community forest rights. “We distributed pamphlets in Soliga dialect to every household in every settlement.”

“The legal proceedings were taxing and time consuming,” C. Made Gowda, secretary of the Zilla Budakattu Girijana Abhivrudhi Sangha, and the first Soliga to get a doctorate, told VillageSquare.in. In October 2011, when the court ruled in favour of the Soligas, and secured their rights to habitat and NTFP collection, it was a huge win for the community, especially for those dependent on the forests for livelihood.

The court ruling granted community forest rights including the right of access and ownership of NTFP, fishing, grazing and cultural practice rights, besides the right to conserve and manage the forest. About 25 village panchayats were granted community rights, including collection of NTPF and maintenance of lakes within the reserve.

With the authorities mulling over relocation plans, the fate of a few settlements in core and buffer zones still hang in balance. Hence, a few like 36-year-old Nanjamma, a Soliga single mother, are worried about displacement. “I am not sure we can live in the plains away from forests,” Nanjamma told VillageSquare.in. “We are too accustomed to the weather and water here.”

Community efforts to save tigers

The number of big cats that doubled between 2011 and 2015 has proved that indigenous tribes like Soligas can co-exist peacefully with wildlife.

In consultation with various organizations, recently the Soligas chalked out detailed area-specific plans for tiger conservation in BR hills, an ecologically important area of over 500 sq. km that acts as a crucial link between the Eastern Ghats and the Western Ghats.

The community conservation plan suggests practical measures for both the forest officials and Soligas to jointly work on issues such as spread of lantana, forest fires, poaching, quarrying and timber smuggling.

In tune with nature

A system unique to Soligas is that they offer the first yield from their farms to animals and birds. VGKK helps the tribes market their harvest from the forests, after processing or value addition. The products are sold primarily in Bengaluru and Mysore, with honey topping the sales.

Made Gowda who also works at ATREE as a programme associate, has research studies to prove that harvest of honey and amla from various Soliga settlements is sustainable.

According to Achugegowda, they value the forests more than anybody else and they are the first to respond in case of emergencies such as forest fires. “If the argument is about us looting forest produce, we should all be living in houses built of timber,” Achugegowda, who was at the forefront of the movement, and demanding that they be integrated in conservation efforts, and not be displaced, told VillageSquare.in. “