Mahatma Gandhi’s vision of economically self-sufficient villages is at a distinct variance with the ideas and policies of liberalization, trade and globalization. Is it possible to strike a middle path? 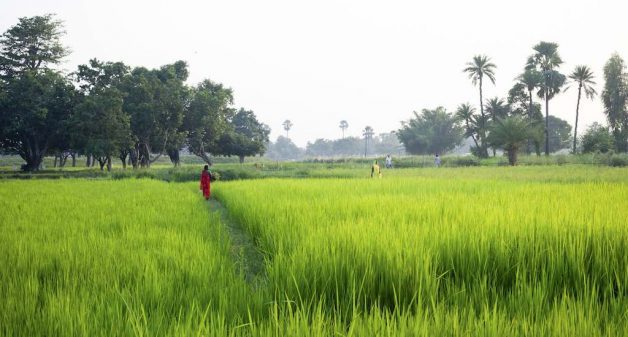 People and organizations working in rural development often hold Mahatma Gandhi’s concept of gram swaraj as an ideal. Its transformed version is currently in vogue in the light of developments in peri-forest villages.

“In Delhi and Mumbai, it is our government; in our village, we are the government.” Thus goes the increasingly popular slogan given by Devaji Tofa, popular leader of the Mendhalekha pioneers who have assumed some prominence in recent years. He says that this is the true meaning of gram swaraj as far as autonomy, self-governance and governance over village resources are concerned. What about economic matters? At the core of gram swaraj is the concept of an economically self-sufficient village.

The current policy of Liberalization, Privatization and Globalization is collectively called LPG by many. LPG is a clutch of economic policies aimed at integrating the nation in the world economy so that it could gain from trade and foreign investment. This policy has never been too popular with the development fraternity. Economic compulsions have forced subsequent governments since 1991 to try and increasingly align their policies to the goal of LPG. How does the concept of gram swaraj tally with LPG?

The core economic philosophy of gram swaraj was of a largely self-sufficient village. All that the village consumes should be produced in the village, all the services which people need should be made available within the village.

There is sound economic logic hidden behind the romanticism. If a bulk of the economic transactions done by any village resident occur within the precincts of a village and happen with another villager, then the money multiplier prominently comes in play and any income inflow into the system from the outside world results in a significantly enhanced income effect on the village.

When viewed in a slightly larger geographical perspective, full reliance on transactions within the local area economy can generate livelihoods for a greater number of local residents than can market exchange of this economy with the “outside” world.

It is possible to argue that the economics of gram swaraj would surely avoid debt traps arising out of intense integration with markets. As the stark contrast between the suicide-prone regions of Maharashtra with even poorer but suicide-free regions of North Bihar shows, deeper market integration brings with it increased vulnerability to vagaries of the market, which combined with the debt trap lead to the ghastly epidemic of suicides.

It is also possible to argue that the underlying production technology for the economics of gram swaraj is the stuff of which resource sustainability is made. Gram swaraj would, for example, require farmers to apply farmyard manures and other locally produced organic materials for growing good crops. These would be produced using local materials and by the labor of local people. Inorganic chemicals and other toxic stuff would not enter the village and hence there would be no danger of chemical residue in produce or in water and soil of the village. 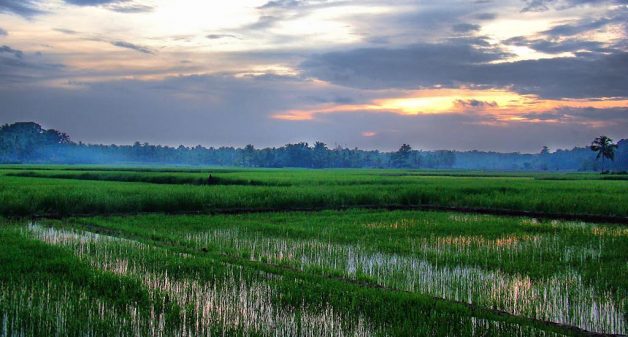 The third major advantage of this gram swaraj is that it will lead to a large demand to be catered by the villagers themselves. This will result in far fuller employment and hence virtually every one in the village would have a job. Thus the economics of gram swaraj is conceptually the building block of what Muhammad Yunus calls the world of three zeroes. This is the world of zero poverty, zero unemployment and zero carbon footprint on the environment.

Unfortunately this idyllic economic model was never implemented fully. And it seems to run in complete contrast with LPG. Whether this contrast is inevitable or not, there are three possible challenges to the logic of a self-sufficient village.

The first is a tacit restriction on what one consumes which the concept requires every villager to agree. I as a consumer wish to consume a range of goods and services. If my economic transactions are to be confined to the village itself, then I should agree to consume only that which can be produced by people in the village. Thus this requires that tastes of the village consumers can be regulated.

The second challenge lies in the essential insularity and statist sameness amounting to stagnancy of this village economy implied by this concept. The focal village can be completely passed by the technological advances and product and services innovations that occur out there since the village has no transactions with any one out there.

As the village and hundreds of other villages which do not follow gram swaraj economics move in time, hiatus evolves in the level of their development. The rest of them move ahead with times receiving and adopting innovations and changes and perhaps reaping their advantages in terms of better returns to their resources and labor.

The third challenge lies in population growth. As we know historically, extant resources and technology perhaps coped with current level of population. However as crude death rates fell and crude birth rates held firm, the rural population grew rapidly posing severe strain on village resources and capacity to look after every one’s needs.

Whether they completely contrast each other or not, the reality is that when seen over time; a village needs a bit of both. It surely needs to access and use innovations and technical developments occurring out there. It sure needs to avoid becoming putrid and stagnant. Its residents sure need a degree of choice to consume according to their tastes.

And it also needs to insulate itself from the global markets to the extent that vagaries of that market superimposed on vagaries of weather and nature will not cause its residents to commit suicide. It sure needs to ensure that the local residents are meaningfully employed. And it needs to become ecologically sustainable.

Can the two seemingly opposite ways of managing economic life be both harnessed to maximize the long term well being of the village? Those who discover such a happy blend will have meaningfully contributed to the attainment of the dream of the Mahatma.