Can agriculture be profitable and sustainable? 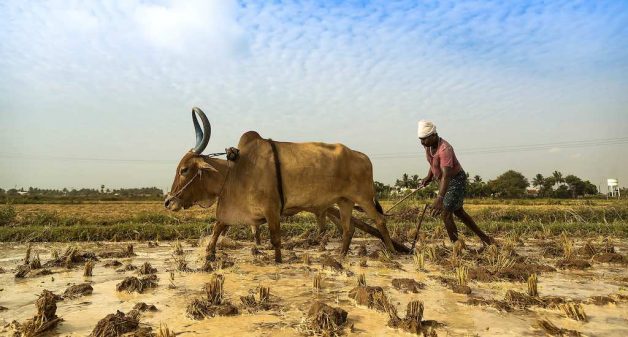 India is facing a crisis in agriculture (Photo by W.B. Kannan)

Hunger and poverty are global issues and two UN Sustainable Development Goals – no poverty and zero hunger – remind us of the huge task ahead. According to the Food and Agricultural Organization, around 815 million people in the world are deprived of food that is required to lead a healthy life. Asia has the largest number of hungry people, roughly two-thirds of the population. 35% of children below five years of age in South Asia are stunted due to malnutrition and poor sanitation.

Although agriculture contributes significantly to the GDP of many developing countries in Asia, the gap between food demand and supply is widening. There are many factors that aggravate the prevailing situation. Key factors include depopulation in the mountains and rural areas, changing land-use systems, environmental degradation contributing to soil erosion or soil fertility loss, abandonment of agricultural lands, and declining interest of youth in agricultural activities and preference for non-agricultural income opportunities.

As development is a prime agenda for these countries, more agricultural lands are being diverted for other use. With limited fertile land, it is becoming more difficult to feed the growing population. In response, agricultural policies in some countries have been revised to support yield maximization. For example, Nepal’s new Agriculture Development Strategy (2013) emphasizes a shift from subsistence to commercial farming. This policy emphasis on intensification and commercialization is also true for many other developing countries.

The biggest impact of this approach is on biodiversity. Although biological diversity is key to global food and nutrition security, the tendency has been to limit the range of agricultural commodities and focus on those with commercial value. Farmers are being lured by high value crops and livestock and the trend is to replace native and nutritionally distinct crop varieties with mostly one or two cash crops which are remunerative. Likewise, native livestock are being replaced by hybrids and exotic breeds. All this means that long term nutrition security and biodiversity are being sacrificed for the sake of short term financial benefits.

The focus on cash crops and productivity has also resulted in a sharp increase in the use of herbicides and pesticides. The global pesticide industry is currently estimated at $70 billion and is expected to reach $90.1 billion by 2022. Professor Anil Shrestha of California State University points out that up to 40% of global crop yields are lost to pests, diseases or post-harvest losses every year, which could double without pesticide use. According to Crop Life Foundation, half the fields in Africa don’t get planted because of weeds. Then, there is evidence that suggests that changing climate is increasing pest and disease incidence, compelling farmers to increase the use of such chemicals.

China topped the list of pesticide users in 2013, with an annual pesticide consumption of 1.8 million metric tonnes; India was in tenth place with 40,000 metric tonnes. Both are densely populated countries and are invested in maximizing agricultural production. According to Shrestha a $1 increase in pesticide expenditure increases agricultural output by $3-6.50. Studies suggest that pesticides can save up to 50% of perishable crops that may be lost to disease and insects during food transport and storage.

Undoubtedly this means minimum loss, maximum production and cheaper food for consumers. Therefore, there has been a continuous growth in pesticide manufacture and use for maximization of yields. Global pesticide use is estimated to grow at a rate of 6.9% between 2014 and 2020 with Asia-Pacific expected to have the highest growth rate in the future.

Also, crop selection for commercialization is equally important as some of the cash crops can be water intensive and may lead to over consumption of water. For example, India is one of the largest producers of sugarcane in the region and it takes 1500-3000 liters of water to produce one kilogram of sugarcane, which may not be sustainable in the long run.

Agriculture strategies must be formulated in such a way that more production is achieved with optimal resource utilization to feed the growing population. The haphazard use of chemicals and pesticides results in all kinds of environmental contamination that may have indirect effects on non-target beneficial organisms. Furthermore, chemical use in food production is impacting human health. Soaring cancer rates, birth defects, endocrine disruption, impaired immune system and neurological effects are some examples. The seriousness increases in developing countries where proper regulations are not followed. Strict monitoring, evaluation and regulatory enforcement mechanism can be effective to minimise the effects in such cases.

While it is important to make farming profitable, it is equally important to ensure that commercialization, especially of small farms, does not leave farmers more vulnerable than they are. Ramon Magsaysay award winner P. Sainath, who has researched and written about agrarian distress and farmer suicides in India, points out that cash-crop farmers are far more vulnerable than those growing food crops; the former accounted for most farmer suicides in India in the last decade. He attributes this to “predatory commercialization” of the countryside, among other reasons.

According to the World Bank, agriculture is more effective in reducing poverty compared to other sectors. Therefore, efforts are needed to make agriculture safe, sustainable, and profitable at the same time. Some ways to achieve this goal include: diversifying agricultural commodities, re-introducing pest-resilient traditional crops and native livestock, increasing market value of traditional crops, complying with safety regulations while promoting commercialization and intensification, and employing trained agro vets. However, the biggest challenge is to retain youth on farms and motivate them to take up agriculture with assured benefits.

Lipy Adhikari is a Research Associate at the International Centre for Integrated Mountain Development. Views are personal.

This was first published in the Third Pole.

Lipy Adhikari is a Research Associate at the International Centre for Integrated Mountain Development.