Women at the receiving end of triple talaq divorce pronouncements in the Malabar region of Kerala have stood up to their rights but have faced dire consequences. Their hopes are now pinned on the new law 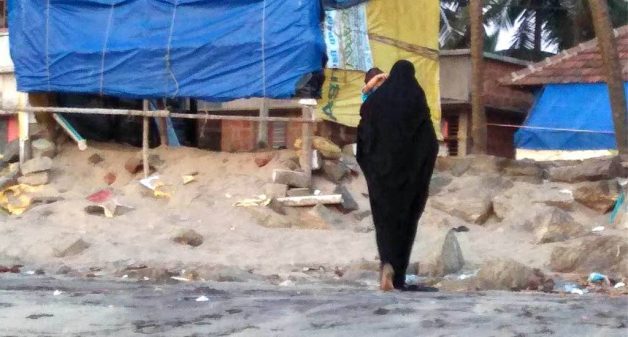 Life is suddenly thrown out of gear for women, more so for those with children, divorced through triple talaq declaration (Photo by Chithra Ajith)

In Kerala, especially in the Malabar region, the practice of triple talaq is quite common. Triple talaq, or instant divorce, allowed a Muslim man to divorce his wife by saying talaq thrice. The husband’s physical presence was not necessary to declare it. Muslim men often resorted to pronouncing triple talaq over phone, mail or fax.

It was not necessary that the man should give the reason for the divorce. “The reasons were often frivolous, ranging from dandruff in the hair, and the girl being thin, to judging her as not being a good homemaker,” advocate Sapna Parameswarath, co-founder of Punarjani, a Kozhikode-based organization that offers legal and emotional support to triple talaq victims, told VillageSquare.in.

“The instant verbal divorce among the Muslim community threw thousands of women out of their husband’s house,” said Parameswarath. Almost all the victims are young, with small children. “After the Supreme Court verdict and the ordinance of September 2018, making triple talaq a punishable offence with a three-year jail term, we hope the social security of Muslim wives will improve.”

Helping women affected by triple talaq even after the court verdict is not easy, as most of the time the pronouncement is verbal and there is no proof. Often, the triple talaq cases are not registered.

“The state of Muslim women in our country is so backward, so deprived, both socially and economically,” Zakia Soman, co-founder of Bharatiya Muslim Mahila Andolan (BMMA), who fought against the practice of triple talaq, told VillageSquare.in. “There is no representation of women in mosques, mahallus and similar institutions.”

According to Soman, priests misinterpreted many religious principles for their gain, and it is men who address the problems that Muslim women face. “Even the idea of gender equality is not at all acceptable for the Muslim male,” she said. “Women’s education, marriage, and divorce are all decided by men.” 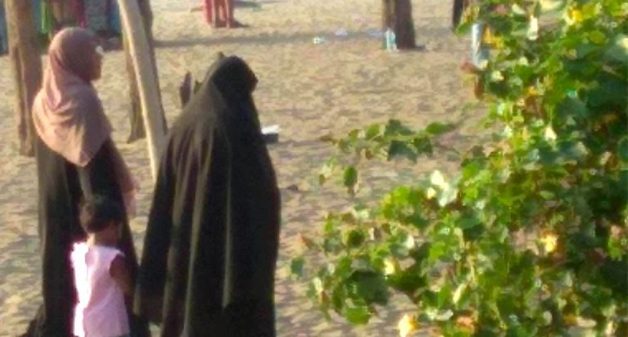 A Residence Order helps young women victims of triple talaq and their children stay in the marital house, till they find their footing (Photo by Chithra Ajith)

BMMA, founded to improve the lives of Muslim women and bring issues to the public sphere through proper studies, finds gender justice still a distant dream. “With entities like BMMA fighting for the fundamental rights of Muslim women, the situation has slowly changed,” Nasirudheen, an IT professional from Kozhikode and a flag bearer of Kerala Muslim Mahila Andolan, told VillageSquare.in.

Life thrown out of gear

When a man declares triple talaq to his wife, Residence Order and Domestic Violence Act come to the aid of the woman till she gets herself some financial and emotional protection. After the instant divorce, Residence Order ensures the victim’s right to stay in her husband’s home till the people concerned reach a settlement.

With life thrown out of gear suddenly, Residence Order comes to the aid of women to have a roof over their head, till they decide on the future course of action. Domestic Violence Act provides protection to the wife or female live-in partner from physical, sexual, verbal, emotional and economic threats or abuse by husband, live-in partner or his relatives.

Punarjani found that the men tried to evade giving alimony to the wife and children, without these restraining orders.

Residence Order to the rescue

“My ex-husband divorced me through triple talaq because I am very thin and I felt crushed,” Saleena Hassan from a village in Kozhikode district, who became a victim of triple talaq as a 20-year-old, told VillageSquare.in. “I was forced to return to my parents’ place with my 3-year-old son and 9-month-old daughter.” 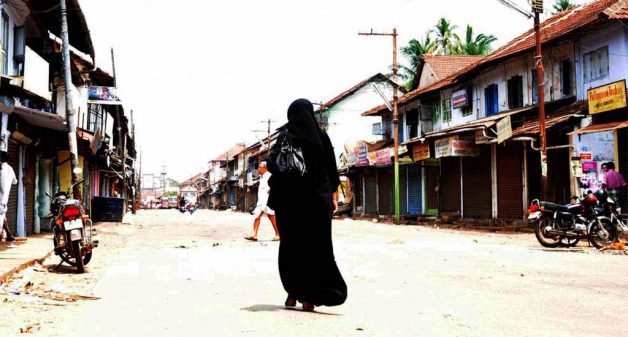 Hassan got a Residence Order that allowed her to continue to live in her marital house. “My parents-in-law tried hard to keep me away, but Punarjani team gave me strength and helped me get police protection,” she said. “They helped me get a gas stove and cooking essentials when my mother-in-law locked up the kitchen.”

After a long fight and negotiations, her parents-in-law agreed to a one-time settlement and gave her Rs 6 lakh. She has been able to start life anew.

Sabira (23), a media professional, got her divorce through an email, from his distant work place. With the help of Punarjani, she has got a Residence Order. But she finds it difficult to keep shuttling between her work spot in Kochi and her marital house in a remote village in Malappuram district.

The nature of her work is said to be the reason for her husband’s instant divorce. “I don’t need him, but I won’t leave the house till he comes in person and tells me the reason for divorce,” Sabira told VillageSquare.in.

Notwithstanding the instant divorce, 21-year-old Fadiya faces abuse, since she chose to get a Residence Order. Her husband wants to remarry. Her parents-in-law expect a hefty dowry from the proposed alliance.

As Fadiya stays in his house with her 4-year-old daughter, her husband sees them as a hindrance for his marriage and abuses her verbally and physically. “He abuses me saying he pays me money every month,” Fadiya told VillageSquare.in. “I don’t feel safe even in the bathroom and I can’t even cry out loud because neighbors will only question me for staying here after the divorce.”

Confrontation at a cost

“Things are not so easy for these girls, as the husband’s family would try all possible means to throw her out of the house,” said Parameswarath. “In one case, the man tried to transfer his property to his parents as the wife has no right in the properties of her parents-in-law.”

In such cases, Punarjani helps the girl by raising a Residence Order, and seeks police support to ensure her safety. Once the police had to resort to forced entry, as the parents-in-law left the place without informing their daughter-in-law.

“A divorce should be allowed only if there is a reasonable cause, effective conciliation and good compensation according to Domestic Violence Act,” Parameswarath told VillageSquare.in. “These are not followed in triple talaq cases.”

“A survey in Wayanad district revealed that 88% of the triple talaq victims turned to commercial sex for their livelihood,” Begum Farsana, a triple talaq victim-turned-social worker told VillageSquare.in. “Usually girls in our community get married between the age of 14 and 20, and after 20, they are considered to be over aged.”

According to Farsana, problems start one or two years after marriage. If there are small children, the woman has to take care of them too, where the monthly compensation may not be sufficient. “Lacking in educational qualification, most of the women cannot find a job that gives a sustainable income,” said Farsana. “Thus they end up as commercial sex workers.”

The situation in other districts is no different. The activists contend that the children grow up without parental love, if a woman chooses to remarry and leaves her children with her parents.

“Anyway, with the Supreme Court verdict on triple talaq and the latest ordinance that makes it a punishable offence with three years in jail, we hope the situation will improve and our women will have a secure future,” Nasirudheen told VillageSquare.in.