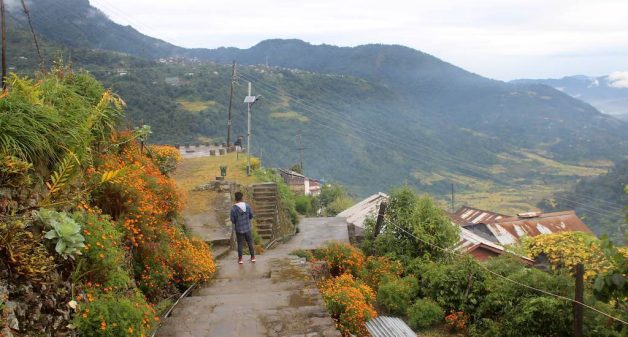 For the people of Khonoma village, it has been a remarkable and challenging journey. “We’re happy the government conferred the Green Village title on Khonoma,” said Tsilie Sakhrie, advisor of Khonoma Nature Conservation and Tragopan Sanctuary (KNCTS).

Khonoma, in Kohima district, is about 20 km from Kohima, the capital of Nagaland. Angami tribes who inhabit Khonoma are known for putting up a strong resistance during British rule.

The first in India to be called a green village, residents of the 600-household strong Khonoma ensure that they sustain their conservation practices and retain the title.

Khonoma’s journey towards conservation of natural resources began in the early 90s. “In the 80s and 90s, youth from not only our village, but other villages and even other states would camp in the forest for adventure and entertainment that included hunting,” Sakhrie told VillageSquare.in.

Hunted wild deer and tragopan birds were being sold in the markets of Kohima. Smoked and dried meat were being exported. “Traditional hunters never used modern weapons and would hunt only on specific periods and occasions,” Khrie Khotuo Mor, the current chairman of KNCTS, told VillageSquare.in. “But in recent times there has been many a mass hunting for commercial purposes.”

There was large-scale logging too. Timber merchants used elephants to access the forest and transport the timber, as vehicles could not go in.

Sakhrie, Mor and like-minded elders of the village began a campaign to curb the large-scale destruction of nature and natural resources. They mobilized people and held extensive discussions with the youth, village councils, tribal leaders and women. 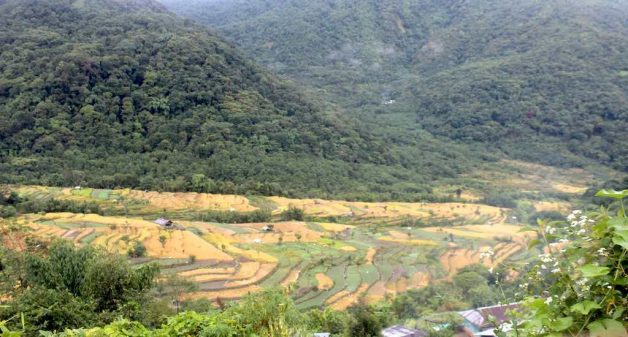 Some villagers did raise objections, since their livelihoods depended on the forest. For the traditional hunters, it meant not only an end to their profession, but a loss of their dignity and identity.

After more than five years of intense campaigning and confidence building measures, Khonoma Village Council took a decision to ban hunting, logging and resource extraction. That was how the Khonoma Nature Conservation and Tragopan Sanctuary Trust was formed in 1998. “We have 12 members, three representatives from each colony and three women representatives in the committee,” said Mor.

Khonoma villagers have formed rules and regulations and developed a collective way of sustaining the conservation effort. Every villager partakes in the conservation by being a member of the village council, student union, youth association, or the women’s union.

Each unit has a responsibility, carried out on a voluntary basis. The youth serve as forest guards and sentries. Village council ensures that the rules are adhered to. Women ‘s and students’ ensure cleanliness.

One of the strictly followed rules is punishment for hunting wild animals. The punishment in the form of a fine would vary from Rs 3,000 onwards. The accused or the family has to pay the fine within 20 days. “Despite the rules, some violate the rules and sneak into the forest,” said Sakhrie.

The traditional hunters were affected by the conservation efforts. They knew no other skills to make a living. It also meant that a hereditary trade passed down through generations would cease. “We reminded them about our folk tales and songs, since Angami folklore revolves around wild animals and birds,” said Mor. This touched a chord, as the people loved folklore.

The community at large and the hunters in particular, could no longer celebrate Ngonyi, a popular Angami festival, as the festival is about hunters and hunting. With the ban on hunting, the festival has lost its significance and slowly disappeared. This meant a loss of tradition and culture to the community.

It was a difficult transition for the traditional hunters. They have taken up masonry, carpentry, animal husbandry and basketry as livelihood activities.

Nevertheless, the effort has paid off. According to Mor, the number of birds has increased. “For a long period, we didn’t see birds near our houses, but now we do,” said Mor. 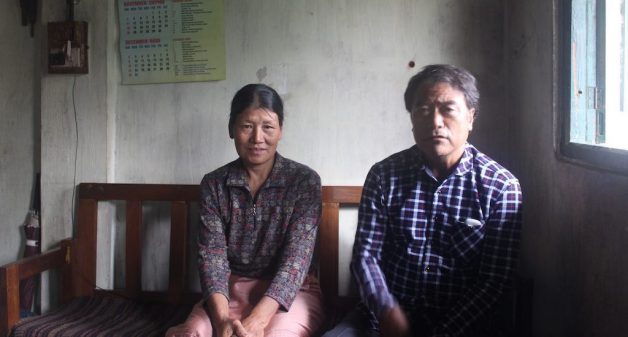 “These birds feed on harmful pests, helping us get a good yield,” Lorheno, Mor’s wife, told VillageSquare.in. “Rats that destroyed our crops have also decreased in numbers.”

The conservation efforts have also resulted in the wild fruit trees being left undisturbed. Women are able to collect gooseberry, wild apples, apricots and whatnot.

On the conservation map

The Khonoma village, spread over 123 sq. km is under conservation, with the core conservation area limited to 25 sq. km. Except this core area, the villagers can practice jhum cultivation in the hills in the vicinity of the village.

“After a few years, we open the place for about a week, when people can go camping,” said Mor. “But entry into the core area is strictly prohibited.”

While acknowledging the recognition by the government, they attribute the success of the conservation practices to the community. “We can claim 80% success as some youth still sneak in and hunt with catapults,” Sakhrie told VillageSquare.in.

On a random estimate Mor said that there are about 200 species of trees, shrubs and herbs in and around Khonoma village. According to Sakhrie, Khonoma has been home to Royal Bengal tigers, elephants and leopards. “In our folklore, there’s a specific rite mentioned when a hunter kills a tiger,” said Mor.

The Nagaland government is believed to be planning a biodiversity committee, which the villagers hope would document the biodiversity and forest resources. Khonoma’s success has inspired many such conservation efforts in Nagaland.