Efforts to meet the aspirations of India’s tribal population would essentially mean their greater integration with the national mainstream, which would also reduce their drive for sub-cultural identity 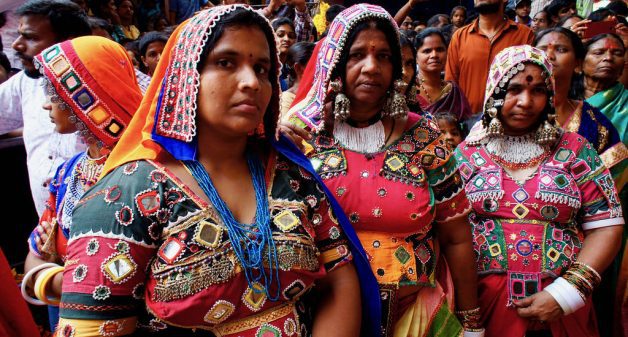 A tribe is an endogamous human social group living in a specified terrain, following its own set of rituals, possessing many unique features such as its own dialect, folklore and cultural facets of apparel, instruments, habitat, artifact and music. Tribes are often isolated from other people. Their close historical ties with a specific territory and their cultural and historical distinctiveness form other politically powerful and numerically larger populations set them apart.

A significant degree of isolation over long periods — caused both by their ability to meet their life needs from their own territory and their diffidence in engaging with the dominant population — has led to a situation in which their education levels, life and livelihood pattern and skill sets lag behind those of the dominant populations. This then attracts a tag of them being primitive and backward.

There are two principal categories of tribal people in India. The hill and forest tribes live in undulating, hilly, mountainous terrains in the country, which were for long covered with forests and were poorly connected with the rest of the country. The plains tribals live mostly in the western parts of the country and tend to be nomadic.

Bhil, Gond, Santhal are the three principal ethnos of the Western and Central hilly regions. Boro, Naga, Mising and numerous other tribals live in the hills surrounding Brahmputra and Barak valleys and the small portion of the upper reaches of Irrawaddy basin in the country. States in North India as well as South have much smaller proportion of tribal people compared with the Central states of Madhya Pradesh, Odisha, Jharkhand and Maharashtra. The total population classified as tribal numbers 104 million, or 8.6% of the country’s population, as per Census 2011.

Two aspects have tended to dominate the discourse as well as policies regarding the tribal people. The first facet pertains to their identity and the second to their integration in the mainstream. The discussions on these matters tends to be emotive and ideology laden.

Tribal people and activists like to describe them as indigenous people, highlighting the iconic aspect of their identity. This is a term that is never used officially. The official Indian position arises because the UN Convention on Indigenous People speaks of territorial rights of the indigenous people, an explosive and emotive issue in many Indian regions habited by tribal people, and the government would like to contain it.

The issues of integration, on the other hand, relate to bringing the fruit of modern development to the tribal populations, or at least containing the effects of such components of their traditions as are considered archaic and harmful. It is also important to ensure that nutrition, health and education standards of tribal people show consistent and continuous improvement.

Integration also means encouraging men and women from tribal communities to learn the requisite skills and acquire qualifications and participate in the modern economy on a footing of equality with the rest of the people and ensuring that the natural resources available in the tribal land are put to productive use for the benefit of the nation as a whole.

A conflict is often posited between the goals of conservation of identity of tribal people and those of their integration in the mainstream. A common argument, at times borne by historical experience, runs thus: politically dominant, economically powerful and shrewd members of the national population find diverse ways to gain control over the natural resources in tribal land for the purpose of creating wealth for themselves and in the process act irresponsibly by destroying the habitat of the tribal people, by uprooting them from their territories causing untold miseries.

The economic activities connected with mineral resources also bring in droves people from the mainland, reducing the tribal people to marginal position in their own land. This for instance has happened in Jharkhand. These events render it impossible for tribals to live harmoniously with their resources in their habitat. Having been rendered homeless and rootless and unable to practice their livelihoods to which they are used, they become commodities as bonded labor. Thus the policies promoting integration are virtually always dysfunctional to the tribal identity and way of life.

A counterpoint to the above is voiced less stridently but often persuasively thus: virtually all persons of the country, certainly including the large proportion of the dominant population have evolved over a period of time. They no longer live in the habitat of their forefathers, practice livelihoods of their forefathers or practice the same patterns of traditional life, which were led by their ancestors.

This argument says there is virtually nothing special about tribal people. The natural resources of the regions in which tribal live are national resources and hence should be used for the development of the nation. This should be done while causing as little damage to the populations currently living in those regions.

It is essentially fascist thinking to state that while the non-tribal people will learn and practice the skills of the 21st Century, tribal people must continue to live close to the hunting and gathering stage, wearing traditional and limited apparel, eating local cereals and meats, suffering and falling victims to curable diseases and trying to eke out an existence out of resources under threat from both climatic and anthropogenic factors.

The third dimension to be actively concerned with is the aspirations of the tribal people themselves. Thousands of Naga, Oraon and other tribal people have received education and learnt skills and now live in a manner that is quite akin to the lifestyle of the non-tribal people. Their brethren as well as those others who watch them also want to live in the modern way and enjoy the amenities and facilities available to the dominant people. They aspire to contribute as equals to the nation. It would be counterproductive to forcibly constrain them to live in an isolated habitat in the same manner as their ancestors.

An interesting point to explore is if the very efforts to meet aspirations will necessitate greater integration of the tribal people and reduce the stridency of their drive for sub-cultural identity. Reaching one’s aspirations in the modern day requires interacting with outsiders, exchanging with the market and asserting one’s citizenship. While doing so, shedding one’s parochial identity and accepting greater integration is inevitable. Do aspirations therefore militate against parochial identity?