Farmers in the Marathwada region of Maharashtra that is prone to droughts have made agriculture remunerative by harvesting rainwater in pond-like pockets in streams, leading to groundwater recharge 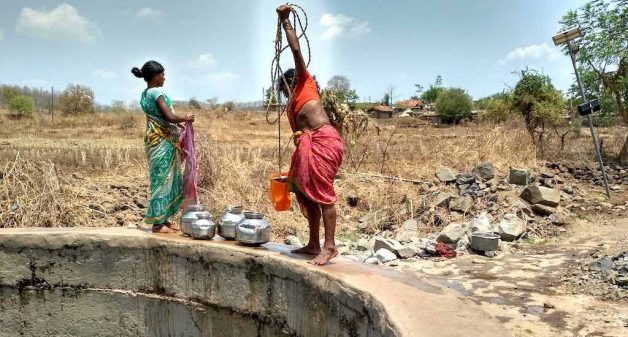 Falling in a rain shadow region, Jalna district in the Marathwada region of Maharashtra is prone to frequent droughts. Villages in Jalna have an annual rainfall between 600 mm and 700 mm. Villagers grow two crops a year, namely kharif and rabi crops.

Papal village in Jafrabad administrative block of Jalna has about 250 households and a population of about 1,500. A few decades ago, the government started supplying electricity to farmers, at a flat tariff. This enabled irrigation of the fields from existing open wells, prompting many villagers to dig wells.

Despite dug wells, insufficient rains made farming difficult for the villagers. They harvested whatever rains they received, in streams, through Doha model, thus recharging groundwater and making farming financially sustainable.

In spite of electricity connections, farmers still had difficulty in irrigation, due to unscheduled power cuts. “This created unnecessary pressure for the farmers, who were already grappling with regular dry spells,” Bhaurav Atapale from Akola Deo village told VillageSquare.in.

About 80% farmers in this hamlet had open wells in their fields. However, with scanty rainfall, the wells did not hold water for long. Droughts such as the one in 2012, made the situation worse.

Permeshwer Bobade recalled cultivating cotton and pigeon pea in the kharif season. “Irrigation was possible only from July to November,” Bobade told VillageSquare.in. Whatever crops he decided to grow in the rabi season was at the mercy of rains, despite having a 60 ft deep dug well in his land. His net returns from agriculture did not exceed Rs 25,000 a year.

Doha not only facilitates storage of large amount of rainwater in the streams, but also assists in recharging the groundwater. Doha has helped farmers in Papal reap better benefits from agriculture. 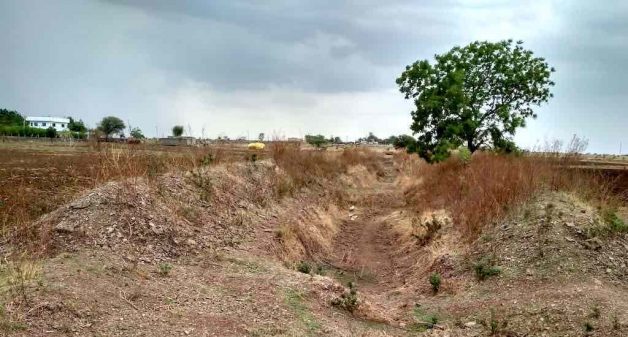 After the implementation of Doha, those who have their agriculture fields near the stream and own a well reported an increase in the water level of their wells. Water level in the wells is sufficient to irrigate till February as against earlier when the wells used to go dry in November or December.

Farmers from three other villages of Jalna district, where Doha model intervention was carried out, reported an increased volume of water available in their wells for irrigating their crops during rabi season.

Villagers in the vicinity of streams with Doha revealed that it has led to a reduction in the number of water tankers bringing potable water, as they now have water in the wells. Assured water availability has helped them enhance their fodder production and thus increasing their livestock.

Permeshwer Bobade has modified his agricultural crop portfolio. Last year, he utilised only a fraction of his land for the crops he used to cultivate earlier. Except cotton, all crops are now primarily for home consumption. However, in the last two years, he has diversified into growing crops for commercial seed production.

He has also planted mulberry plants to practice sericulture. He now claims earning an annual net income of about Rs 350,000, from agriculture, including sericulture and commercial seed production. With the assured availability of fodder, he and his wife Vimal have bought some goats.

Permeshwer Bobade invests a large portion of his income in his children’s education. “My daughter is studying civil engineering and I want my son to pursue pharmacy so that he can open a medical shop in our area,” he said.

Irrespective of their differing ambitions, all the farmers having their fields near the streams said that Doha has benefited them. 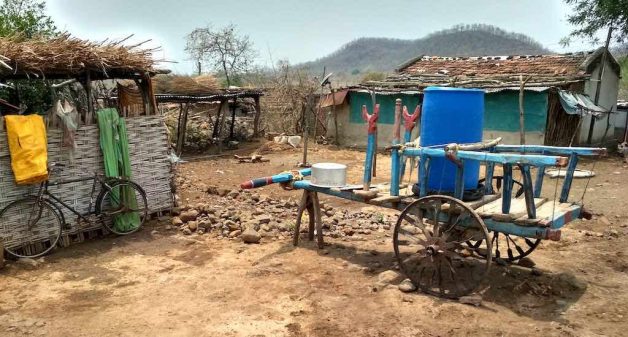 There are a few challenges associated with this intervention. One significant challenge is the lack of equity in distribution of water for irrigation. The intervention helps farmers having their agricultural fields near the stream. Farmers away from the stream are not able to reap its benefits, if they do not own a well near the stream.

For the said reason, even those farmers who have their fields near the stream, but do not own a well are unable to receive the irrigation benefits. Also, farmers having their fields upstream do not receive much of the benefits; it is the downstream farmers, close to the stream pockets that retain water post monsoon, who have the maximum benefit.

The critical challenge of achieving equity in benefit distribution can be overcome with some regulation over the use of water and by setting it aside for those away from the stream. However, the preliminary requirement for any such provision to work is an understanding among the village community.

The community has to understand that by recharging groundwater, the intervention creates a community asset and not multiple individual assets, and therefore they must manage it collectively. Participatory irrigation management, through a group of farmers who can ensure judicious use of water from wells and can create some means to transport water to the farmers away from the stream may be a solution.

Taking water to the farmers upstream may require more efforts. Streams that have some water harvesting structure at their origin seemed to be more efficient in harvesting and recharging water, compared to those without such a structure.

Harvesting water through streams is a low-cost, local alternative to larger water harvesting structures. Implementing with suggested measures will ensure irrigation benefits to all, without any rifts.

Shashank Deora is a researcher at VikasAnvesh Foundation in Pune. Views are personal.