In a society steeped in referring people with special needs by their disability, there is a need for concerted efforts to recognize their rights and create inclusivity 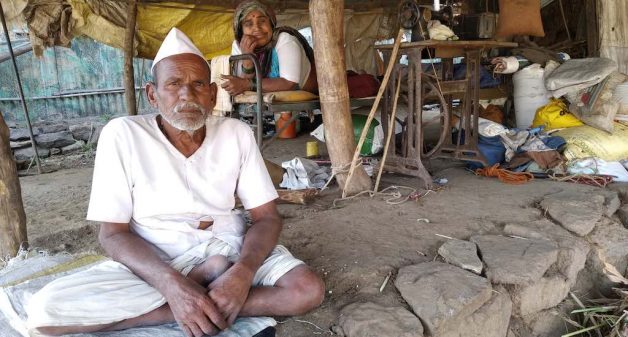 I grew up in a small village called Vegare about 40km from Pune city. Growing up with a physical disability in a rural area, I encountered many hurdles. There was very little institutional support from schools and public institutions.

There was no support from people either. From the very beginning, I was called hatmodaka, literally, a cripple / broken-handed. In Marathi language, there are dozens of vernacular words associated with disabilities — langadya, pangalya, lulya, bahira, andhala, chakana, heknya, kandil, falya mukya and veda are some – each indicating a different disability.

Although my parents had named me Kailas, people called me hatmodaka. The nametag was reserved not only for me but for everyone with a disability. Calling persons with disabilities (PWD) by such monikers is common in India.

Use of such words associated with referring to PWDs’ needs to be reviewed as it has many implications on people with special needs, in every aspect of life. A rights-based approach is needed in place of contempt and sympathy, to help PWDs join mainstream and to create an inclusive society,

The census of 2011 indicates that of the total population, 2.2% or 27 million people are PWDs, of which 70% live in rural India. Since signing and ratifying the United Nations Convention on the Rights of Persons with Disabilities (UNCRPD) in 2007 and Rights of People with Disabilities Act (RPWD) of 2016, the Government of India constitutionally ensures equality, freedom, justice and dignity of all individuals, and implicitly mandates an inclusive society for all, including PWDs.

But there are many challenges that the government faces in implementing the RPWD Act of 2016. One of the major hurdles is changing the public’s attitude towards PWD, reported the Society for Human Resource Management (SHRM), a human resource professional society based in the US.

In our daily communication, when we address a normal person, we use that person’s name. We do not call a person by stating that person’s quality or his or her ability. If we use an honorific, it is more of a positive reinforcement or to accord respect. We don’t call a normal person as, “Hey! two-handed person!” Then why is it that a person with a disability is addressed or referred by the disability and not his / her name?

The disability terms in use in the society show regressive thinking towards PWDs. If PWDs are identified by their disability, it may hinder their social engagement and psychological well being, in addition to the existing challenges that they face. It automatically implies pessimism that PWDs are not of any worth.

PWDs must be recognized for what they are. Disability should not be what defines PWDs. The disability need not to be associated with the idea of subordination. Having a disability is certainly limiting; and there are many disadvantages associated with it. Nonetheless, it is not a serious obstacle to limit everything in life.

The first reason for derogation is that PWDs, especially those with mobility issues, cannot support their family financially as well as the able-bodied. As per Census 2011, 69% of the PWDs reside in rural India. This aligns with the total population too, where 69% of the Indian population lives in rural areas.

At 20%, those with mobility issues form the majority of the PWDs. 19% are visually challenged. In an agrarian rural society, where most of the work is labor intensive, those with restricted movements and visual impairment are not able to carry out any farm work.

Though PWDs in the 10-19 age group form the largest segment with 46%, the 20-29 aged PWDs are a close second with 42%, with slightly decreasing percentages in the subsequent upper age categories. This makes the PWDs at productive age being unable to contribute to their household income.

When a family has to feed and care for a person without any economic gains, a PWD becomes an object of contempt. During field visits, “Since I do not make any financial contribution to my family, people do not listen to me or consider my opinion,” was a common complaint from PWDs.

On the other hand, it was common to hear “He doesn’t do anything at home except eat and sleep,” from parents of PWDs. Hence PWDs are seen as liabilities. This attitude reflects as taunts and scorns on the PWDs, as they cannot retaliate.

The second reason is a lack of societal awareness about PWDs and institutional infrastructure that is not PWD friendly. Many times, because of the non-inclusive social structure, the general populace are not aware as to how to communicate with PWDs and handle situations related to them.

In addition, preconceived notions of disability and its association with religious faith play a major role. People still consider PWDs’ disability as the direct result of karma and the misdeeds of their previous life.

Many families confine their PWD child to the house, since PWDs are perceived not only as a stigma but an ill reputation for the family. This results in limited interactions of PWDs with society at their early age. Besides, rural public schools are not PWD friendly, and do not have trained teachers. Our education system does not include a curriculum that deals with PWDs.

Although, there are some government and private schools exclusive to PWDs, there are hardly any in rural areas and parents hesitate to send their child away for lack of trust. This results in knowledge gap concerning PWDs within the society.

The third and final reason is the influence of popular culture on the general populace. Popular culture dominates the public behavior and attitude towards PWDs. Historically, majority of the films portray PWDs as seeking alms near places of worship or as oppressed and lacking in resources or as objects of pity.

If the society and popular culture portray that PWDs should be looked upon with pity, then there is no question of human dignity. Casual conversations reveal arguments such as “If everybody calls a person by his / her disability, I feel there is nothing wrong in doing the same”.

It is very rare to see a PWD in a leading role in a movie; it is very rare to be portrayed as being accepted for his or her full potential. The focus of popular culture is on perfection and purity. PWDs by default are considered imperfect and hence impure.

The first step is to address PWDs only by their names and not the disability. It is dehumanizing and takes away the confidence of PWDs that they may have gathered over their life, fighting for acceptance. If we truly want to create an equal society, we must address such behavior, and challenge the mindset that people are limited by their physical disabilities.

Everyone needs to be sensitized about PWDs and their needs. Society needs to be made aware that PWDs do not want to be seen as people in need of pity; but they desire to be accepted for what they are. Notwithstanding government legislations, there needs to be a concerted effort so that society recognizes the rights of PWDs.