People left out of the government’s welfare programs have been included through a social audit in Odisha’s underdeveloped rural areas, boosting nutrition security among impoverished families 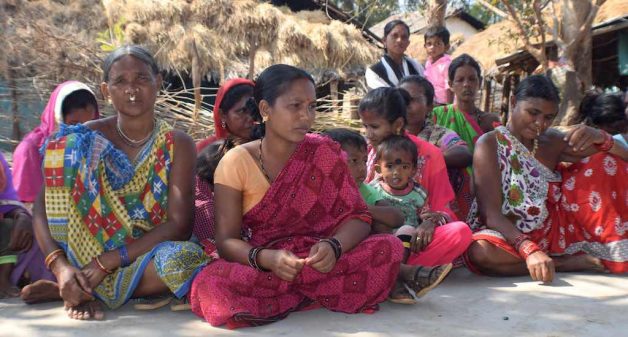 With only two members enrolled in her public distribution system (PDS) ration card, Balmati Bhumia had to feed her five-member family with only 10 kg of rice distributed under the National Food Security Act (NFSA) 2013. Names of three of her children didn’t feature in the card despite grievances filed at the gram panchayat (village council) office.

As Bhumia (52), a resident of Podaguda village under Pangam gram panchayat of Malkangiri’s Mathili block in Odisha, came to know that a social audit meeting on NFSA implementation was going to be held in the village, where many officials were to be present, she went to place her grievance once again and claim her family’s entitlements.

After hearing the grievance of Bhumia and examining its genuineness, block officials and the sarpanch (village council chief) took note of it and three more names were included in her PDS card. Bhumia is now happy as she gets 25 kg of rice every month to feed her family.

“The objective is to involve communities in the process of NFSA implementation and overall nutrition governance to ensure accountability in the system and administration,” said Bidyut Mohanty, Secretary of Society for Promoting Rural Education and Development (SPREAD) that organized the social audit meetings in collaboration with local administration and Panchayati Raj Institutions (PRI). “Although it is not widely practiced, NFSA also prescribes for social audit of its implementation.”

To 61-year-old Hari Nayak of Podaguda, such meetings served as an opportunity for people to bring to the notice of officials concerned, issues like irregular and insufficient services provided at the anganwadi (daycare) centers and at the panchayat office. “Despite several complaints, nobody heeded to these issues earlier.” 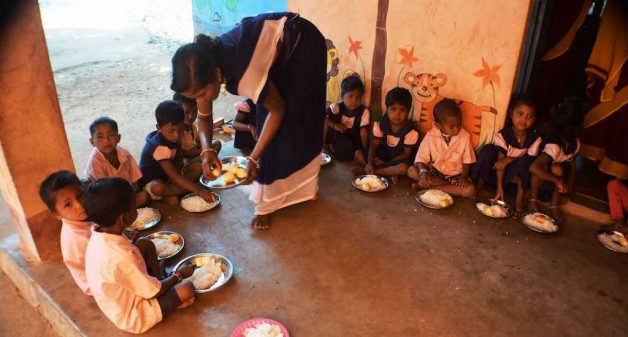 Although some issues still remain to be addressed, “The audit meeting has led to inclusion of names of excluded family members in the ration cards of six households. The audit has also ensured successful delivery of all services to two of the pregnant and lactating mothers who didn’t get their allowances under the Mamata scheme. Take-home ration (THR) for 28 children between six months to three years is now distributed regularly by the anganwadi worker (AWW),” said Radhika Bhumia, ward member of Podaguda village who attended the social audit meeting held at Pangam gram panchayat in February.

SAMs are not only ensuring services under NFSA and promoting nutrition security in the communities, they are also giving an opportunity to the members of the communities to voice their dissatisfaction over services and service providers in front of different government officials, said Ujjala Perama, sarpanch of Pangam gram panchayat.

“Tribal women, who were not speaking out earlier, are now expressing their dissatisfaction and placing grievances before officials,” Perama told VillageSquare.in. This change has come because of awareness created by the volunteers engaged in the social audit program, Perama added.

Unless people know what they are rightfully entitled to under law, they can’t evaluate the lapses and loss of their entitlements, said Sameet Panda, coordinator of the social audit program.

“Volunteers went to the community and did a mapping of services under various NFSA schemes provided to the people. They also made the people aware of their entitlements. The people were mobilized to demand their entitlements in full,” Sukhdev Nayak, Mathili block level coordinator to facilitate social audit, told VillageSquare.in.

Social audit is an empowering process and it has had a good impact on overall service delivery mechanism, said Mohanty. “When all stakeholders like beneficiaries, administrators and people in charge of service delivery were together in one platform, several issues saw instant resolution,” he said. “Many got to know the status of their complaints, while others could know how and with whom the complaints needed to be lodged.”

SAMs have helped sensitizing people as well as the service delivery agents to perform their role effectively in order to achieve the food and nutrition security goals defined in the NFSA. Even PRI leaders have become more active now, Perama said.

For Sita Kalakura (50) of New Pakhnaguda village under Nayakguda gram panchayat, issues related to her PDS card was addressed in the SAM. A widow for eight years, she had also demanded allowances meant for widows. “They asked me to submit the documents, which I am now collecting from different offices with the hope that my issue will be resolved soon,” she told VillageSquare.in. 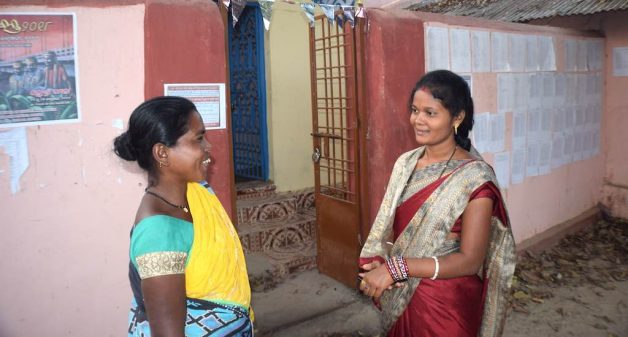 Similar is the issue with Rukuna Kalakura, 45, and Sonadei Kurmi, 40, who have been waiting to receive their allowances and entitlements as widows.

“Most of the applications stop at the Block Social Security Officer, who often maintains that the target against allotment has already been fulfilled and addition of new beneficiaries is not possible,” a villager of New Pakhnaguda village said.

Mischievous acts by some officials also deprive many of the entitled benefits, as in the case of Radhika Kindal, 33, a widow from Jadaput village under Banamaliput gram panchayat in Koraput district. While it is unthinkable for Kindal to have a monthly income of Rs 1,000, a revenue inspector (RI) declared her annual income as below Rs 40,000 instead of under Rs 24,000. “I didn’t know what the RI wrote. He signed and asked me to submit it at the gram panchayat office,” she told VillageSquare.in.

Among others who were present at the SAM held at Devagandhana village, naib sarpanch (deputy to the sarpanch) of Banamaliput gram panchayat, Kamana Patra, however smelled deliberate mischief by the RI to deprive Kindal of the benefit.

Villagers of Podaguda are dissatisfied with supply of wheat instead of rice, which is the staple in this area. “We sell the wheat at Rs 10 per kg in the market and buy rice at Rs 20 per kg. How can we survive with half of the amount of rice we are entitled to?” asked Kosai Khila, 61.

Expressing helplessness, GP officials say that they can’t do anything unless rice instead of wheat is supplied under PDS. “Though the situation has improved to some extent in the districts after SAMs, there are still many cases of exclusion of eligible beneficiaries from PDS distribution coverage. Many of the pregnant and lactating mothers face problems in getting their maternity benefits like cash transfer and receiving take-home ration. Mid-day meal and Cooked Food distribution programs for nutrition intake of children are in shambles in many places,” Rajkishore Mishra, director of Collective Action for Nutrition (CAN), and a former adviser to Supreme Court-appointed Commission on Food Security, told VillageSquare.in.

In terms of PDS coverage under NFSA and the State Food Security Scheme, the target is yet to be achieved in Odisha, Mishra said. He underlined that the gap between supply and allotment made by the government and people’s demands that need to be addressed in order to resolve the issue of exclusion.

In December 2018, Director General of the Washington-based International Food Policy Research Institute (IFPRI), Shenggen Fan, emphasized that if India has to contain high levels of hunger and poverty in the country, it should shift its focus from food security to nutrition security.

Now is the time that Indian political parties and leadership need to understand the importance of nutrition security because over 50% of children in the KBK region suffer from malnutrition, said Mohanty, highlighting that the country can’t achieve desired progress with such a number of malnourished children.

As a forum working on the issue of malnutrition, CAN has started a campaign to mobilize political attention and motivate political parties to place nutrition security as an agenda in their manifesto. “The issue may draw adequate attention if political parties give the issue some importance and make promises in this regard in their election manifesto,” said Rajkishore Mishra.