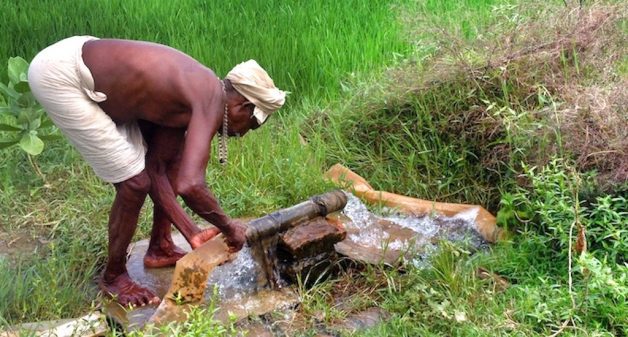 For marginal farmer Harindar Kumar, declining rainfall in Bihar year after year is a serious concern as agriculture, the main source of his livelihood, depends largely on the monsoon rains.

The autumn (kharif) harvest in 2018 was poor in India’s eastern province of Bihar as rainfall was deficient by 25% of its long term average during the southwest monsoon. This forced the state government to declare drought in more than 200 administrative blocks in 26 of 38 districts. Kumar is not hopeful of the spring (rabi) harvest either. The fields are dry, and there is little chance of irrigation.

What worries Kumar, a resident of Siriawan village under Mohanpur block in Gaya district, is that the number of rainfall days has reduced, as well as its total volume. This is bound to hit kharif crops, particularly rice, in the coming years, he says. This holds true for rabi crops like wheat and lentils as well. Mohanpur is one of the worst drought-affected blocks in the state.

Kumar is not alone in his worries about the future of farming in Bihar. Hundreds of thousands of farmers like him are experiencing the effects of changing rainfall trends. Experts, environmentalists and politicians are expressing their concerns. The Intergovernmental Panel on Climate Change has said that irregularity of rainfall is one of the effects of global warming.

According to the state government, agriculture is key to Bihar’s economy. It employs 77% of the workforce and generates nearly 24.84% of the State Domestic Product.

According to annual rainfall reports (Rainfall Statistics of India) of the India Meteorological Department (IMD), Bihar has been witnessing deficiency of rainfall during the monsoon. The state has recorded less than normal rainfall in the past seven years. As per the IMD rainfall information, Bihar gets 1,027.6 mm rainfall in a normal monsoon year and its average annual rainfall including pre-monsoon, monsoon, post-monsoon and winter is 1,205.6 mm. 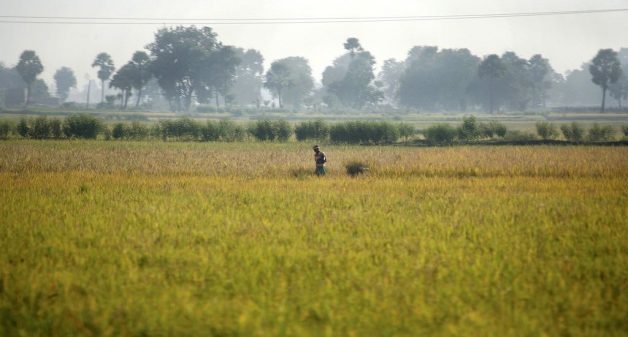 Over the past three decades, rainy days in the state have reduced to 37-40 from the long term average of 55, according to Abdus Sattar, agro-meteorologist at Rajendra Prasad Central Agricultural University in Samastipur, Bihar.

Other agriculture scientists and climate change experts concur that rainfall days and rainfall volume are showing a declining trend.

Sattar in his research paper — Tracking change in rainfall climatology in Bihar — said SPI (Standardised Precipitation Index) is a good indicator for determining drought conditions over a period. It has been calculated for all districts of Bihar for two periods — 2001-2010 and 2011-2015 (Figures 1-3 below). Broken red lines represent the variation in district-wise SPI values for the last five-year period (2011-2015), which indicated that drying condition has increased alarmingly in many districts of Bihar.

SPI represents the total difference of rainfall for a given period from its long-term average, which is then normalised by standard deviation of precipitation for the same period computed using data over the analysis period. Positive SPI indicates greater than average rainfall and vice-versa. A drought starts when SPI values reaches minus 1.0 and ends when SPI becomes positive again. The higher the negative values of SPI, the worse is the intensity of the drought.

Agriculture scientists as well as climate change experts pointed out that the declining rainfall trend would affect Bihar’s staple rain-fed rice crop as well as rabi crops. “This deficiency would directly impact the moisture available in the soil that may take toll on the upcoming rabi crops, also known as winter crops,” said Sushil Pathak, head of the department of Agronomy at Bihar Agriculture University at Sabour in Bhagalpur.

Sudhir Kumar, Principal Secretary at the state’s Agriculture Department, agrees. “This year paddy production may be less,” he said.

Dinesh Kumar Kushwaha, a progressive farmer of Machhahi village under Sakra block in Muzaffarpur district, said heavy deficit of rainfall badly hit kharif and hundreds of thousands of farmers in Muzaffarpur and neighbouring districts of Vaishali to Samastipur are facing a big loss. “Loss of paddy production is visible,” he said.

Kushwaha pointed out that more than kharif, farmers will face more loss of rabi crops due to drying land and no hope for irrigation. “A good monsoon helps rabi more than kharif as wet and moist soil benefits farmers. With a poor monsoon, lands are dry and there is no moisture in the soil. Farmers will have to face huge loss in the rabi season.”

Kushwaha said rainfall has been decreasing in past one and a half decade. It is more visible in past few years, he said. “We have been witnessing 15% to 20% less rainfall. It is certainly a bad sign.”

Non-profit Action On Climate Today (ACT) in its value chain analysis of Bihar has said, “Uncertainty and variance in rainfall (more dry spell days in the growing season) are expected to impact the pest-pathogen build up and reduce rice yields.” Pankaj Kumar, head of ACT in Bihar, said irrigation continues to be a critical constraint that increases the cost of cultivation. “Longer dry spells in the monsoon affect kharif and heavy deficiency of rainfall impacts rabi crops also.”

Ishteyaque Ahmad of Greenpeace India said normal rains during monsoon create favorable conditions for rabi crops for farmers. But bad monsoon creates only trouble for rabi crops. “This year, farmers are uncertain about rabi crops, as most of the areas are reeling under drought-like conditions, which may adversely affect the rabi harvest.”