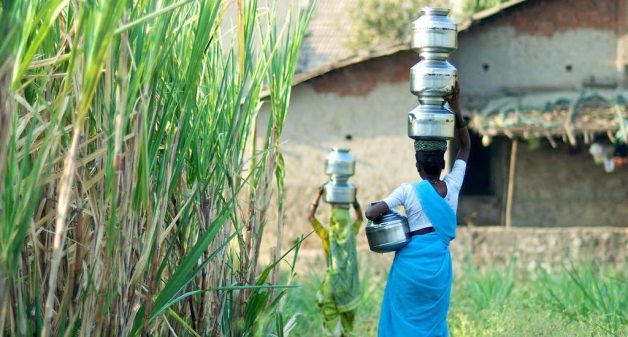 I am a believer in equality of men and women, and nothing in this column should be construed as my making fun of those who strive to achieve that laudable goal. This morning, I was reading a century-old short story named the Assessor of Success written by the celebrated American writer O. Henry.

He describes a park in which citizens relax and comments that invariably the benches in the park are so designed that while men can sit comfortably, in fact worrying about their shining shoes getting soiled in the wet lawns, women must uncomfortably twist their ankles around each other hanging four inches above the ground.

The lead character of the story then soliloquizes to say, ‘women, get your feet on the ground first and then claim equality with men’. I do not understand too much about complicated things like deep-rooted Brahminical patriarchy and unbreakable glass ceilings, but the story motivates me to look at some very earthy issues.

In these columns, I had once written about insensitive men using women as beasts of burden. I am certain the reality has not undergone any significant change on the ground. Do send me pictures if you see men bringing drinking water on their heads the way women do. Read: Women are still considered beasts of burden in rural India

Do write rhapsodies about men trudging in wastelands cutting grass to bring fodder for their goat back home. Do make videos and send me pictures of burly men cutting small branches and picking up twigs on the ground from nearby forests to light their cook stoves at home. Seriously, do send them since I have not seen any of these. However, recent developments show some promising changes.

The largest change is perhaps brought in by the Prime Minister’s Ujjwala Yojana, in which rural and urban households below the poverty line have been given a free cooking gas connection and a single cylinder. It is of course fashionable to pick holes in all such schemes. Have they reached the poor? Do the poor have the capacity to buy refills? Are the promises of home delivery of refills met? Such are the questions of those who revel in proving that government schemes never work.

The oil marketing companies have claimed that some seven crore households have been provided with such connections. No one needs a certificate from me about whether a scheme is working. My point is this: here is a frontal attack on two evils.

The first is the evil of insensitive men using women as beasts of burden to bring firewood from difficult and at times dangerous places, allowing the brambles to scratch their delicate skins and making them trudge miles in the hot sun. The second is the evil of every one using biomass to cook, thus putting greater burden on the vegetation around.

It would be far more productive and constructive to come forward and help make the scheme work rather than jumping around with shouts saying the scheme has failed. By the way, the truth, and I am saying this based on research, which we will share separately, is that the scheme seems to be working reasonably well.

A majority of eligible and desirous households have in fact got their connections, that the addition of a LPG connection helps much in reduction of drudgery though all things which need “big and intense heat” are still done with firewood. So sorry, social scientists, you will find it difficult to claim the scheme to be a total failure, though of course, like everything else, it can be improved.

Let me turn to something that is happening on a much smaller scale, but still a nice promising start. My column on beasts of burden had mentioned how an American lady had evolved a waterwheel, a high density polyethylene (HDPE) drum that could be filled with water and then rolled home rather than women having to pick water pots and carry on their heads.

Neelkamal, a company that manufactures plastic products, has started marketing these waterwheels. These have been brought to villages by many NGOs, and now we can possibly see hundreds of women using them. A few things that appear to discourage people in adopting them on a larger scale are uneven and stony village paths that make smooth rolling difficult and revulsion at dirt sticking to the drum from outside as it rolls on village paths with the almost ubiquitous presence of animal waste on them. Fortunately, the human waste appears to be less prolific on the streets now as toilets get done and villages move towards becoming open defecation free.

The solution to these sorts of problems perhaps lies in a well-designed, lightweight and easy to use wheelbarrow. Imagine if every poor rural household were given a wheelbarrow. The woman of the house could use it to ferry firewood or fodder from her long walks, may even be able to put her water pots in it to avoid carrying on her head and then the house could use it carefully to carry bags of seeds and fertilizer to their farms.

Rather than the heavy iron wheels of the usual wheelbarrow, one with rubber tires would be of huge help. If the high nosed Brahmins of the engineering world condescend to work on this product, surely a very practical design could emerge. I was given to understand that the government in Himachal Pradesh had supported such a scheme of providing wheelbarrows some time ago. Other states too need to follow this excellent example and see what they can do.

I trust you agree with me that corporate social responsibility (CSR) funds could perhaps be very well spent, were they to be simply used to distribute or defray part costs of refills of LPG cylinders, supply of waterwheels and wheelbarrows. They could even put their company’s names on these things if publicity is all that important. They will receive blessings of millions of their poor rural sisters.