Migrant children get a shot at continuing education

Rather than holding the state solely accountable for bettering lives of the rural poor, we need to also focus on making men, and not just women, take responsible action for the sake of their families 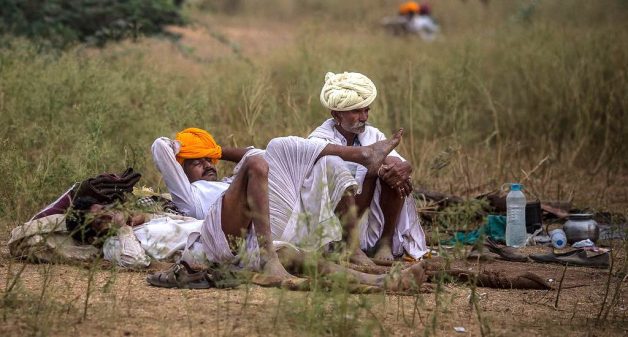 This question has been in my mind for some time. One can of course exempt politicians from being asked the question. The compulsions of populism requires them to keep treating rural poor people as recipients of goodies and doles, and not as responsible men and women capable of handling their own lives.

During the initial stages of his government, Prime Minister Narendra Modi did ask this question about responsibility of parents in guiding and controlling their sons and not just trying to guard their daughters from unwanted attention of other people’s sons. But otherwise, the sole exception in this regard is about lofty ideals of patriotism and communal harmony, but nothing connected with everyday and material issues.

The government or civil society organizations and activists of all hues seem to feel that people only have rights, entitlements and demands, but no responsibilities. The question is: why do they do so? Let us look at some instances.

Some discussion has been occurring in media about the pith and substance of the Ujjwala scheme through which the government has massively promoted LPG among the poor people. The contention in general is that the scheme is, well, not too bad but refilling is not happening and the government should have thought about it before launching the scheme. Let us look at some numbers.

According to the central government, monthly per capita consumption expenditure (MPCE) in rural areas was Rs 1,400 in 2017. Thus, for an average household of five members, the MPCE was Rs 7,000. According to a well-publicized survey done in 2016, 5% of this was spent on liquor and 7% on cigarettes, bidis and chewing tobacco. Thus a full R. 840 was spent on, to put it mildly, non-essential, and to put it brutally, vice goods.

Without any subsidy, a 14 kg cooking gas cylinder costs around Rs 900. For most poor families in rural areas, the cost would be less. Yet, instead of at least expressing a strong expectation that rural men should stop consumption of vice goods and reduce the drudgery of their wives by putting the money in buying LPG cylinders for homes, we are condemning the Ujjwala scheme as being ill-designed. Why are we shy of asking our own rural brothers to be more responsible?

This is not the first or the only example of perverted bleeding-heart povertarian logic demanding higher subsidies and absolving heads of households of their responsibility. We see that in several areas. If after getting a free toilet constructed near home, people store fodder in it and continue defecating in the fields, we curse the scheme but do not demand households to act responsibly.

If rather than sending children to school, households send them to work, we find excuse for the irresponsible behavior in poverty rather than holding the father responsible. If instead of giving children less expensive but far more nutritious foods, households feed them junk food, we hold aggressive marketing by corporates responsible but believe that people have no agency and discernment.

We have this supine and unchangeable belief that rural households, particularly men are and will remain irresponsible and despite their irresponsible behavior, or rather, in view of that, it is the state that must spend increasing sums to do what the father should have done.

Why has the civil society abandoned its own responsibility of instilling good values among poor people? Funnily, wherever it tries to instill good values, it is done in regard to women. Women are told about health and hygiene, they are told about the need to save and about good credit discipline in self-help groups, they are told about proper diets during pregnancy and lactation times of their daughters and younger relations.

Giving up on men?

But seldom do we see men being advised or exhorted about any thing. It is as though every one has given up on men. We seem to assume that they are and will remain irresponsible. We think that it is inevitable that men will assault women, that they will snatch money from women and get drunk, that they will inflict violence on women, that they will barter their children for child labor rather than work harder to educate them and that when their guilt becomes overbearing for them, they will commit suicide. And all through we will keep showing infertile and pointless compassion for the state of the poor rural households.

I think there was a period when civil society and social workers did treat rural men as responsible and capable persons and expected to build on their good sense. Possibly the dawn and ascendency of the rights and entitlements ethos has in general made social actors feel that a so-called progressive approach comprises absolving all people of their responsibility and holding the state responsible for every thing.

I am sure talking about responsibility of men, parents, and people in general can not make one popular with them, but ignoring the social imperative about people taking responsibility for their own lives is short sighted and irresponsible. In my humble view, a rethink is needed.