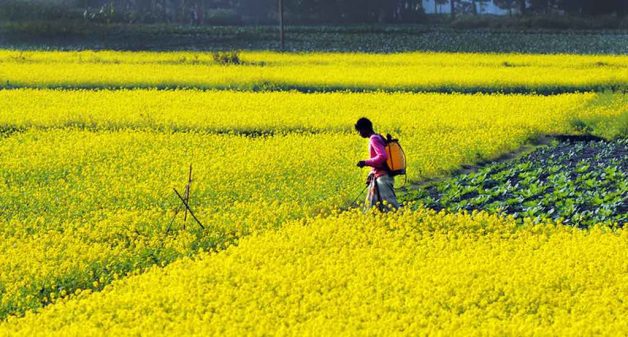 Farmers in predominantly upper caste hamlets are more aware of safety precautions, in using pesticides for instance, than in other hamlets (Photo by Ferdousi Begum)

It is necessary to start development process from the grassroots in order to develop the country as a whole. However, there are many parts of rural India where people have limited facilities. Even though the scenario is changing now, many still lack even basic necessities like toilets. Sometimes, not necessarily always, this lack of development leads to unsafe behavior.

Various unsafe practices can be found in villages, some of them being careless use of pesticides and drawing water from the wells. For instance, two unsafe practices are frequently seen in Bemla village of Udaipur district. It appears that awareness on safe practices follow a social order in the village.

There was a major difference in awareness among the people living in Mukhya Basti and the other hamlets. In other words, caste difference could clearly be observed, which has led to lack of knowledge on safety precautions among residents of the same village.

Sangram Rathore, the assistant village chief of Bemla seemed a knowledgeable person. He knew the right dose of pesticides to be used for growing crops. He knew the preventive and corrective measures to be taken before, after and while spraying pesticides.

Safe use of pesticide

Some of the preventive measures Rathore mentioned were the use of hand gloves and mask, storing pesticides in a safe place and away from the reach of children and animals, disposal of empty containers in a safe manner, etc. Rathore and the other people in Mukhya Basti knew that pesticides could be harmful for their health and hence used the same very carefully.

They made sure that they covered themselves properly while spraying. Further, they stored the pesticides and other chemicals in a place away from the reach of children and cattle to ensure their safety. They learnt about the proper use of pesticides while buying from the retailer.

They had knowledge of after-use instructions. They washed their hands with soap after spraying so that they did not consume even a bit of pesticide inadvertently. Further, they always kept in mind that they should not use tobacco or gutkha while spraying.

Also, they didn’t simply throw or use the containers, which could be harmful to them and their family. However, they burnt the containers that could harm them. They were not aware of the harmful gases released when plastic is burnt.

However, people in the other hamlets hardly knew about any safety measures. They didn’t know that pesticides could be toxic for them. Some of them used a mask to cover their face; but they did so to block the smell of the pesticide and not because they knew inhaling it could be dangerous. It is shocking that a hamlet that is socially forward because of its caste was aware of everything and other backward hamlets knew nothing. 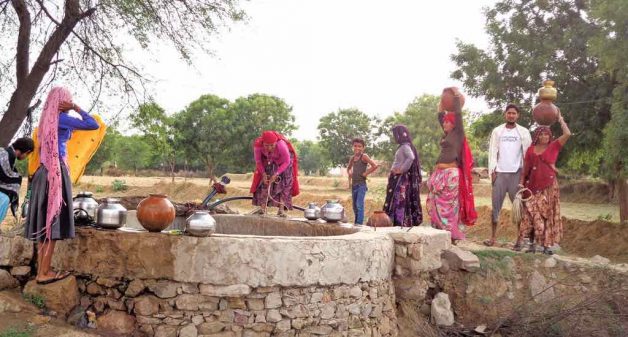 Women face risks by standing on the rim of wells, or on dilapidated low walls, while drawing water from wells (Photo courtesy AmritaServe)

The pattern in which women in both areas drew water was also very distinct. In Mukhya Basti, most of the wells had motors and people had piped supply in their houses; the wells that didn’t have motors were constructed in a way that was quite safe for the women to use.

Every well had a protective wall of around 3 to 4 ft height, which gave the women support and a firm place to stand and draw water from the well. Further, they had a pulley wheel, which made their task of pulling the bucket up easier.

But in the other hamlets, none of the wells had motors to enable piped water supply to the houses. It appeared very risky for the women to draw water from these walls because some of the wells didn’t have any wall or had a wall of about 1.5ft made of stones and were in a run-down state.

The ground was wet and slushy around the base and therefore risk of falling in the well was more. However the wells were far from their houses. This ensured that children didn’t go near the wells and hence remained safe.

Women took the help of friends and neighbors to hold them tightly from behind so that they did not fall while drawing water. Some threw the bucket numerous times and filled only half a bucket in one go so that the bucket’s weight did not pull them in. They felt helpless because they didn’t know whom they should complain to or were so scared to speak out that they preferred taking risk every day.

The situation in India stills needs many changes, especially at the grassroots. First, the difference within the same village is to be covered, only then we can think of other developments. Rural India is not safe yet. There is a need to teach them the basic safety measures to be taken in their daily routine.

It is our utmost duty to extend our helping hand in teaching them. Further, if their children are educated since their childhood, the growing population will be much more responsible and knowledgeable.

The task is not easy but it is not impossible. If in every village, government authorities (the village chief and other officers) ensure that their people are aware of basic hygiene and safety measures by giving them proper training at regular intervals, then this gap will soon be covered.

Latisha Jaisinghani is pursuing a course on Indian social and political environment at Indian Institute of Management, Udaipur. Views are personal. 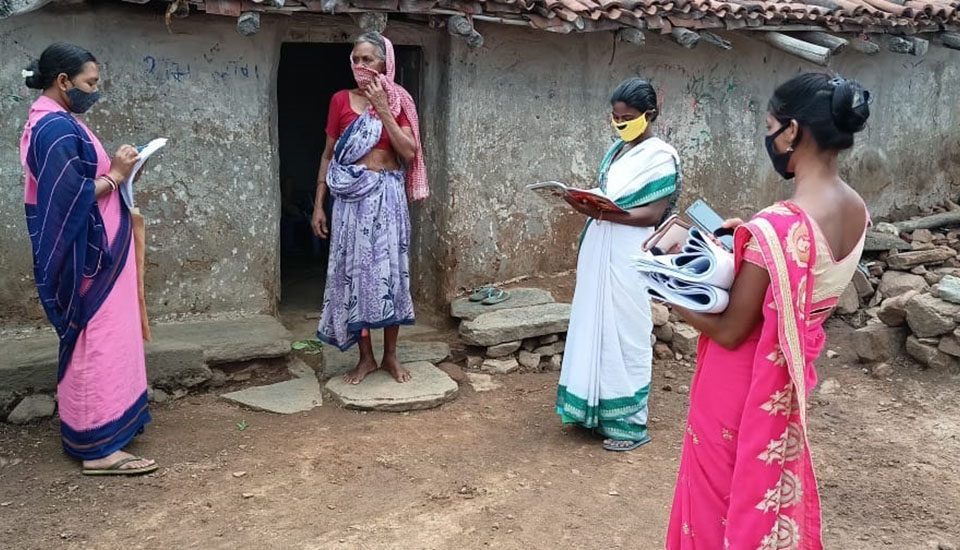