From just grazing goats, women in rural Muzaffarpur have taken to rearing them and attending to their feed and health needs, empowering themselves with increased incomes in the process 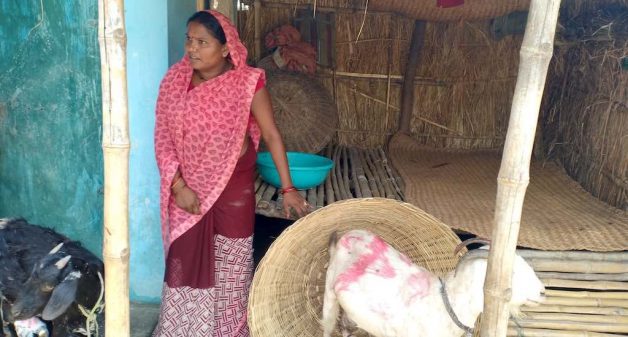 “Earlier, no one talked about goats, but now they are also valued,” said a woman in Muzaffarpur. She is one of the 50,000 rural women rearing goats in Muzaffarpur district in Bihar as part of a women’s empowerment program.

The potential of small ruminants to empower poor communities is being capitalized only since the past decade. The potential is more for women beneficiaries of Mesha program, as the women not only take care of the goats, but also support their family financially when in crisis, with the income from goat rearing.

The training helped the women benefit at all levels of the value chain, which is unorganized and dominated by men. Being engaged in SHGs’ activities provided a foundation on which the women could build goat-rearing work.

In order to create increased awareness and provide goat related services on ground, a cadre of over 230 women para-veterinarians was developed across the villages. Trainings helped them not only to provide preventive veterinarian services, but also to charge for their services. This ensured that the interventions became financially sustainable from day one.

This cadre is known as pashu sakhis or friends of livestock. Tinkudevi, a pashu sakhi in Balwa village in Muraul administrative block was among the first few women to be trained to work as para-veterinarians in her village two years ago. 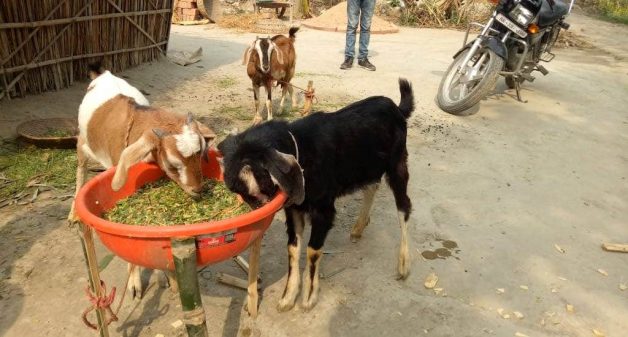 She serves 198 households in her village currently. She said that 35 households have newly started goat rearing in her village, since the services are available at their doorsteps. She has some customers in the adjacent Samastipur district, indicating the demand for pashu sakhis’ services.

“If we call a doctor when a goat becomes sick, he charges a minimum of Rs 100. It is much better to take vaccinations and deworming services from our village pashu sakhi to keep our goats free of disease,” said a woman.

Tinkudevi’s husband is a migrant worker in Kolkata and hence her income as a pashu sakhi is critical to run the family. She mentioned that her income in the last few months has been not less than Rs 6,000 per month. She earns Rs 2,000 to 2,500 from buck castrations alone.

Phulchun Devi has been working as a pashu sakhi in Jhitkahi village of Sakra administrative block for the last one year. The women said that, for the first time in their life, they made significant financial contributions to their family needs, be it on clothes, household items or education of their children.

The women bring stock of medicines from pharmacies in nearby towns. One pharmacy owner mentioned that his sales have gone up after the services of pashu sakhis became available in nearby villages. Women in many villages narrated change on the ground because of rearing goats. 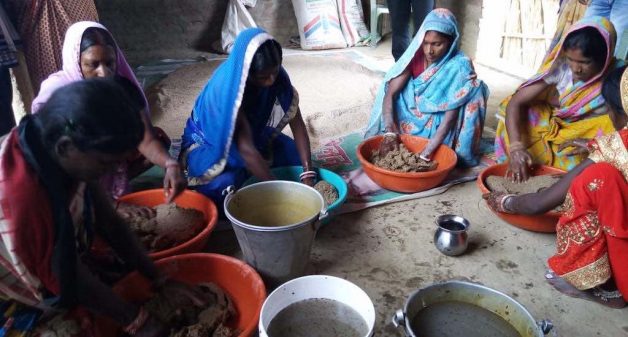 The women said that trees such as kathal and gular provide biomass for the goats. In addition, they graze the goats in the village common lands. Some women have taken up cultivation of azolla in small water tanks. Being full of protein, azolla helps in rapid weight gain in domestic animals.

A couple of women’s self-help groups have taken up production of mineral feed blocks and mineral mixtures as commercial enterprises. The pashu sakhis help the women sell the feed products to those rearing goats.

This not only provides nutrition to goats, but also provides additional income to pashu sakhis and the women running these enterprises. “Our goats also eat on dining tables,” said a woman in Jhitkahi village, referring to the goat feeders on a raised level.

Traditionally, in Bihar, the women’s role was limited to grazing the goats. The present change in eco-system is ultimately leading to increased incomes, that too directly in the hands of the women. Regarding control over the income from goats, the women said that it was theirs and they decided its usage.

This evolving success story of pashu sakhis and goat-rearing women has had a fair amount of struggle. The community, particularly men, did not take these initiatives by women very kindly and resisted initially. However, the women fended-off all such resistances and took the plunge in this male-dominated sector.

The women’s future plans include negotiating better prices for their goats. To achieve their next goal, they have started organizing themselves into a commercial company.