Lack of easy access to government healthcare in Kalyansinghpur, in addition to cultural and dietary differences in hospitals, is forcing Dongria Kondh women in remote villages to opt out of institutional delivery 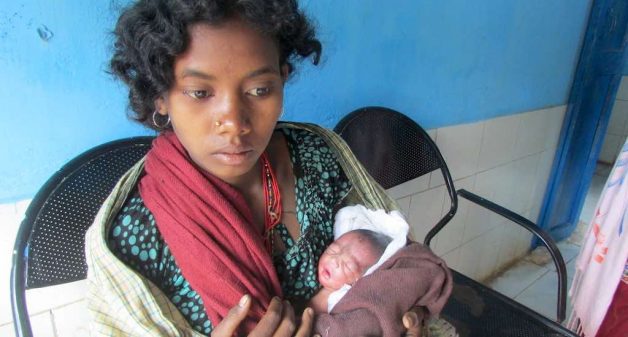 Hundali Sikaka (20) remembers the time her first child was born. It was a rainy season and Kalyani River was flowing near the danger line. She had to be carried to the community health center (CHC) in a sling. Sikaka still shudders thinking of it.

Now expecting her second child, the Dongria Kondh tribal woman, who lives in Sikapadar, a remote village in the hilly areas of Parshali panchayat in Kalyansinghpur block of Rayagada district, wishes to have the childbirth at home, just as her mother and grandmother have done in the past.

She prefers a domiciliary confinement because her expected delivery date falls during the monsoon. She fears that the causeway over the river might be washed away by heavy rainfall. She doesn’t want to go through the same ordeal again.

Many tribal women like Hundali Sikaka fear the discomfort and pain they feel when they are carried to the hospital in a sling. Living in hilly terrains that lack easy access to medical facilities, they prefer to give birth at home.

“When ASHA said to bring me down, it was a herculean task for him,” Hundali told VillageSquare.in. “It was more painful to lie down in the stretcher when they carried me.” The stretcher was provided under National Health Mission (NHM) to most of the inaccessible villages to carry patients to hospital.

Five persons including her husband Bama carried her downhill in the stretcher. Due to heavy rain and flood the causeway across Kalyani had been washed away. So they carried her in a sling across the river as villagers from inaccessible places usually do. After two days of labor pain, Hundali delivered a baby girl at the CHC.

This time Hundali wants the childbirth at home, knowing it may not be acceptable. Hundali has little say over her husband’s decision. She knows that if she has an institutional delivery, she would receive cash incentives that would mean a lot to her poor family.

In Rayagada district, according to informal data, 25% of deliveries take place at home. “In this community, pregnancy and child birth are treated as a natural process,” Mamata Pradhan, working on maternal health in Kalyansinghpur, told VillageSquare.in. “They prefer home delivery because of cultural and linguistic barriers, food habits and distance.”

Tribal women bear the dual responsibility of the household and livelihood, as most often the male partner would be asleep after drinking hooch. Hence pregnant women work till they get labor pain and prefer to return to work immediately after childbirth. 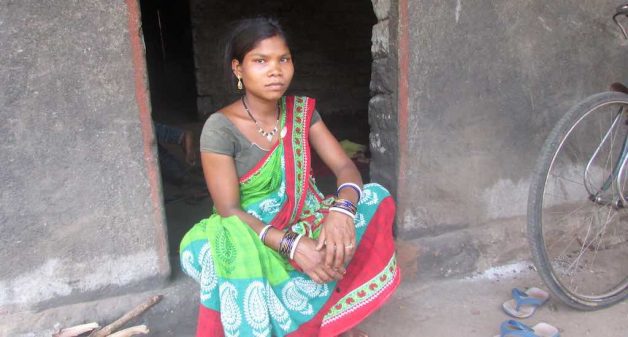 “In our community, the woman carries her daily activities till she develops labor pain. She delivers at home in a squatting position,” said Chadaka Sikaka (45), who does not prefer institutional delivery. “All my five children were born at home.”

After delivery, the placenta is buried in a pit. The woman bathes over the pit. The purpose of this ritual, the older women said, is to protect the newborn. “If the mother delivers in a hospital, how can we carry out this ritual?” asked Chadaka.

Maladi Kadraka (20), mother of a toddler, said that she was also taken downhill in a stretcher; then her husband took her in a motorcycle to CHC, where she delivered. She cited lack of mobile connectivity for not calling ambulance service.

“A woman has to cover a long distance to reach the CHC at Kalyansinghpur, crossing rough hilly terrain and streams,” Pradipta Kumar Routray, working in Kalyansinghpur, especially in Parshali panchayat for nearly two decades told VillageSquare.in.

“If she develops any complication like severe anemia or obstructed labor, she has to be shifted to a district hospital as the CHC lacks professionals and essentials like blood,” he said.

Tribal women eat rice twice in a day. In the morning, they prefer millet porridge that gives them energy and makes them feel satiated for a longer period. Hospitals serve them sooji, bread, milk and egg – a standard in most of the government hospitals.

Out-of-pocket expenditure (OOPE) is another reason for tribal women to prefer delivery at home. It is the expenditure a family incurs at healthcare institutions. It includes payments for transportation, clinical tests, medicine from private suppliers that should actually be available free of cost. 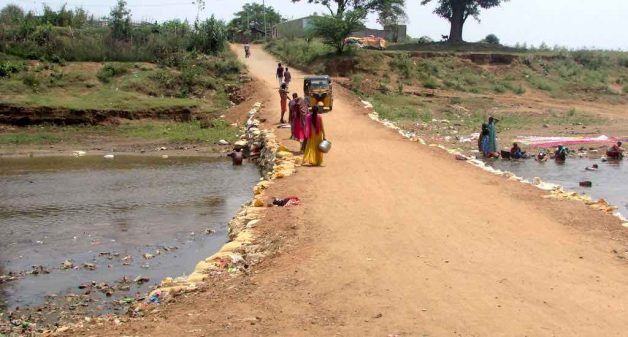 The causeway across Kalyani River gets washed away during the rainy season, making access to hospitals difficult for pregnant women (Photo by Rakhi Ghosh)

In Odisha, the average OOPE per delivery in a public health facility is Rs 4,226, while in Rayagada it is Rs 1,849. “This is difficult for tribal families to pay whose livelihood is dependent on forest and farming, though government provides Rs 1,400 as incentive for institutional delivery,” said Goranga Mohapatra, national joint convener, Jan Swasthya Abhiyan (JSA).

“There are incidences of women being carried to hospital for incentives, after childbirth at home,” Mohapatra told VillageSquare.in.

In the last two decades, the government has taken many initiatives including cash incentives, to improve maternal health across castes and groups.

One of the initiatives is Maa Gruha (maternity waiting homes), where the women can stay for 10-15 days till delivery. In Kalyansinghpur, the government has opened two such homes. However, hardly any tribal women from inaccessible villages use the facilities. Read: Maternity homes provide safe haven to tribal women

Besides the construction of a sub-center for the patients, a bike ambulance service has been launched. A new bridge is being constructed across Kalyani River. But the tribal women are not convinced by these initiatives to seek medical facilities.

Most of the tribal women in these remote villages cited geographical, cultural, linguistic and financial issues and hence their preference for seeking traditional birth attendants (TBAs). But the doctors at CHC said that TBAs spread infections, cut umbilical cords the traditional way and lack skills in handling complications like heavy bleeding, one of the major causes of maternal deaths.

In Odisha, while the official figure of institutional delivery stands at 85%, the unofficial data of women preferring home delivery is high and there may be unreported maternal deaths during delivery.

“The government has to see maternal health from the tribal people’s perspective, taking their issues into consideration,” said Mohapatra. “TBAs were skilled, experienced and accepted by the community. The health facility has to do some value addition to reach out to this community to ensure safe delivery.”