Once the central government navigates the tricky issue of water governance, we would need to recognize that tap water in every rural home will expand domestic water usage dramatically 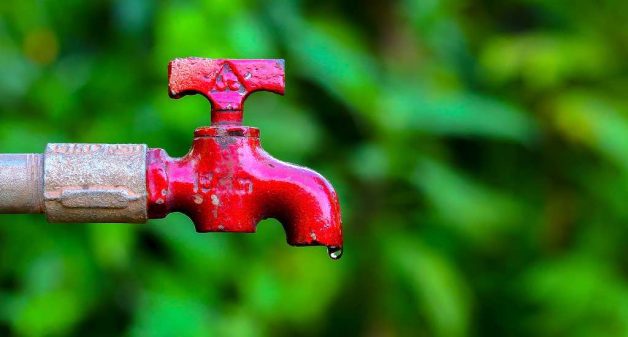 In my childhood home in a district town in Maharashtra, I have seen in the sixties and at times helped my mother draw water from the well in the premises of the house. Now I live in a reasonably well-provided flat in which tap water is received at several places. I know the comfort of receiving nal se jal (water on tap). And I sure would love to see all my countrymen have the same comfort. Hence, nothing in this article may be seen as grudging the rural sisters the comfort of water on tap.

Making nal se jal happen for every rural household involves many issues. Starting from the current situation in villages, we need to address issues of water availability and allocation, infrastructure required, water quality, sustainability of the systems, water charges, financing the creation of infrastructure, and so on. The issue of jurisdiction distributed across levels of governance and its legal and administrative complications envelopes each of the specific domain issues identified above. Without adequately dealing and resolving all these, nal se jal will only remain a slogan. We will elaborate on all these issues in three pieces.

Let us first discuss the jurisdiction issue. It must be noted that this government has by and large successfully implemented the Swacchh Bharat Mission though public health and sanitation is a state subject. On the other hand, in numerous other instances such as Ayushman Bharat, the Centre has failed to persuade all states to implement.

One cannot get away from the fact that Centre has no jurisdiction on water. Both drinking water and management of water resources are state subjects as per the Entry 17, List 2, Seventh Schedule related to Article 248 of the Constitution. The Centre has limited jurisdiction in this regard and that pertains only to resolution of issues arising out of sharing of water of inter-state rivers.

Given this Constitutional reality and the sensitivity of states in regard to securing their autonomy, to what extent nal se jal will make headway with states is moot. The central government can at best play a supportive role. It could create model schemes about water sourcing, distribution and levying water charges, announce model financing schemes to those states who agree to implement nal se jal program etc.

The matter becomes further complicated as after 73rd Amendment, Gram Panchayats and not the state governments have jurisdiction over minor irrigation, local water management and watershed development and the primary responsibility of providing safe drinking water to the citizens of their village (please see entries 5 and 9 in the Eleventh Schedule related to 73rd Amendment to the Constitution of India).

Thus, at least in theory, participation of all the three levels of governance is a must for nal se jal to succeed. It is interesting to speculate if managing these jurisdictions and political realities in case of water would prove more or less difficult than in case of sanitation, which is what was dealt with in Swacchh Bharat.

All water resources need to be allocated to diverse uses: irrigation to farms, animal and human drinking, other domestic uses that include bathing, washing, cleaning and the like, industrial applications including power production, recreational and beautification purposes (gardens, fountains and recreational urban water uses such as swimming) and environmental flows needed to maintain biodiversity, particularly aquatic biodiversity.

It is relevant to note that the norms adopted by water experts in regard to deciding the quantity of water have a severe urban bias. The Bureau of Indian Standards 1172:1993 norms state that for urban areas with a population of more than 100,000, the provision should be estimated assuming per capita per day consumption of 150 to 200 liters of water (150 lpcd). The same number in rural areas is taken at 70 to 100 lpcd for house service connection. It is a different matter that a large number of cities in southern India are unable to supply anywhere close to this quantity of water to their citizens; but the norms remain.

The most important thing is that these norms are adopted by all policymakers while allocating water resources in their integrated water resource management (IWRM) programs under which typically River Basin Authorities dominated and run by engineers tend to be set up. The current situation is that nearly four-fifths of the water in the country is used for agriculture, about 5% for industrial uses, a similar quantum for domestic uses and the rest for recreational and environmental flows. This is a gross current country level use pattern. It differs widely in different regions and river basins.

It is interesting to speculate whether the mode by which a person obtains water for her use would tend to determine how much she would use. If there are 20 points from which I can draw water due to the luxurious plumbing in my home, would I use much more water than I would have if I had to fetch it bucket by bucket from say just 20 feet away from my home?

Millions of rural women fetch water from much larger distances, and as a result, their households make do with, say, 40 liters per capita per day. Tomorrow, if they obtained water just the way I do, easily in taps and showers, would they use more? How would the provisioning of water at 40 lpcd work?

And how humane is it even to try telling my rural sister that she should not take a shower the way my daughter does, but should be content in cleaning herself with half a bucket of water every second day? In straight terms, nal se jal, if implemented, is about to lead to a large expansion of demand for domestic water in rural households and that expansion will play havoc with current resource allocation in dry, rain scarce areas which cause the most worries every summer.