Rural development programs often take community mobilization for granted, and those who dedicate themselves to this difficult task are ignored or neglected. This needs to change 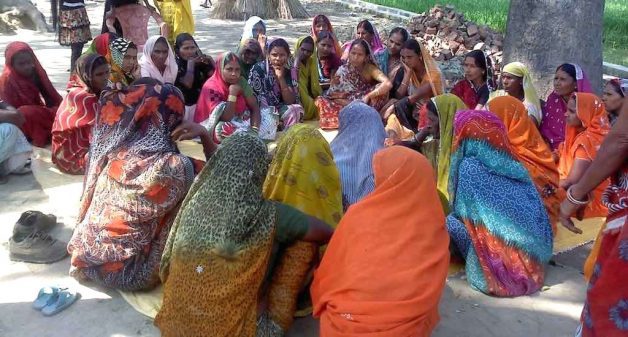 India seeks to achieve sustainable development goals and improve the Human Development Index (HDI) in India’s villages. The central and state governments lay down policies and fund necessary programs towards this end. Thereafter, the role of governments is material only so far as the following two things are concerned. The first is the creation of infrastructure and the second is payment of salaries to those who would work on the ground.

Material improvement, whether on the front of education, health, or child nutrition, is possible only when people respond in a manner that makes full and appropriate use of the services that lead to desired results. There is a widespread consensus that desired changes in the behavior of individuals and families need a great degree of persuasion, extension, change in social norms etc.

Such persuasion and change in norms cannot happen by mandate or dictat, but only by welding the community together and enabling them to understand, absorb and internalize the necessary knowledge, attitudes, skills and practices. Such changes then come about through community mobilization. Community mobilization is therefore regarded as an extremely important precondition in bringing about sustained changes in everyday behavior of people which lead to positive outcomes on education, health, nutrition and so on.

There are repeated aberrations in the way governments think and act in this matter. Governments tend to think either that community mobilization is not an important condition or that it is synonymous with publicity and communication or that it can be achieved like a flash.

Here is an example to illustrate a typical state behavior. Several years ago, a dealer in submersible pumps came to me when I was practicing as a consultant. He told me that he had got a project form some minister, who, we will grant, was also God’s own creation.

The task was to mobilize community of cotton farmers, train them and spread behavior change messages, which would lead to absorption of values and practices of not using chemical pesticides in cotton. The target was to do this with 300,000 farmers in four months. The budget was Rs 20 million and it was stated that some Rs 8 million would need to go back to the minister’s trust.

Let us not sensationalize the corruption part, which was incidental. The pump dealer wanted me to help him execute the contract and would have paid wages of my sin. I threw him out, though I must thank him for giving me this peep in how government regards work related to community mobilization.

Done in a flash?

Both politicians and the administration tend to believe that the task of community mobilization is something that you can do in a flash, and feel that in giving four months to reach out to 300,000 farmers and cause behavioral change among them, the administration was being liberal.

The civil society world prides itself on being the experts in community mobilization. A fair number of them have skill sets and practices that justify this claim, though one could easily overstate it. The trouble is that the civil society world has come to be looked at with suspicion for over a decade now. Those who mobilize communities to empower them to assert and realize their rights are looked at as troublemakers.

Even those who work with communities for bringing about constructive changes are now looked at best as sub-contractors. Hence, one often hears the pious IAS officers advising that NGOs must mobilize communities so that they can adopt the changed behavior for whichever program the officers are pushing. They seldom, if ever, provide time and budget to the NGOs for doing this, as though this task is very easy and costless to accomplish.

In part, this is due to state policy in regard to village governance. There is a fairly ubiquitous school among both the administration as well as left-leaning politicians who believe in the gram panchayat as being the ultimate instrument for achieving community mobilization. They believe that the entire purpose of democratic decentralization and 73rd Amendment was to give a push to community mobilization through Panchayati raj institutions for self-development.

The erstwhile progressive Left Front Government in West Bengal was so strongly persuaded about this view that they actively discouraged civil society organizations from taking root and from implementing any meaningful development program in the state. Interestingly, once the 73rd Amendment was passed in 1993, many organizations came about and worked on training of elected members: sarpanch, ward members, women members and so on, of the Gram Panchayat in the task of managing development programs for the benefit of people. I know a few individuals who made whole careers out of this activity.

The Gram Panchayat is indeed intended to work for the community and on behalf of the community of the village. The 73rd Amendment Act states its aims and objects as devolving “powers and responsibilities upon the Panchayats with respect to the preparation of plans for economic developments and social justice and for the implementation of development schemes”.

Concurrence and active participation of the Gram Panchayat is necessary for implementation of a whole range of development programs touching on virtually every aspect of the lives of people of a village. The work of actualizing this concurrence or participation devolves largely on the Sarpanch (or Pradhan) and members of various committees of the Gram Panchayat of the village.

There is often a question of selecting and scheduling the sequence of beneficiaries of a program and distribution of whatever is involved to them. This work does involve application of mind and devotion of efforts and time. There of course is an associated power of giving or withholding concurrence and including or not including individuals.

Softer side of self-governance

In reality, one sees almost everywhere that the entity that takes care of mobilization and motivational aspects is different and has no official standing. The Pradhan and the Gram Panchayat exercise their control and governance function. But, in the theory of democratic decentralization, and the naïve belief of politicians and administrators, community mobilization and extension and persuasion of the community to accept changes in the way they act and live is the softer side of self-governance, and both are the functions of the Gram Panchayat.

It is possible to argue that the civil society organizations are staffed by people who have strong extension motivation and have joined the work because of their empathy for fellow human beings. The problem of their livelihoods and unstable careers is well known, and if called for, we can take it up later.

The question we need to ask is: while the work of mobilization as well as governance involves efforts and application of mind, what do these individuals who perform the task stand to gain in return? What are their incentives? The typical honorarium of a Pradhan is perhaps a tenth of the salary of the Panchayat Secretary, who is a government employee.

The logical questions which then arise are: if the individuals do not have any incentive and do not therefore make efforts at ensuring proper self-governance or in bringing about community involvement, then how will that community engagement come about? And if that does not come about, how would the development programs conceived and directed from higher levels achieve their desired effect?

The reality is that there is virtually no compensation for spending time on these tasks, leave alone any incentive available to these men and women. They are expected to act purely out of their commitment to bring about development of the village.

There are of course some individuals like Popatlal Pawar of Hivre Bazar and Devaji Tofa of Mendha Lekha, who have such powerful and sustained motivation. But most other people are simple ordinary folk who need to also look after themselves. They really are not saints. Should the fate of our development programs be a hostage to forced sainthood of these simple men and women?

I am aware that in India, we do have a long list of respectable saints who tried their best to preach good values to the lay people and contributed a great deal to the essential humanism of our society. The intent of this note is to question the foolish assumption in public policy that such sainthood is widely distributed and can be relied upon to achieve practical and immediate goals.