Unless the government improves the anemic delivery structure of rural health and education, the neglected and overworked frontline workers will not be able to fight underdevelopment adequately 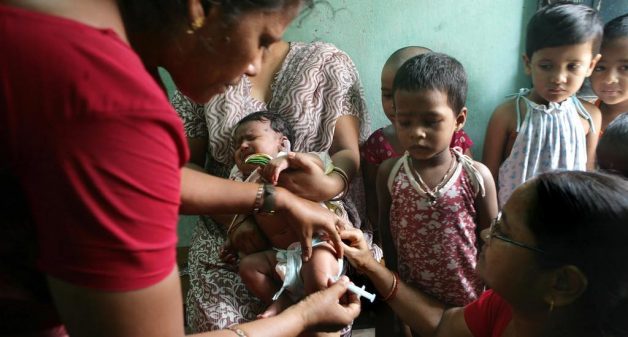 Underdevelopment or multi-dimensional poverty is the enemy that has shackled a large section of our rural population. Illiteracy, malnutrition, ill-health, social oppression, inadequate articulation and paucity of income are some of its main ramparts. War on underdevelopment can be won only by dismantling these.

This war has to be fought by foot soldiers like teachers, health workers and panchayat representatives, each focusing her attention on one of the ramparts of this enemy. These soldiers can be trained, equipped, motivated and facilitated by those who devise programs and policies in the central, state or district headquarters.

Those who devise programs and policies, or manage them, cannot directly carry on the fight. The unfortunate trouble facing rural areas is that in a large number of locations, these foot soldiers are missing, or are ill-equipped, demotivated or have to fight on an empty stomach. This then is the burden of this piece: how do we win the war on poverty when the foot soldiers are missing.

It is necessary to understand and analyze the situation as it prevails. This situation has many variations, while the theme remains the gross inadequacy of the foot soldiers. I will try to first narrate the situation and then enumerate the causes that are often reported to lead to the situation.

Let us start with education. The Right to Education Act mandates that there be a school for every child within a kilometer of her home and that each such school have at least one teacher for every 35 pupils. Both these norms are violated in numerous places.

Regular teachers, who are on the permanent rolls of the government, are much fewer than the required number. In part, this is because of inadequate funding of schools. In part, it is due to procedural delays, etc. So, the states appoint shiksha karmi, or teachers hired on short contracts. In some villages, I have come across teachers who have been on short term contracts for several years now.

These teachers on short term contracts receive a wage that is a fourth or a fifth of the salary of a permanent teacher. The latter occasionally visits the school and lords over these poor instructors. The same people may, in addition to teaching the children, may have to oversee, manage or actually cook the midday meal.

One of my educationist friends decries this whole set of policies pertaining to elementary education as what he calls, “making teachers into khansamas (cooks or attendants).” The situation in schools as one looks at higher classes is no better. The pupil-to-teacher ratio is seldom kept at the normative level and special subject teachers are missing more often than they are present. 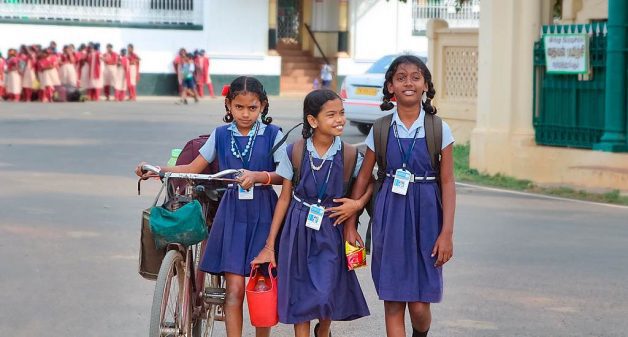 The situation in the field of health is even more precarious virtually everywhere, barring perhaps the south Indian states. A large number of primary health centers (PHCs) are run without medical officers, even after some states have given up the insistence on posting only allopathic doctors and have allowed the posting of people trained in alternative systems of medicine such as Ayurveda and Unani.

Community health centers (CHCs), which are the next level of state healthcare services, are expected to provide superior facilities and specialist doctors. They do sometimes have a properly trained doctor but the problem of specialties is much more accentuated. Laboratory technicians and other paramedical staff are conspicuous by their absence in a large number of PHCs.

Official data for 2015 show that both PHCs and CHCs serve at least 40% more people than mandated by the government’s own norms. Half of the PHCs do not have male health workers, and about 5% have neither a male health worker nor an ANM (auxiliary nurse midwife).

Anganwadis, or daycare centers, are perhaps better, as there has been a renewed emphasis on addressing the issue of child malnutrition. The huge increase in population has not been matched by a corresponding increase in the number of ANMs, who were to look after the preventive and promotive health aspects in villages. The new model of ASHA (accredited social health activist) has seen infusion of a large number of volunteer staff, who are paid on a piece-rated commission.

Naturally, the extent of gap varies with the location of the villages in question. In a huge swath of land in central India, prevalence of leftwing extremists is a major cause of such paucity of staff. In general, the more remote a village, the greater the chance of such absence, and the closer it is to a city, higher the chance of such persons commuting and not staying in the place of their posting.

In some well-connected villages, teachers have become bike-riding moneylenders, who throw a pittance at rural youth to teach the kids and their own regular monthly salary is often useful in lending small sums at usurious rates to the hapless poor.

There are some common reasons for such a stark shortfall in manpower at the frontline services, whether in health or education. In the first place, the finances of states are so stressed that they tend to go slow on taking up liabilities that would invariably come with hiring permanent staff. The states are unlikely to ever admit this. But the fact is that despite the shortfall, there is seldom a concerted drive to recruit people.

Secondly, it is difficult, if not impossible, to get staff in certain categories. Getting doctors to man PHCs and CHCs is a classic case. Young people trained in medicine are simply unwilling to serve at these levels. Absence of congenial living environment at the locations of the PHCs, and heavy workloads due to overcrowding are perhaps two major reasons for this.

While poor living conditions could be a discouraging factor, teachers of science, mathematics and English tend to shun being in rural schools, as there is a thriving market for private tuition in these subjects in larger towns. Also, increasingly we see a greater domination by women in the teaching profession, and it must be agreed that city bred and educated ladies and their parents or spouses have misgivings in their living in rural areas.

Admittedly, there are also lacunae in the physical infrastructure and amenities in both schools and in health delivery hubs in rural areas. These lacunae could also act as discouraging factors for the manpower.

As economist Amartya Sen argues in his book Uncertain Glory, the current situation has evolved due to an essential neglect to both these dimensions in the early years after Independence. The foundation laid for these services was not appropriately designed or thought through. Subsequently, the states have only been undertaking patchwork improvement over the original structure.

The process of democratic decentralization placed oversight on these services in the hands of the local elite, who also were often the elected officials wherever the Panchayati Raj system worked. So, the ground-level functionaries had multiple bosses to please: the local elite who exercise real control and the administrative department officers who controlled their salary and career path. Professionals have never found this a satisfactory arrangement. So, either they do not join or do not stay long.

Another point of view is that the elite and the middle class have in general abandoned public services, both in rural and urban areas. Good road network and easy communication enables them to send their wards or patients farther off than they could earlier. They do this also due to some snob value in saying how much they spend on education of a child or health of their wife. As such, those whose words and connections matter are indifferent to the presence and quality of manpower offering public services. And they decay.

While the reasons are several, the end result is as we stated in the first paragraph. The personnel who are actually to mobilize, persuade, advise, help and work with the communities are either missing, or in insufficient number, and hence, overworked or demotivated. How would we reach towards sustainable development goals (SDGs) if the people at the frontlines are missing?

There would appear to be very little point in coming up with grandiose plans and ambitious targets if the delivery structure on the ground is anemic, dilapidated or tottering. The quicker the government pays attention to this basic issue and resolves it with urgency, the quicker will be India’s march towards achievement of the SDGs.