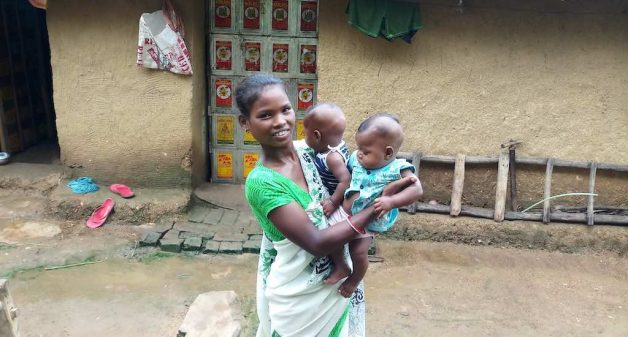 Saraswati Bodra, living in West Singhbhum district of Jharkhand, appears frail. The 18-year-old who has a six-year-old daughter gave birth to twin sons four months ago. Bodra considers herself lucky that her sons have survived and are gaining weight.

Bodra, who resides in Madanjahir village at Sonua block, credited the monthly meetings conducted by the accredited social health activist (ASHA) in her village for the good health of her twin children. She said that the meetings created awareness on dealing with malnutrition during her pre-partum days.sexyxxx.ccsexyxxxsexyxxxsexyxxx

“The meetings were really helpful as the ASHA sahiya (friend) shared valuable information about what to eat during pregnancy and after delivery,” said Bodra. “I followed the advice they gave at the monthly meetings and the results are there for all to see.” Her sons Gopal and Krishna were born with low body weight, but both now weigh around 6 kg.

West Singhbhum district of Jharkhand has a poor record of malnourished children in the country. Creating awareness on maternal and child health issues, in addition to awareness on nutrition, among women of all ages, is improving the survival rate and health of women and children.

West Singhbhum district fared poorly, with 66.9% underweight children and 59.4% stunted children, whereas the national average is 35.7% and 35.4%, respectively. According to the report malnutrition was found to be predominant among tribal people, especially children. 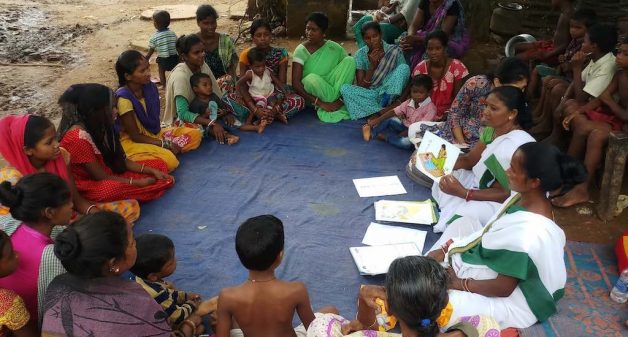 “It is not correct to lay the blame on government, given the prevalence of social evils. For instance, child marriages are common among tribes, with girls as young as 11 getting married because of poverty that runs deep in the villages,” said Jagannath Hembrom, physician in charge of Malnutrition Treatment Centre (MTC) at the state-run Sadar Hospital in Chaibasa, district headquarters of West Singhbhum.

“An underage anemic mother would obviously give birth to a lower body weight child. Parents don’t take proper care, thinking that the child would be fine when older, which is completely wrong,” Hembrom told VillageSquare.in. “Children are often brought with almost nil survival chances, still we try our best. Of the 3,500 children admitted at MTC between 2009 and June 2019, 82 have died of malnutrition.”

The meetings that Bodra referred to are the participatory learning and action (PLA) meetings held under National Health Mission (NHM). The meetings have been empowering women with vital information on dealing with malnutrition, and maternal and child health issues since 2015.

Young mothers, adolescent girls and older women participate in the meetings held once a month in rural areas. They learn about health issues including malnutrition. As most of the participants lack education, the information is shared through pictorial cards, followed by interactive games and a recap of the previous session.

“We started maternal and child health campaigns in 2015 and reached up to 20,000 villages by 2018, and 25,000 villages by June 2019,” said Akay Minz, state program coordinator of NHM, Jharkhand. Later we incorporated nutrition, to create awareness on the diet that expectant mothers should take.”

Minz said that around 5 lakh women have taken part in the PLA meetings, with around 35 women attending each session. The male members are also supportive of the initiative since it concerns their wife and children,” she said. 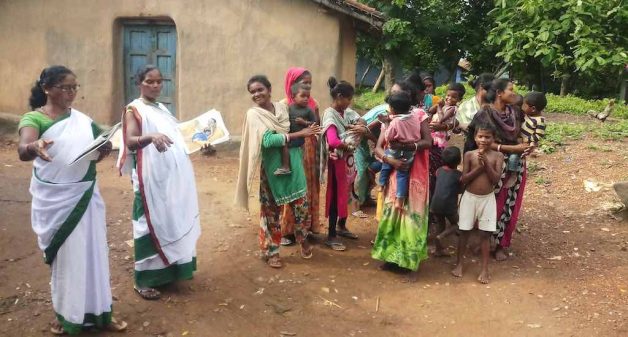 ASHAs have been conducting the meetings, with Ekjut, a non-profit organization working on community heath, providing technical support.

“We inform them about the right quality of food to take to beat malnutrition and how to take care of a newborn. We also visit the houses of expectant and new mothers to make sure that they have understood the information and follow them,” Kita Haiburu, a facilitator of ASHA workers, told VillageSquare.in.

Members of Ekjut have been providing technical support by training the trainers, deciding the content of the PLA meetings, and assisting in reviewing them periodically to ensure that the quality is not compromised.

“We are working with the state government to bring down the neonatal mortality rate (NMR) in Jharkhand. We are also running six crèches in West Singhbhum where we provide children below the age of 3 with nutritious food,” Vikash Nath of Ekjut told VillageSquare.in.

“Ekjut works with a three-fold motto of survive, thrive and transform,” said Nath. “We started working with the government in 2015 after Lancet published an article about the dip in NMR by 32% as a result of PLA meetings held for two terms of three and two years.”

The state government is also working on a project to start over 200 crèches in the district. “We are also planning to launch Amrutham nutrimix, a nutrition health supplement to be prepared locally for children studying in anganwadi (daycare) centers across the state,” said Aditya Ranjan, deputy development commissioner, West Singhbhum.

“We have MTC facilities in five blocks, but we are working to introduce screening facilities for patients residing in non-MTC blocks so that they can be referred to the nearest health facility. We hope to bring down the number of malnourished children through our efforts,” said Ranjan.

The PLA meetings and follow-up provided by ASHAs have been bearing fruit. “We have saved an estimated 5,000 newborns in the past two years,” Minz told VillageSquare.in.