Rural youth with the right aptitude are trained and employed in a technology company in Tirunelveli. Local employment has prevented migration and improved the families’ economic status 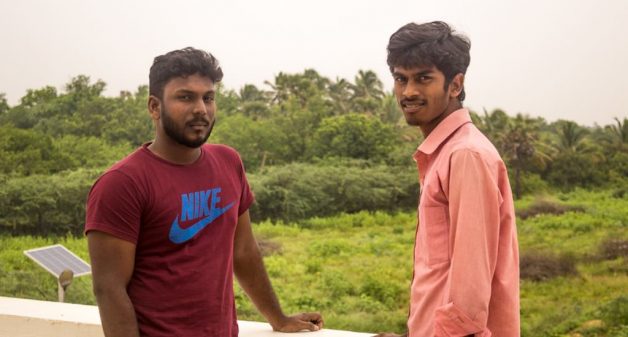 Lush green paddy fields, coconut trees and pristine waterfalls, ensconced in the Western Ghats, welcome one to Tenkasi in Tirunelveli district of Tamil Nadu. Zoho, a technology company, is right in the midst of this picturesque rural landscape.

Zoho University, and the satellite office, have opened up education and employment opportunities for rural youth. Talented rural youth are identified and absorbed by Zoho, a company that set up its satellite office in the hinterlands of Tenkasi.

The satellite office trains local youth and gives them employment opportunities in their own village, reducing rural-urban migration. About 300 employees work in Zoho’s Tenkasi center now. The company is set to increase its headcount to 1,000 by end of 2019, expanding job opportunities for the youth here.

A large pool of talent from rural areas is ignored, unrecognized, and there are few opportunities for them to secure a job in their own village. Most often, this talent pool migrates to cities like Chennai, leaving behind their families in the village.

“It is not in our culture to leave our families behind and go away,” M. Kumaresan, a youth from Tenkasi working in Zoho as a software programmer, told VillageSquare.in.

Zoho’s rural establishment opened up a vast array of opportunities for the rural youth; the idea was also to reduce rural-urban migration. The satellite office employs them with a salary that is on par with urban IT companies.

Zoho University was setup in Tenkasi for education and training. One out of five students from Zoho University is employed in the company. This leads to more employment opportunities for talented youth in villages near Tenkasi.

Using posters in school notice boards and pamphlets, the team at Zoho University in Tenkasi reach out to students in government schools in villages. Schools are a place where word of mouth really worked. Also, previous students talked about opportunities in Zoho, and word spread among the youth.

Aspiring students have to crack an aptitude test and face interviews to mark their entry into Zoho University. Zoho does not look at their scores in board exams or if they are dropouts. They only rely on the entrance exam that tests their mathematical and analytical skills. After a year of coaching, Zoho offers them on-the-job training in their area of interest or expertise.

“Though I scored well in class 10, I could not focus on studies after that, as my mother passed away. My father was keen to educate me, but I just could not study in that situation. I applied to Zoho, went there for training, and convinced my father to let me join the company,” said Kumaresan.

Mahesh Arumugam (24) from Avudayanoor village, dropped out of school in Class 6 due to financial difficulties at home. A few years later he passed class 10 as a private candidate and then joined a polytechnic. When he was in his third year of diploma in electrical and electronic engineering, he heard about Zoho.

“My friend had joined Zoho, and I was looking for a placement opportunity,” Mahesh told VillageSquare.in. “I took the job offers from companies in Chennai but returned after two months.” Mahesh came back to his village, prepared hard and cracked Zoho’s entrance exam after a few attempts.

For Kumaresan and Mahesh, the new environment led to an ocean of learning opportunities. Kumaresan says, “I didn’t know how to operate a computer. I learnt that. I also learnt to read the news, developed English skills, and gained knowledge about social media as well.”

Mahesh’s life changed after he joined Zoho University. He says, “The coaching was good, and it got me interested in the job. My mentor was a great motivator, and he strengthened my interest. I was not fluent in English, and I learned the language, along with Java Script, HTML, etc.”

Mahesh joined Zoho University in 2015 and is now employed with the company’s satellite office as a software developer. He says, “I have a white-collar job. People in my village ask me how I got a job at such a young age and how one could get a job in Zoho.”

“Studying and then getting a job in a village is difficult. If not for Zoho, I would not have studied, and would have ended up as a laborer like my father. I did not know how to educate my sister then. Now I know how to handle a situation in a matured way,” Kumaresan told VillageSquare.in.

Kumaresan has bought 1,300 sq. feet of land in his village. “I plan to build a house in future and rent it out for an income or use it for any emergency,” he said.

“When companies like Zoho come to rural areas, people like us get employment,” said Kumaresan’s 16-year-old sister Ponkala. “Earlier, we bought groceries for a week because we did not have money. Now, we can buy a month’s supply of groceries. Sometimes, if we don’t have cash on hand, the shopkeeper tells us to pay later when he learnt that my brother works in Zoho.”

In tune with the concept — Made in rural India, made for the world — Zoho Desk, a software created by rural youth, was released as the first product from the Tenkasi office in 2016.

As much as the young men are joining Zoho and altering the lives of the families, young women too are supporting their family in the village. Sakunthala from Poolangulam village, learning HTML and designing at Zoho University, supports her family. Her siblings are getting educated with the help of her stipend money.

Sakunthala passed the aptitude test at Zoho while at school. She says, “I am the oldest among four siblings, and I wrote the exam because of my mother,” she told VillageSquare.in. “In school, we just memorized everything, but in Zoho University, it is different; people teach well and we study easily.”

“I don’t have any dreams as such. But I’m in programming, my dream job,” said Sakunthala. “For now, this is enough, life feels settled. I hope to learn more in future.”