On Mahatma Gandhi’s birthday, a look at rural India shows that we have fallen much behind his ideal of self-reliant village republics, in part because of changed aspirations of modern times 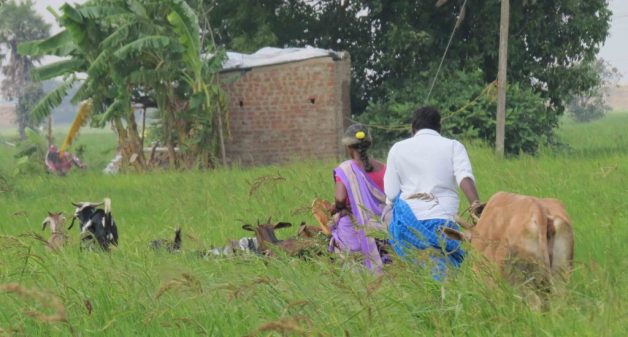 Mahatma Gandhi emphatically said that India lives in the villages and we cannot uplift India if we are unable to see the upliftment of villages. He gave two pithy messages about rural India. The first was the message of near-economic independence of villages, and the second was village governance. Both were predicated upon tenets of his overall preaching: frugal life and avoidance of ostentation; importance of charkha, the spinning wheel; co-operation and harmony between people, and non-violence.

He remarked upon the fact that each year, rural citizens were without significant occupation for four months when there were no crops on the fields and he saw the need to mount appropriate industries in villages to meet rural consumption needs. In passing, he also mentioned what he saw as the negative points of villages: illiteracy and indolence.

It is unfair to expect him, seer though he was, to have foreseen four trends that have vitiated the development ethos in the country. The first is unchecked population growth that put pressure on land. The second is the progressively intensive invasion of labor-displacing technologies in rural areas.

The third is the onslaught of media and communications that unleashed a consumerist surge and urban aspirations among rural people. The fourth is the proliferation of sub-cultural identities in Indian society that have caused splinters and divisions. He had a preview of only the fourth through the formation of Muslim League and B.R. Ambedkar’s agitation for separate representation for Dalits.

So where is rural India in relation to Gandhi’s vision? What have we, the urban people, done to achieve it? It is of course tempting to paint a dismal and depressing picture of rural India. It is perhaps facile to hold the greed of the moneylender and the agricultural input vendors as also buyers of agricultural commodities fully responsible for the rural mess.

In my view, such images would be partial and simplistic. There is much variation in the theme of the rural slide, as also sharp deviation from Gandhian image of contented populace even in villages, which are prosperous and seemingly happy. Let me a try nuanced answer.

Villages in remote tribal parts of the country that have enjoyed the protection under Schedule VI of the Indian Constitution continue to live pretty close to the idyllic image of self-sufficient and self-governed village republics that the Mahatma envisioned. Most of these are in northeast India. From my possibly crass and plebeian vantage point, these places have somewhat stagnated.

To me it appears increasingly unjust and untenable that children of the parents there are still constrained to see their future in gathering roots and fruits from the forest, chasing goats and undertaking quite rudimentary agriculture. Unjust and unfair because of two factors. In the first place, right now, unlike them, my children and certainly the children of their contemporaries in urban India see their future life in technology-enabled modern ethos.

Secondly, even though guns have perhaps gone silent in much of their land, in the not too distant future, earth-moving machines and mining drills, or the rising backwaters of some dam, will destroy their idyllic setting, making them a saleable commodity in the cruel labor market they are thoroughly ill-equipped to deal with.

Most villages in central Indian tribal lands have already lost their serenity and idyllic setting, as they are being increasingly drawn in the expanding horizons of the industrializing economy. They have become seasonal habitations of the reserve army of migrant labor, which travel in hoards to labor in brick kilns, restaurants, and other such low-end jobs.

At least a third of them have been torn under the conflicts inflicted upon them by the forces of left wing extremism. They have seen and heard but not realized the promise of their development. They stand to lose their language, their way of life and their identity in the homogenizing steamroll of state-led development.

The villages in densely populated Gangetic and Brahmaputra basins have become rather depraved places. Caste wars are rife here, education and health services are of poor quality, if at all available, and employment is scarce. Extreme pressures on land have made creation of any infrastructure or modern amenities tough in these areas and thus their rising aspirations are difficult to be met locally. People living in these river basins are migrating to nearby towns and distant cities in search of employment, but without relinquishing their claim on whatever share of land they hold.

While the villages in the drought-prone regions of quite well-administered states have seen and realized much of the promise of development by a welfare state, their fate is perhaps worse. Their exposure to education and proximity to urban centers have seen their aspirations rise fast. Yet, unending weather variations and self-inflicted problems of dependence on risky cash crops have made their economies vulnerable. Indebtedness and a sense of lost hope have made thousands take their own lives.

Villages in the first two categories have managed to remain at least partially self-dependent for their economic lives. Falling land sizes and crop yields, and rising expectations have made the latter two categories lose all semblance of economic independence. They have become more or less completely integrated with the wider national economy.

Absence of employment in lean season has not resulted in any local industry, as their needs have transformed and as they have become hapless consumers to urban products. Their only sale-able product is labor. Absence of any competitive skill and yet rising aspirations have together created a peculiar situation: they do not want to do farming, which is what they can do. And they are not fit enough for much else.

While the economic ideology that ruled government policies has moved sharply from centralized planning on socialist lines to a decentralized, somewhat free market regime in the last 20 years, neither has seriously encouraged the economic development of villages along Gandhian lines. We urban people have systematically exploited our natural advantages of better organization and far superior articulation to cause a deep urban bias even in the national farm policies, leading to sustained and intensifying depression of farm incomes and widening of the rural-urban gaps.

What of self-governance? Initial efforts launched by laudable conceptualization by people like S.K. Dey saw the creation of the democratic panchayati raj in only a few states. Here too, the concepts of brotherhood and mutual help and harmony gave way to the nexus of caste, class and power. Elsewhere, and in most of the Hindi belt, it has taken over 60 years to try and reinvent the system of panchayat as an institution of village self-governance.

As resources with states fell short of needs and often suffered from a populist misdirection, the Center became the chief financier of development. The locus of decision making thus shifted away from villages. Newer rights and entitlement ideologies trained villagers to become hopeless supplicants of the state. But the state system dominated by staff with deep urban affinity has not managed to create a sensitive or well-performing delivery system.

In several instances, such as the irrigation bureaucracy, these systems have become so unwieldy that they barely manage to keep themselves afloat even with high public expenditure, without achieving anything whatever. The collateral damage in the process has been the end of volunteerism and the old systems of organized self-provisioning communities running on the principles of mutuality.

The result is that the Gandhian utopia has remained a pie in the sky for Indian villages. Though depressing, the reality is that only the neglected India lives in villages now. Anyone who has a realistic hope to find a place outside has already done so, or is trying hard to escape the villages.