Child cabinets bring students at work back to school

There are reasons not to give up entirely on the rural handloom sector, and we can learn from northeast India on how artisanal weaving can still be an attractive livelihood option 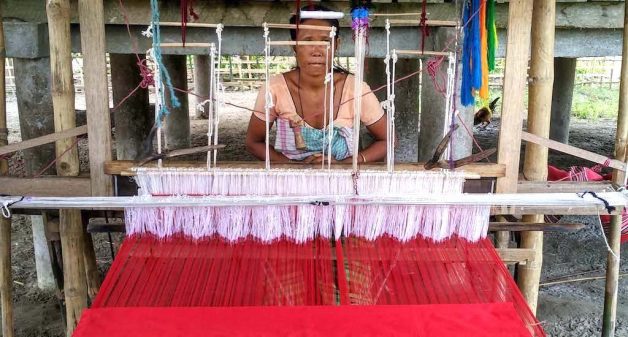 We know that in olden times, rural artisans engaged in the production of diverse crafts, and fabric products contributed to the local economy by meeting the diverse needs of people. In most places, the craft or trade of the artisans specializing became a hereditary occupation, later acquired an occupational caste title and over centuries became a part of the ossified social system.

In modern times, the urban manufacturing sector has made serious, and in quite a few instances, irreversible incursions into the rural economy. These incursions have destroyed local demand for products of crafts and fabric made by craftsmen and artisans. The economic gains and hence the occupation thus withered away, yet the caste stratification has remained.

In those instances where the products of such craftsmen and women caught the fancy of urban elites or of the moneyed foreign tourists, the crafts have survived. In quite a few instances, the crafts have seen a huge exodus of craftsmen in other occupations which offer more practical and viable livelihoods. Read: Are handlooms in rural India only capable of weaving poverty?

Admittedly, the amazing diversity in design, materials, craftsmanship and product applications have indeed contributed to a wonderful diversity, making rural India a true cultural mosaic. Urban rich often do want to buy traditional products, particularly fabric and garments for ceremonial occasions, and are willing to pay high prices representing the snob appeal of demonstrating that they can afford something beautiful.

Such a market has tended to immediately attract middlemen who aggregate diverse types of products for the elite to choose from. Seldom are these middlemen concerned with the long-term viability of the craftsmen. Concerned more with meeting the demand of the rich buyers, middlemen have at times also taken to faking products, for instance, selling power-loom woven fabric using the same traditional design as the original ones.

Falling by the wayside

Consequently, producers of even the most expensive traditional handwoven fabrics and craft products fail to find the occupation remunerative enough. An array of such crafts has fallen into junkyard of history. As a result, much of the cultural mosaic must become a relic of the past.

Conserving the rich cultural heritage of handloom fabric and crafts is a hobby horse, if not a fetish, with the urban elite whose own material needs are met several times over due to their high income levels. Urban elites trying to preserve the crafts and the products mainly for the purpose of conserving the cultural heritage have been, in general, fighting a losing battle.

On the producers’ front, such elite efforts are seen wanting in providing adequate incomes to producers. On consumers front, they are seen lacking in flexibility and adaptation to the changing urban tastes and modern way of life.

Barring conservation of such crafts for mere museum value at a boutique scale, many crafts must be discounted from serious consideration as viable livelihood options. Such limited scale conservation has often needed substantial and sustained non-profit support to train new craftsmen, to help create new designs and to reach discerning markets. Several illustrious instances of such very arduous efforts can be seen in the country but their own commercial viability has often been elusive.

Diverse livelihoods enhancement programs of the state had in the past given serious attention and poured resources in building rural livelihoods on the back of these crafts. Each of the states had created their own corporations for the so-called development of handlooms and handicrafts. In several cases, such corporations exist even today and run large shops in prime locations in several cities.

A visit to them and a round of some of their back shelves reveals the dust that indicates tardiness of the business they conduct. Airily supported by the charming idiom of the urban elite with a bee in their bonnet about conservation of culture, and desperate to find options for promoting livelihoods, state agencies continue to throw good money after bad in these ventures. We find it tough to say goodbye to history.

The North East provides a notable exception to the above gloomy narrative. And for good reasons. In the first place, at least the handloom weaving had not become a specialised occupation of only a section of the society in Assam or other north-eastern states. One can even now find active handlooms in homes of people of virtually all castes in rural Assam. Weaving is practiced by quite a substantial number of homes as an activity in their life pattern rather than as a livelihood activity.

Secondly, the way of life does constantly require them to buy products of the loom. Honouring the important guests with an ornate brass or bamboo zapi and gamcha is a vibrant and live tradition even now. Zapi has lost much significance and use now, but given the extreme humidity in the region, a simple handwoven cotton gamcha still has practical use for almost everyone.

Rural women still feel proud to wear their traditional handwoven mekhela-chador, a product that has not attracted power-loom sector to any great extent. Cheap power-loom products are making ingress but still handlooms are preferred and in vogue. Thus, there is a market.

In fact, those who do not have the inclination to weave for their own needs often tend to buy yarn and give to weavers who then provide them the needed garments. Thus, the traditional loom survives here even without too much product redesign. Whether it is commercially vibrant and provides livelihood solution to meet rising aspirations is a different issue that needs to be examined more in depth.

When these conditions do not obtain, the craft will fall in disuse. But possibly may not be lost. One possible solution to the problem of keeping at least some of the traditional crafts going even in changing market is to work on significant product redesign and quality assurance on one hand, and persuading the modern day corporate gift givers to take to giving such redesigned craft gifts rather than giving sleek modern audio speakers and pen-drives. Such gifting may create a new market and help poor rural craftsmen as well as conserve crafts.