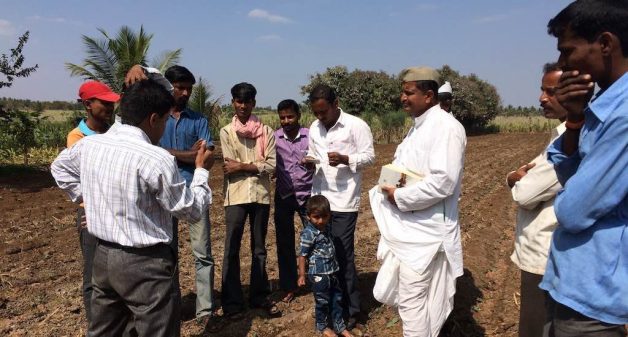 Average monthly income for farm households in 2016 was around Rs 9,000, according to an article published in the Down To Earth magazine (August 17, 2018), which quotes a NABARD report. This had grown by about 25% during the previous four years. It would put the average per capita rural consumption expenditure at around Rs 1,420 per month.

Recent data on consumption expenditure is currently not being released for want of data consistency. Data from the official sources, though of 2014 vintage, reveals the extent of the urban-rural gap. There is a huge gap between average monthly per capita expenditure (MPCE) of Rs 1,430 in rural areas and Rs 2,630 in urban settlements.

In the most underdeveloped states, MPCE Rural is lower by another Rs 200 points or more, with Jharkhand at Rs 1006 and Chhattisgarh at Rs 1027 at the bottom of the pile. Other states with lower than average MPCE Rural are Madhya Pradesh, West Bengal, Uttar Pradesh, Bihar and Assam, all in the Rs 1,100-1,200 range. These then are the well-marked pockets of rural poverty.

These figures are lower than 25-30% compared with better administered states of Tamil Nadu, Maharashtra, Gujarat, etc. This much is common knowledge. So the war on poverty is simply not being won in the rural areas in general and certainly being lost in the central and eastern states.

I think the situation has arisen from a number of factors. There is an utterly inadequate understanding of the ground reality and a great deal of confusion on what needs to be done. Wherever the potential solutions are being explored, the missing foot soldiers on war on economic poverty make the battle unwinnable.

The ground reality is complex and due to the blinders born out of ideology and urban bias, few are even willing to look at the reality for what it is. According to my limited understanding, here are some dimensions of that reality.

One of the main reasons is that surface irrigation is in shambles. New projects are not coming up as all low-hanging fruits have been picked and old projects continue to suffer from poor maintenance and inadequate attention to canal management. Groundwater resources increasingly replaced surface sources but now are becoming more expensive and difficult to access.

The populism in electricity pricing has led to a huge overexploitation of groundwater everywhere and those who did not have access initially are now excluded forever. Unirrigated, dry land farming has shown little or no breakthrough in incomes. And it continues to be hopelessly weather-dependent. Floods and drainage in regions that have abundant water are both managed badly and people there suffer rather than benefit from the surplus water.

Food security legislations, all biased in favour of urban areas, have required governments to limit crop prices within its own ability to pay. Naturally, the youth desperately seeks to get out of farming, leaving the work to their wives and the elderly. But they have no viable alternatives locally and hence migrate in huge numbers to distant farms or urban destinations.

The situation is quite grim. The troubling part is that there is little concerted and serious attention to finding a way out. Reaching water to every farm (Har khet me paani) and doubling farm incomes by 2022 were two big announcements made by the government. There is no concrete information on what has been decided and what has happened on the ground in these programs.

It appears to me that the situation possibly is not entirely hopeless. There are some quite promising solutions in rain-fed farming, which can significantly improve farm output and stabilise farm incomes even under rain-fed conditions. At least in the poorest areas of eastern Madhya Pradesh, Chhattisgarh, Jharkhand and quite possibly in the flood-prone and overpopulated poor states, natural resources appear to hold more potential than is currently exploited.

The need exists, the resources exist and even (at least some) solutions exist. What is missing is a strategy to link these three together and bring about breakthroughs. In that process, the role of savvy and dedicated foot soldiers is extremely critical.

What has happened is that this space has been appropriated by activists with axes to grind, who are possibly keener to prove their point than to help the voiceless. Unfortunately, savvy and constructive personnel, the needed foot soldiers, are utterly absent.

The task of reaching the technology and providing solutions to farmers for better farming had been delegated to departments of agricultural extension. That machinery is in really decadent condition in most states. The cadre of professional extension workers is shrinking due to attrition caused by unreplaced retirement.

Using the martial terminology, these foot soldiers are in very poor condition, their tactical knowledge is obsolete, their weapons are rusted, their mobility is badly affected and their morale is in the dumps. Many of them simply restrict their activity to certifying eligibility of farmers to diverse schemes and distributing such mini-kits as they are told to distribute.

As a result, if you ask farmers in villages, as many as 75% will say they have never seen an extension worker in their village working with farmers on farm issues and perhaps 30-35% will tell you that they do not know there is someone called an extension worker.

Several years ago, unable perhaps to put fresh life in these arms of the state, the government of India had come up with an idea called Agro-Business Clinics. NABARD tried to push these and ground them in several areas. These work outside the government system. More recently, private initiatives have seen training of agri-entrepreneurs who are local youth and who would work with farmers and provide them knowledge, technology and inputs in a for-profit mode. These methods are still at a scale that is far smaller than the overall need. See: Farm entrepreneurs build path to prosperity in rural Jharkhand

Two other tools are touted for addressing the rural poverty. The hugely advertised and widely implemented skilling program that recognises that wish of rural youth to quit farming and go work elsewhere, addresses the needs of lakhs of youth while the need is for millions.

The key task of enabling rural youth acquire soft skills that help them negotiate and live in alien urban conditions is not addressed well by virtually anyone. Again, foot soldiers for imparting new skills are largely missing and at times quite poorly equipped and trained where they exist.

Finally, the third tool of enabling farmers reap much higher value from what they produce has only just begun. These efforts, mounted through farmer producer organisations, appear to have barked up the wrong, compliance-intensive company format. But more of that later.