While there is a surfeit of folklore on cow urine as a miracle material, the waste of other cattle and humans, which are also dependable resources, should be checked for efficacy 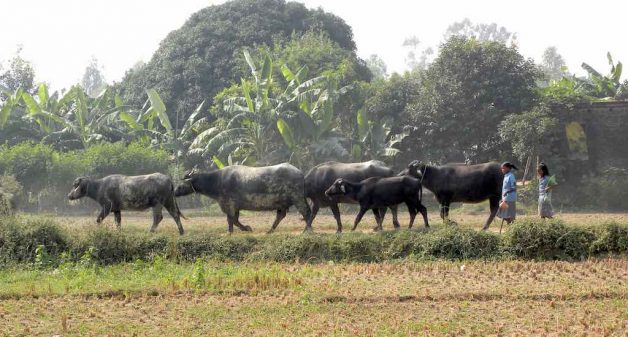 Folklore has it that the cow is an Indian marvel. When there was greenery in the country, the cow picked exactly that combination of grass and leaves that would yield milk that worked best for the child who drank it. With our cynical mindset, we wonder what makes such folklore durable and if there is any element of truth in it.

Folklore is folklore. Debating whether folklore is scientific or not is irrelevant. It is like debating if the sky is sweet or bitter. Funnily, folklore often contains germs of wisdom, which may be obliquely related to or lie in between the lines of the folklore.

It’s a thin line that separates folklore, faith and social norms. While organic farmers swear by cow urine as an essential input base, the potential of the waste of other animals and humans for farming and for fuel remains unexplored.

Two dimensions of folklore and faith are discussed below. Economic and social dimensions of both are potentially huge. Let me start with cow urine. The entire organic or sustainable agriculture practice places an extensive and pervasive reliance on the use of cow urine.

Cow urine is the base in which diverse things are mixed in different combinations and manner, and processed to produce either amruths, the plant nutrients, or astras, the plant protection materials. For example, measured quantities of leaves of five toxic plants are boiled in cow urine and the decoction is diluted and sprayed as pesticide against a range of pests.

Folklore has it that cow urine has ingredients that make it particularly, nay, uniquely, suitable to play this role. Some ardent proponents of these methods have emphatically told me that (the Hindu belief of) 33,000 gods (devata) reside in a cow’s body and they lend such unique property to the cow urine. When I suggested that urine of bullocks or buffaloes could also play such a role, one of these proponents thought I was blasphemous.

So strong is this faith in the need for using cow urine as the base for making these pesticides and nutrients, that farmers have refused to adopt or have given up these practices if there are no cattle in the village or the cattle population drops.

I had actually observed one rural enterprise that collected and sold cow urine to desirous farmers; and written about it in these columns two years ago. But if there are no bullocks or cows, where do you get it? Tractors, it would appear, are enemies of sustainable agriculture practices. Read: It’s time to explore new possibilities in village enterprises

Why not an experiment!

My mind hardened with scientific temper suggests a comparative experiment: let people make the same materials using urines of cow, buffalo, bullock, goat and even human. Let the effectiveness of these materials be tested on the ground by applying them to crops the same way these amruths and astras are used. And then let us zero in on to using whatever works best with Plan B, etc. where warranted.

If this has been already done, I am not informed. After all, if these practices deserve a mention in the budget speech of the honorable finance minister, surely, they must be supported with proper scientific work. Let Indian Council of Agricultural Research (ICAR) make a big project on it and study. What are the chances that this would be done? Will folklore continue to hold unquestioned sway?

Another folklore and faith combine concerns human waste. I was party to an interesting conversation with a friend who is CEO of a reputed organization and a very eminent management professor. He said that in tribal areas of Gujarat where they worked, the tribes fed human waste along with cow dung, etc., to the biogas plants. I was pleasantly surprised. He also told us that such practice was common in the Far East.

These people had no qualms or feeling of disgust about using human waste as feedstock. He said, plumbing costs etc. permitting, other rural citizens must consider doing the same. Unless the material is carried via pipes, it would make a big social issue. The respected professor expressed surprise and said, “I find it a little disquieting that I should eat food cooked on gas which my brethren have produced.”

It seems funny to me. Millions of women collect, process, dry and use animal waste as their cooking fuel. At least they used to, till the government reached many of them them LPG cylinders under its Pradhan Mantri Ujjwala Yojana.

In fact, in densely populated places like Uttar Pradesh and North Bihar, dung cakes make the chief cooking fuel and sell at quite high prices. Yet, no woman would ever collect human waste, dry and use it as fuel. Oh, no. Carrying of human waste was a preserve of an oppressed community till banning head loads of human waste became the merry act of repeated benevolence of governments as K. Stalin’s film Lesser Humans records.

Here then is an interplay of faith, social customs and folklore preventing a perfectly rational application of a potential resource. Just think for a moment: whether the crops grow well or not, supply of human waste is perhaps the most dependable thing in villages. It could have been used to produce biogas that would light the stoves in kitchens of all those who did not share the professorial disquiet.

Had our people seen this matter in purely the manner of “scientific temper” then there would have been community toilets in all villages. If diligently paid at even the NREGS rates, the people assigned the task of cleaning these toilets would have perhaps been the most cash rich persons in their villages!

Instead, and despite strenuous efforts of honorable people like Bezwada Wilson and Ashif Sheikh, the persons engaged in that occupation are at the very bottom of the social system even now. And above all, the whole architecture of Swachh Bharat Mission would have been different and possibly more useful, cost effective as water supply to fewer locations would need to be ensured.

Alas! As the poet says, what might have been and what has been point to the same end. Be that as it may, those fighting superstitions and being so noisy about it on social media and public platforms could be far more productive, were they to focus on these two dimensions of folklore and faith, since sustainability is aided by effective use of resources that will be dependable.