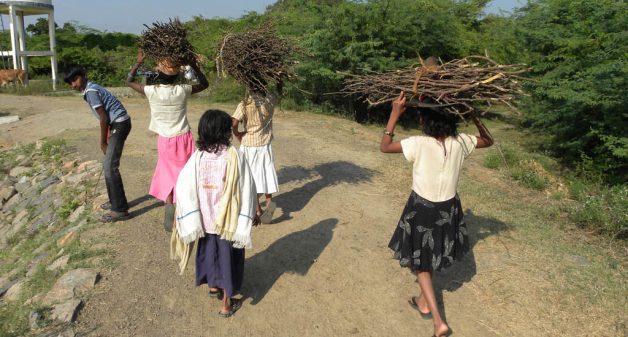 Gender roles and norms are so ingrained that children carry out the duties expected them, without questioning patriarchal systems (Photo by Jency Samuel)

While I sat in my balcony, observing the commotion on the road, my thoughts went back to the time I had spent in Kantain village of Sitapur district in Uttar Pradesh till a few weeks ago. My thoughts were a mixed bag of deep rooted social problems affecting the community, and of pleasant experiences interacting with children and several adults.

One thing that really stood out was the normalization of patriarchy in rural regions. Patriarchy is so ingrained in the social system that it affected me almost each and every day that I lived and worked there.

In all the households, it is men who go out to work. Women are supposed to do the household chores and look after the wellbeing of children. The work is distinctly separated that there are times when the father doesn’t know if his child has gone to school or why he/she has remained at home.

Women have been relegated to private spaces while men have the public spaces for themselves. This goes back to the purdah system that still exists in a lot of families. There are men and older women who believe that women should remain behind the veil. The segregation of physical spaces combined with gender roles lead to gender norms.

I spent eight months, helping design a community library and monitor the school publication system. In the staff room, I got to hear at least one extremely misogynist remark. For example, the discussions were around how much freedom a woman should have before and after marriage, and the like.

People would pose several questions to me. They wondered if anyone would marry me when I didn’t know how to cook. “How will you find a husband who will be ready to cook and share 50-50 responsibility in the kitchen?” was one of the questions put in a lighter vein.

Initially I wondered if I should respond to such questions. But as new topics cropped up every day, I was pushed to voice my opinion. Being in a male dominated staff room, my voice wasn’t taken as seriously as that of a man.

There are various levels at which I have had to deal with this. In the village, people expressed astonishment at my presence, since I was far from my hometown, and questioned me. They questioned my decisions.

In the households I visited, I observed how parents treated their male and female children differently. When asked about their preference, despite financial instability, married couples expressed the desire for a boy.

A male clerk and his wife, both working in a school, have four daughters. Two other daughters had died of malnutrition. The administration forced him to sign a statement that he would be relieved of his job, if he were to have more children. He, and more importantly his wife, still want a male child.

There are so many restrictions on what to wear, how to wear, how to keep your hair, how to walk, and even how to smile and laugh. The system around gender dynamics is repressive. Women are seen as submissive in nature.

Once I saw a young boy taunting his older sister when she wanted to buy a pair of jeans. He said it was time she started buying kurtis. It was obvious that the girl felt bad, yet didn’t say a word. A girl hailing from the village, studying in Bengaluru, does not open her mouth in favor or against anything when she visits Kantain during summer vacation.

Drawing reference from Plato’s work Republic, on the allegory of the cave, an enlightened person needs to come back from the other world to the cave to let the inmates know about the outer world. It was up to the inmates to believe him or not. Gradually, the process would bring about change.

However, the girl who is aware of empowerment and feminism gets subdued under the overpowering nature of patriarchy and thus, when she returns to the cave, she chooses to be like the other inmates, taking it as temporary. She might rebel at times, but never enough to break free of the shackles.

Change will not happen overnight. Because of the strong beliefs in gender roles, attaining equality will be a longer process. It is not fair to generalize that men always do what they want. But if we compare, women are lesser privileged than men. With such dynamics, men not wanting to give up their privileges plays a big role in keeping patriarchy intact.

I observed low-key feminism in school children, more in adolescents. They are vocal about any unfair treatment meted out to them. The girls compete with boys in every aspect, academics, sports and co-curricular activities, with the hope to be on par with the boys who have been placed above them by society. However, once they reach home, they become docile.

It is not a single dimensional problem. The intersection of caste, class and gender is deepening the roots of the problem. On a daily basis, I see a mix of oppression and agitation. My hope is for this agitation to grow for the betterment of society so that no one asks a girl why she works away from home or why she wears a certain apparel.

Swati Sradhanjali is an India Fellow who worked with Milaan in Sitapur, Uttar Pradesh. She is a political science graduate, doing MS in development studies in London. Views are personal. 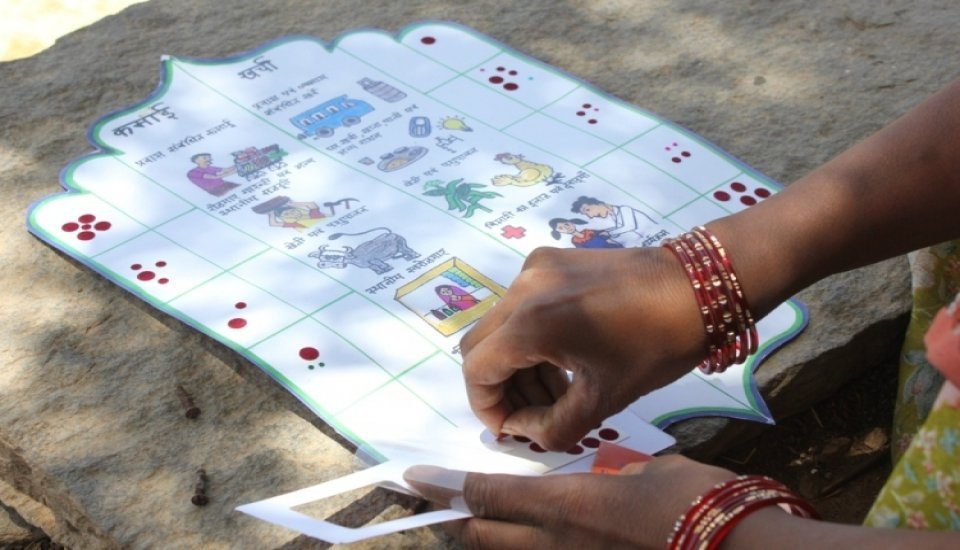 Unable to access loans in financial institutions for livelihood, rural workers borrow money from informal credit sources; it leads to a never-ending cycle of debts